The most immediate effects of the Las Vegas mass shooting in which 59 people were killed and 527 more were injured included mixed returns on the stock market and increased generosity on crowdfunding sites.

But one thing that hasn’t changed in the aftermath of the tragedy is the prevalence of gun advertisements on the internet. One site is particularly upfront about offering firearms to its users.

USA Carry features gun reviews, a discussion forum with 50,000 members and a directory of firearm instructors and gun stores. The site, which is among the first results on Google when one searches “concealed carry laws,” also includes a direct link for users to join the NRA.

But its marquee feature is its Concealed Carry Map, which lists what states allow you to carry a gun in public, either on your person or in close proximity. The map also shows which states have reciprocity agreements with each other, meaning even when a resident visits another state they can still abide by their home state’s concealed carry law.

No matter how one feels about the content on USA Carry, however, its ads are especially eyebrow-raising in light of the Las Vegas massacre. The site features banner ads for high capacity magazines, concealed carry permit classes and “accurate, deadly, dependable” Hornaday ammunition.

But the ad that raised the most hackles today appears before users even enter the main site. Once they click the USA Carry URL on Google, they are greeted by a full page ad asking “Would you like a free gun?” If you don’t want the firearm, you can enter to win a laser, a holster, a gun belt, a gear bag or ammo.

Once users get to the site, they are greeted by a similar banner ad offering a free gun or one of 11 other prizes to those who sign up for USA Carry’s newsletter.

It’s quite possible that the site utilizes an automated ad server that automatically places gun advertisements. These servers surface ads that relate to the content on websites—in this case, matching guns to guns.

But in the aftermath of one of the deadliest mass shootings in American history, when concealed carry is at the top of many peoples’ minds, giving such prominent placement to ads for free firearms is questionable.

The Observer contacted USA Carry (which is based in Madisonville, Lousiana) asking the site to clarify its ad serving procedures. We will update this post if they respond. 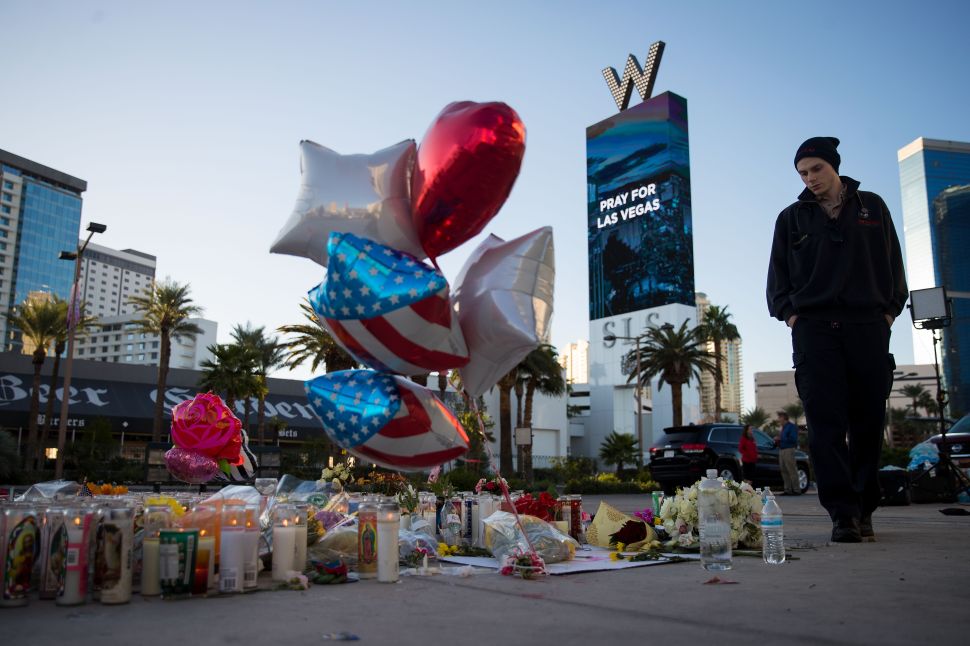