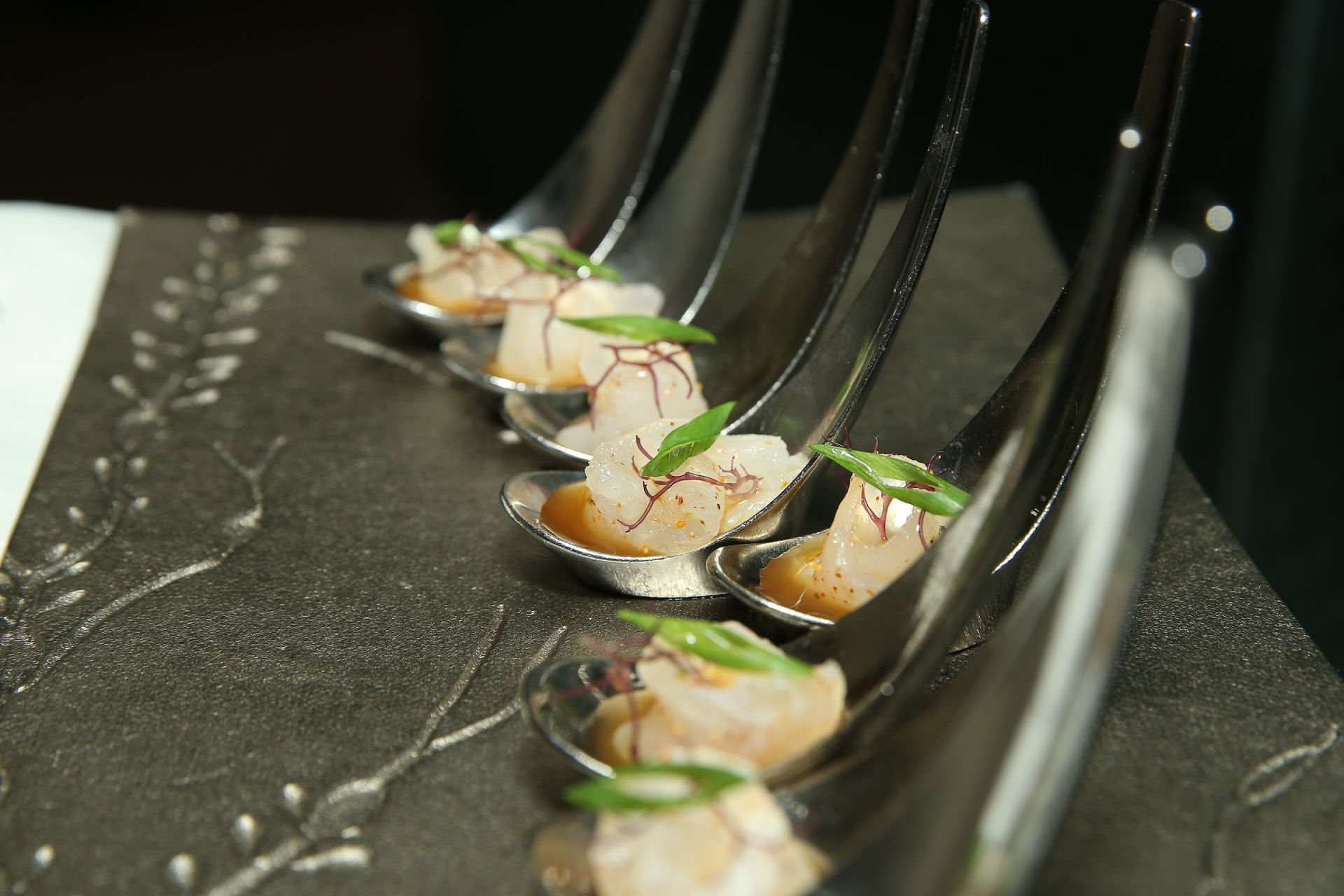 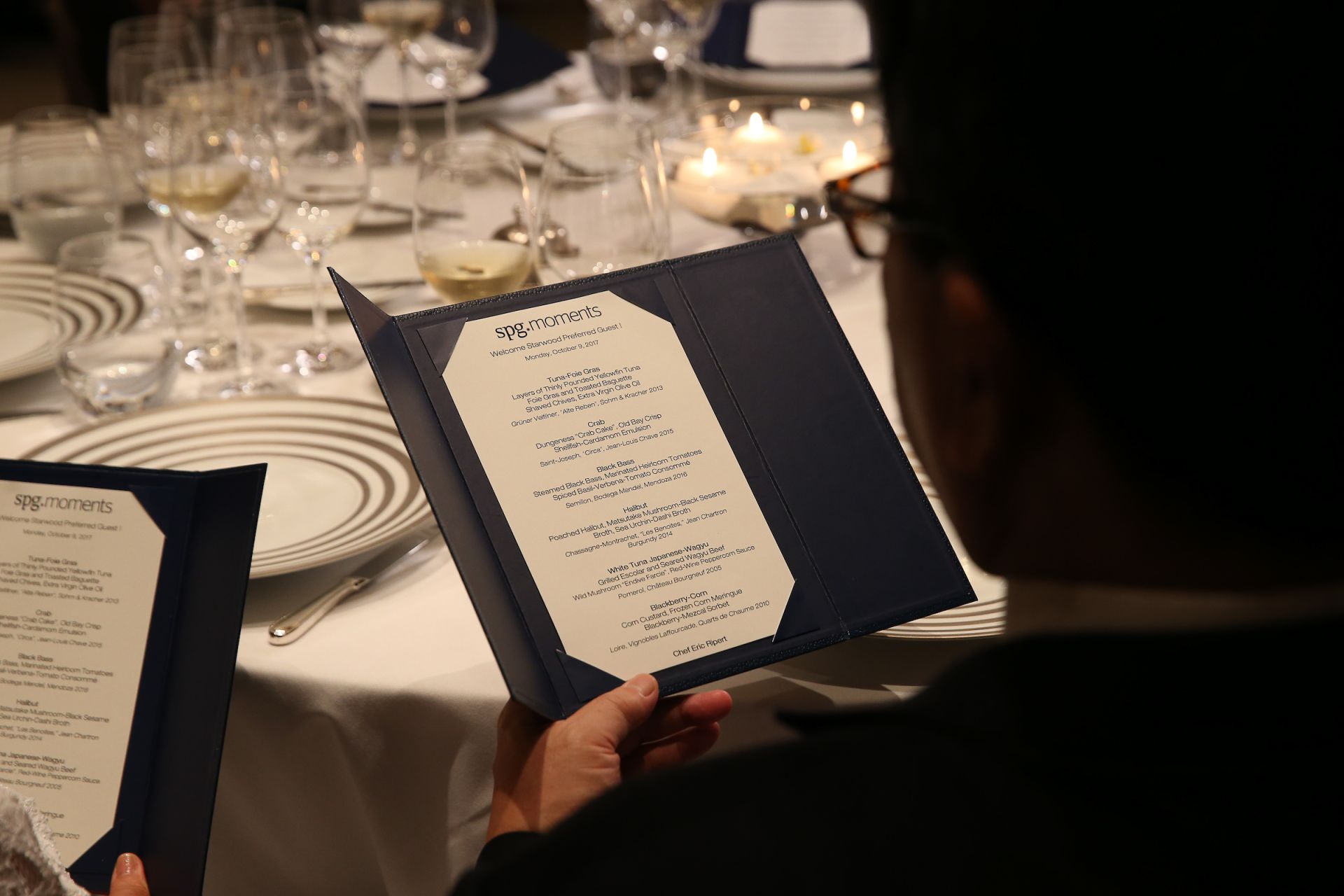 The six-course tasting menu was specially prepared for the evening.
Mark Von Holden 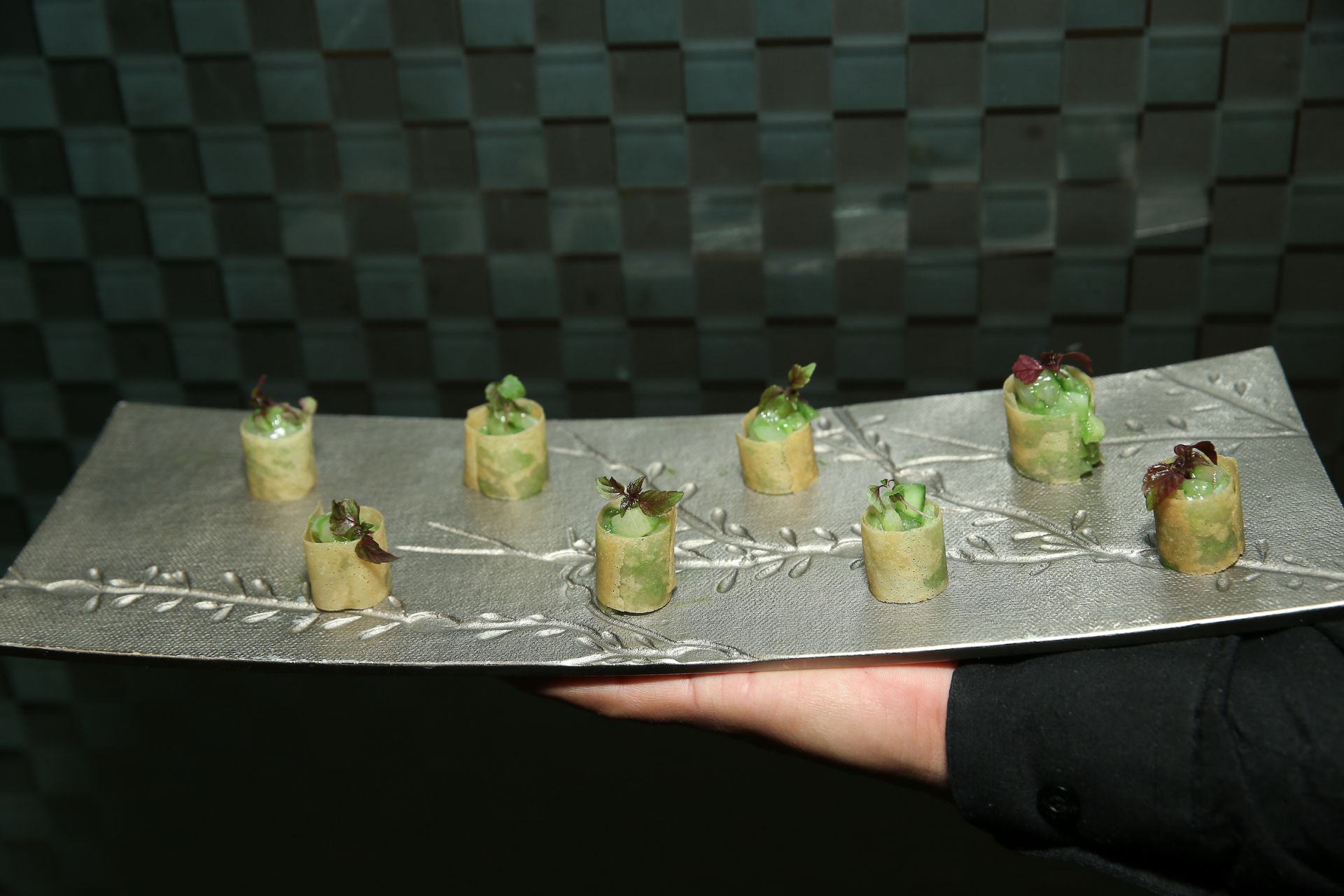 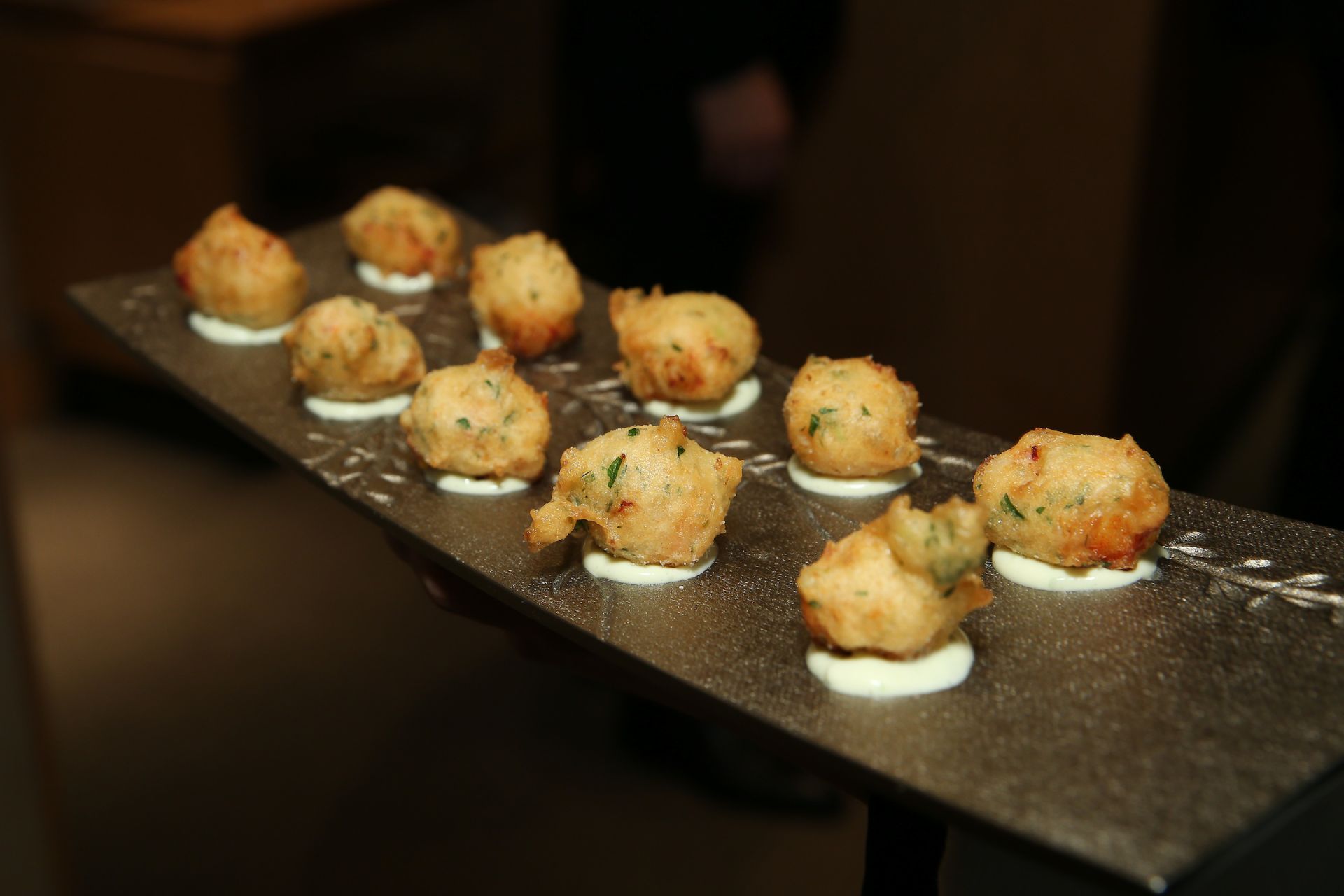 The start to the many canapés.
Mark Von Holden
Advertisement 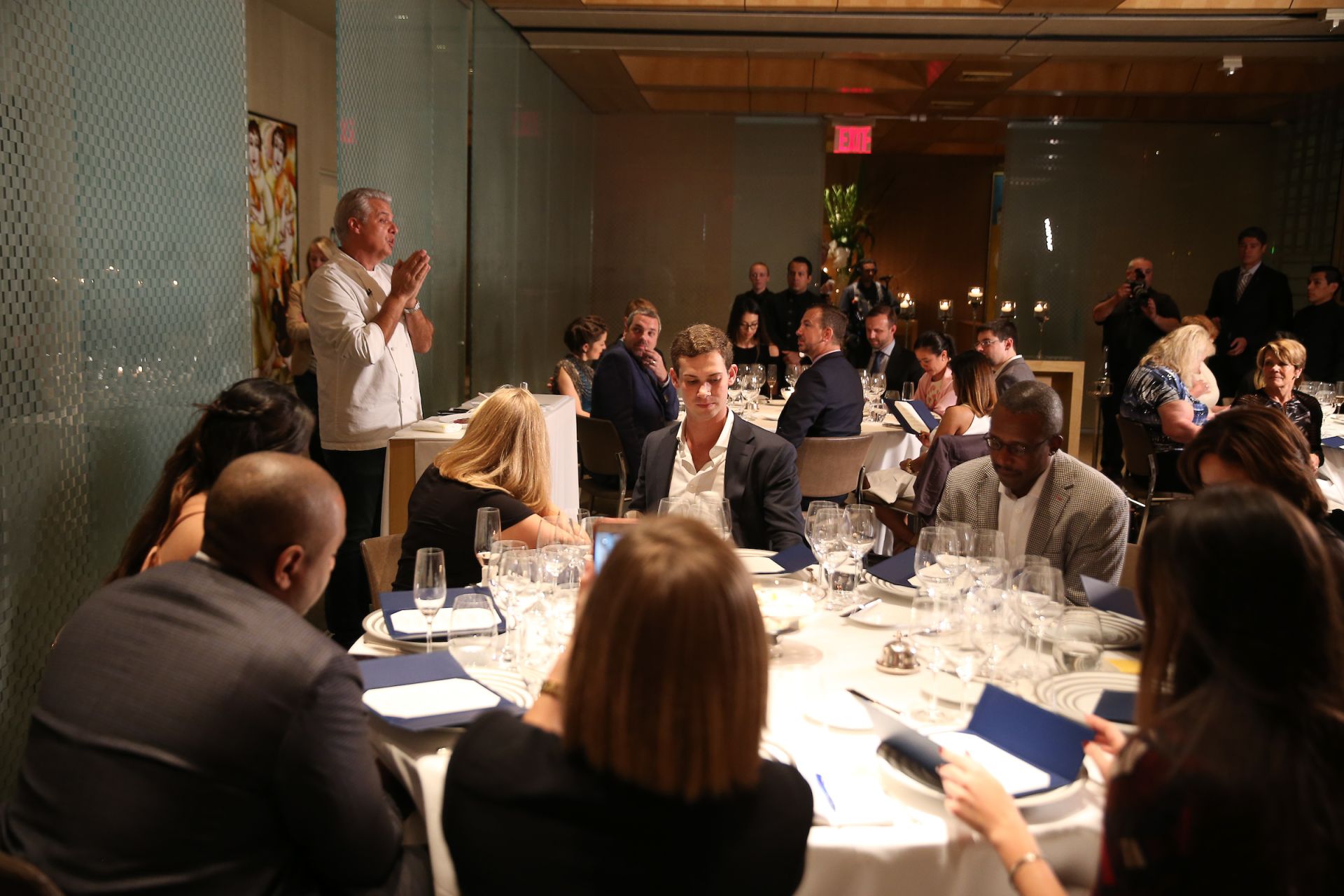 Each of the 15 attendees brought a guest.
Mark Von Holden 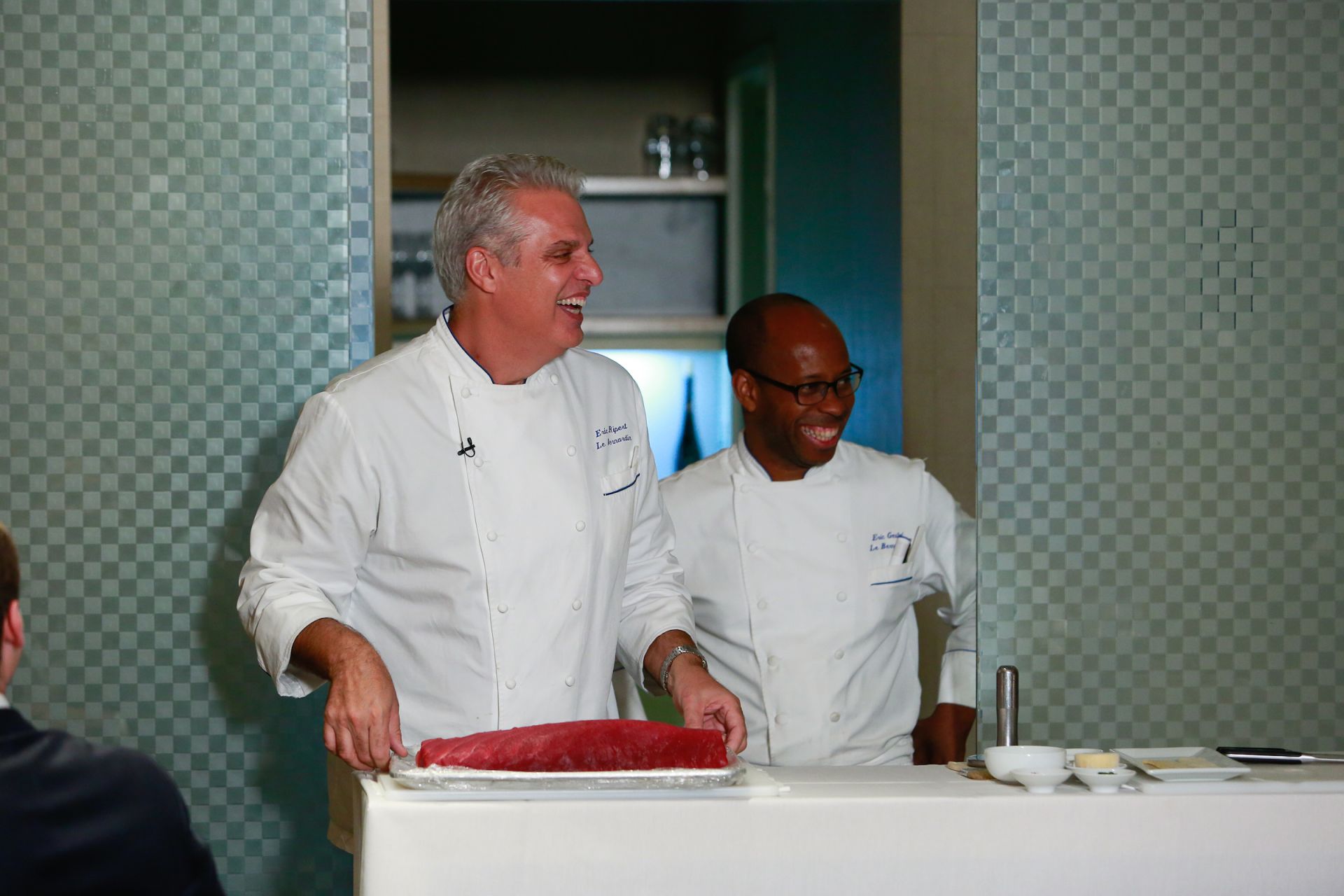 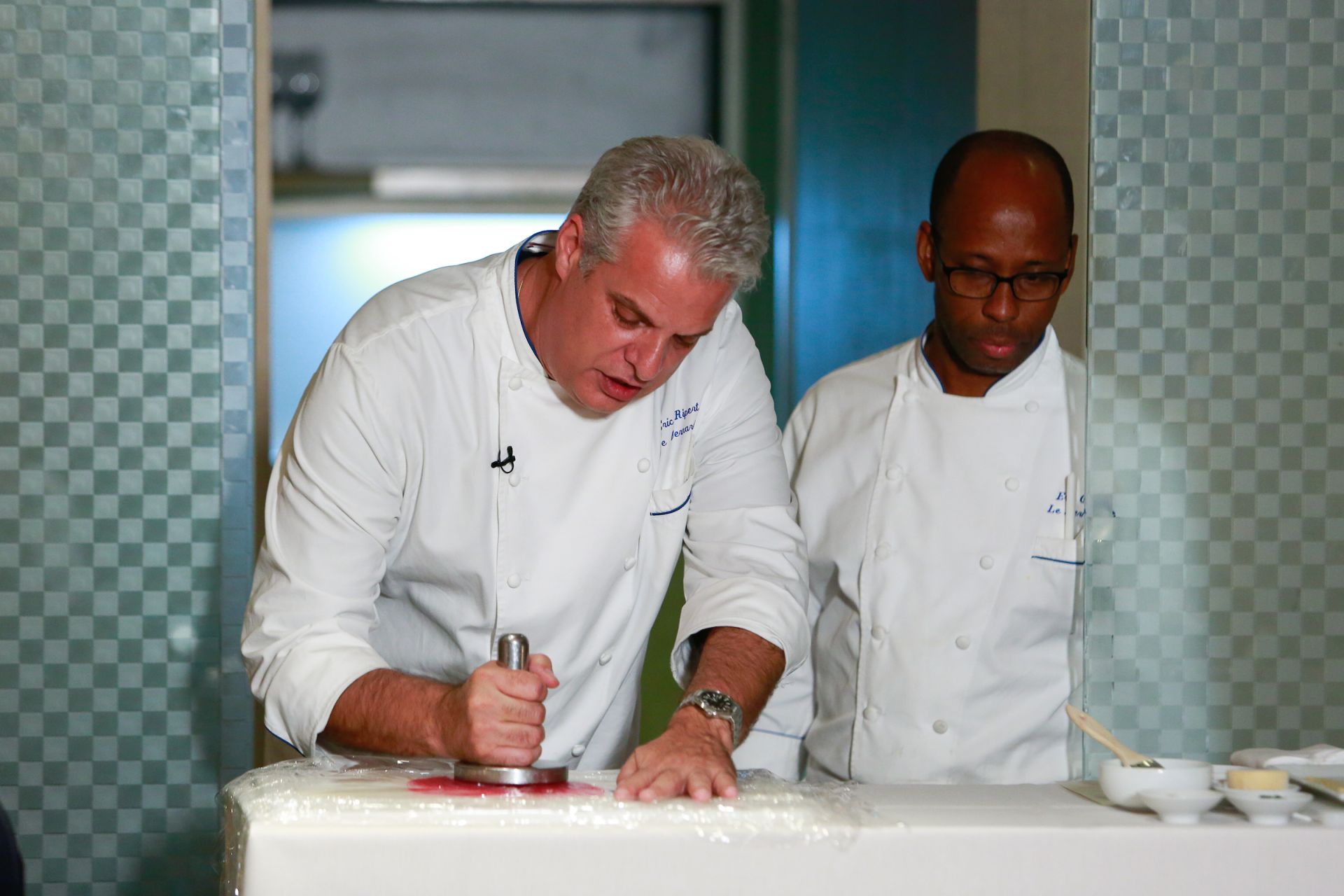 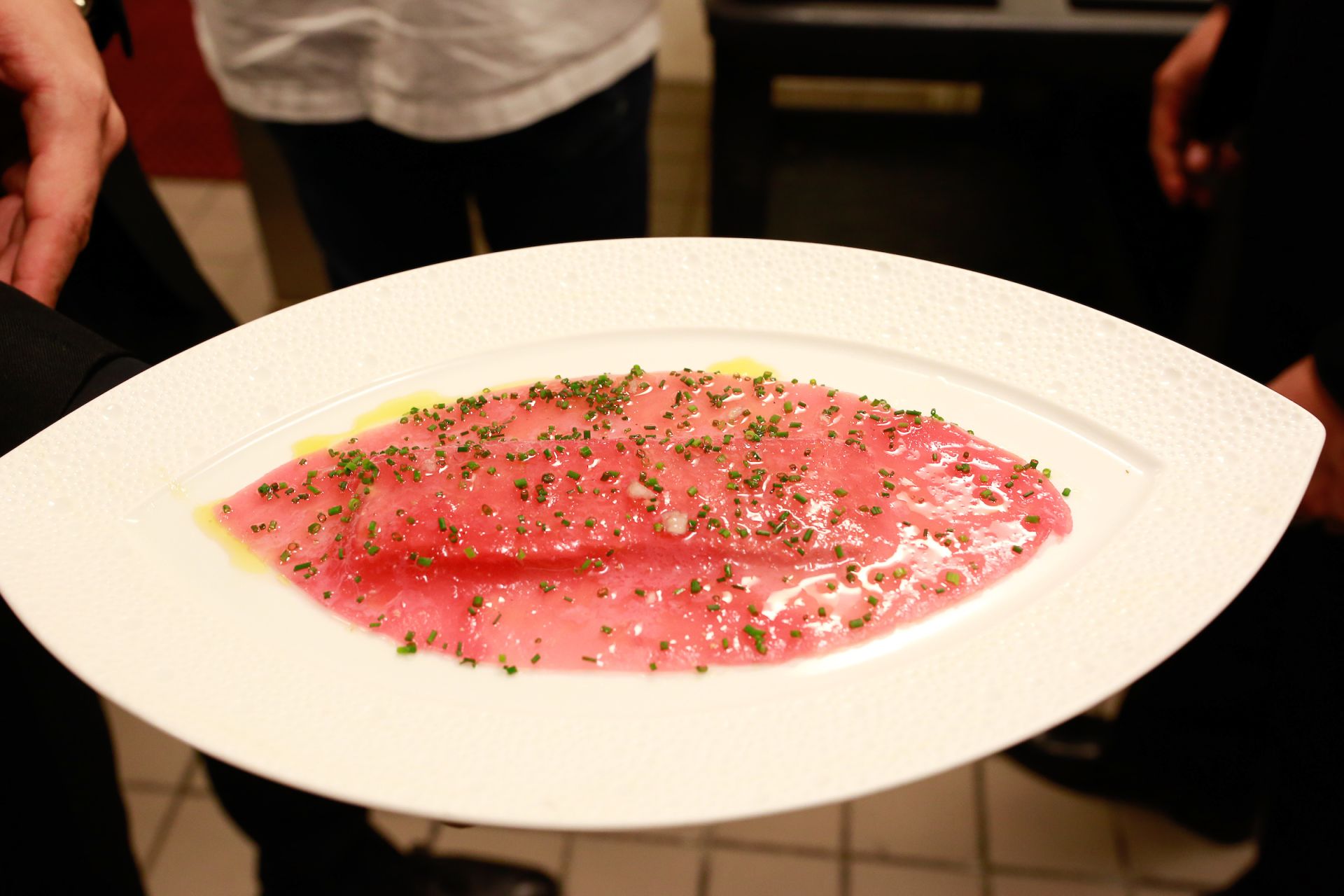 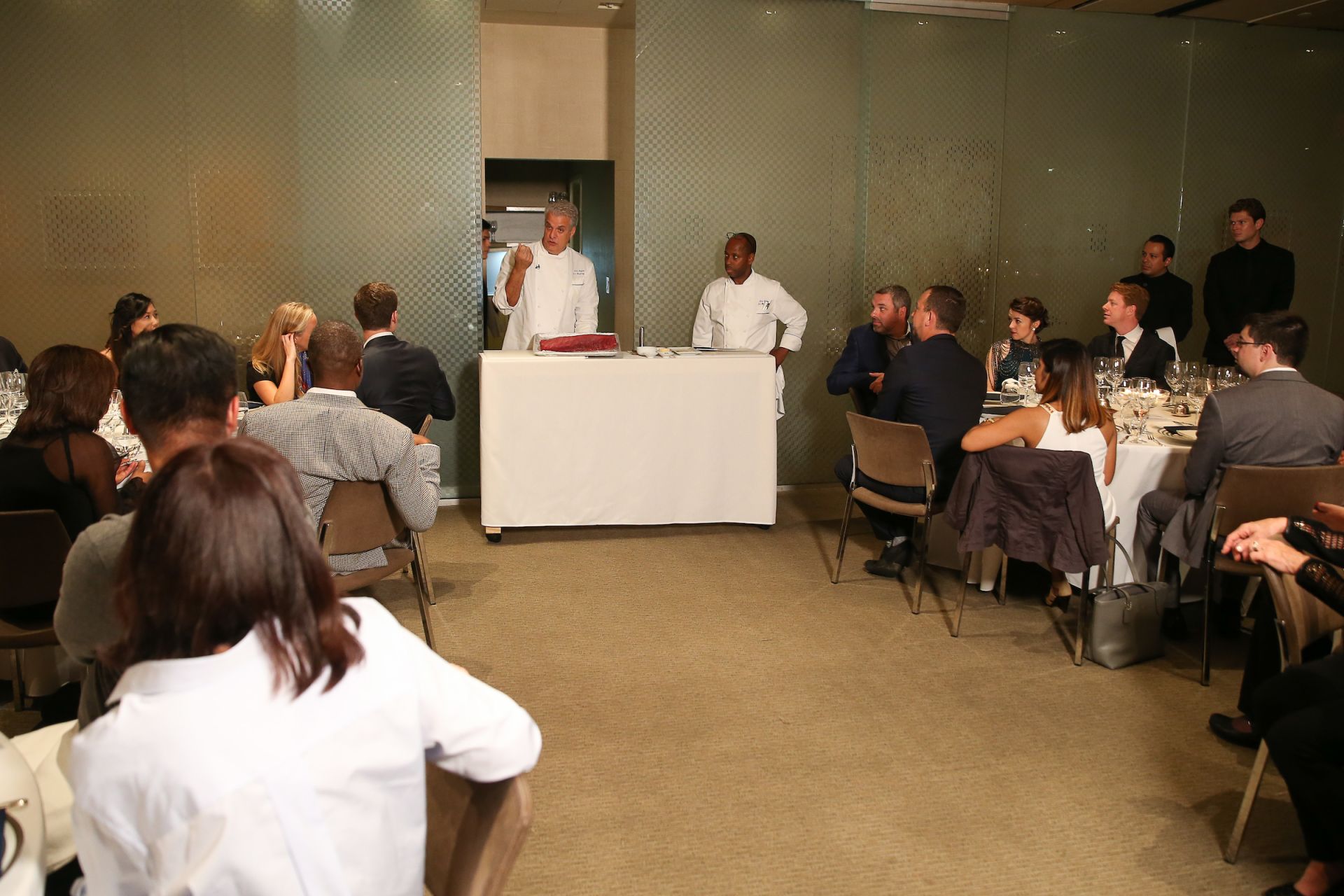 Members who redeemed their points for this particular master class were in for a very special night.
Mark Von Holden 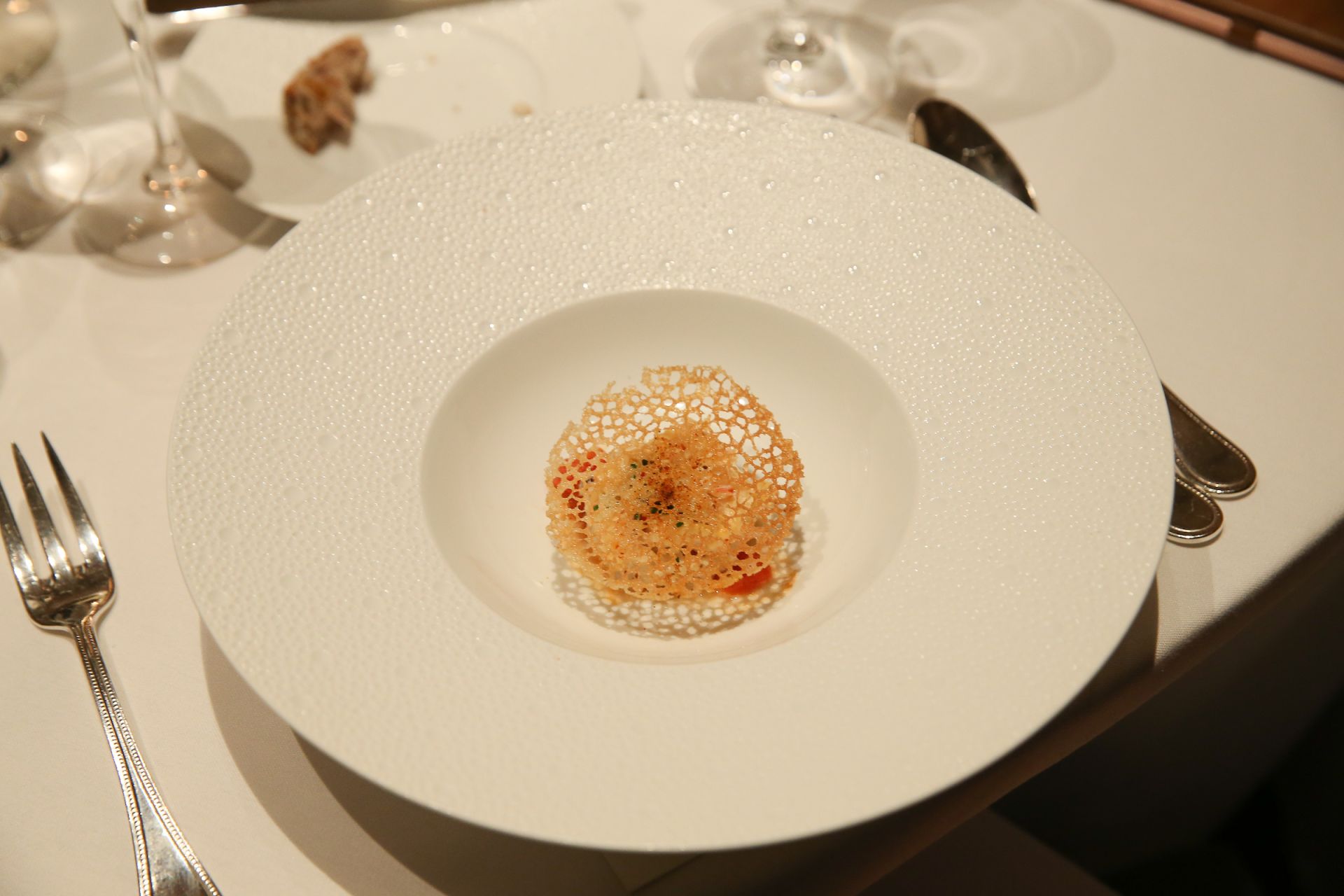 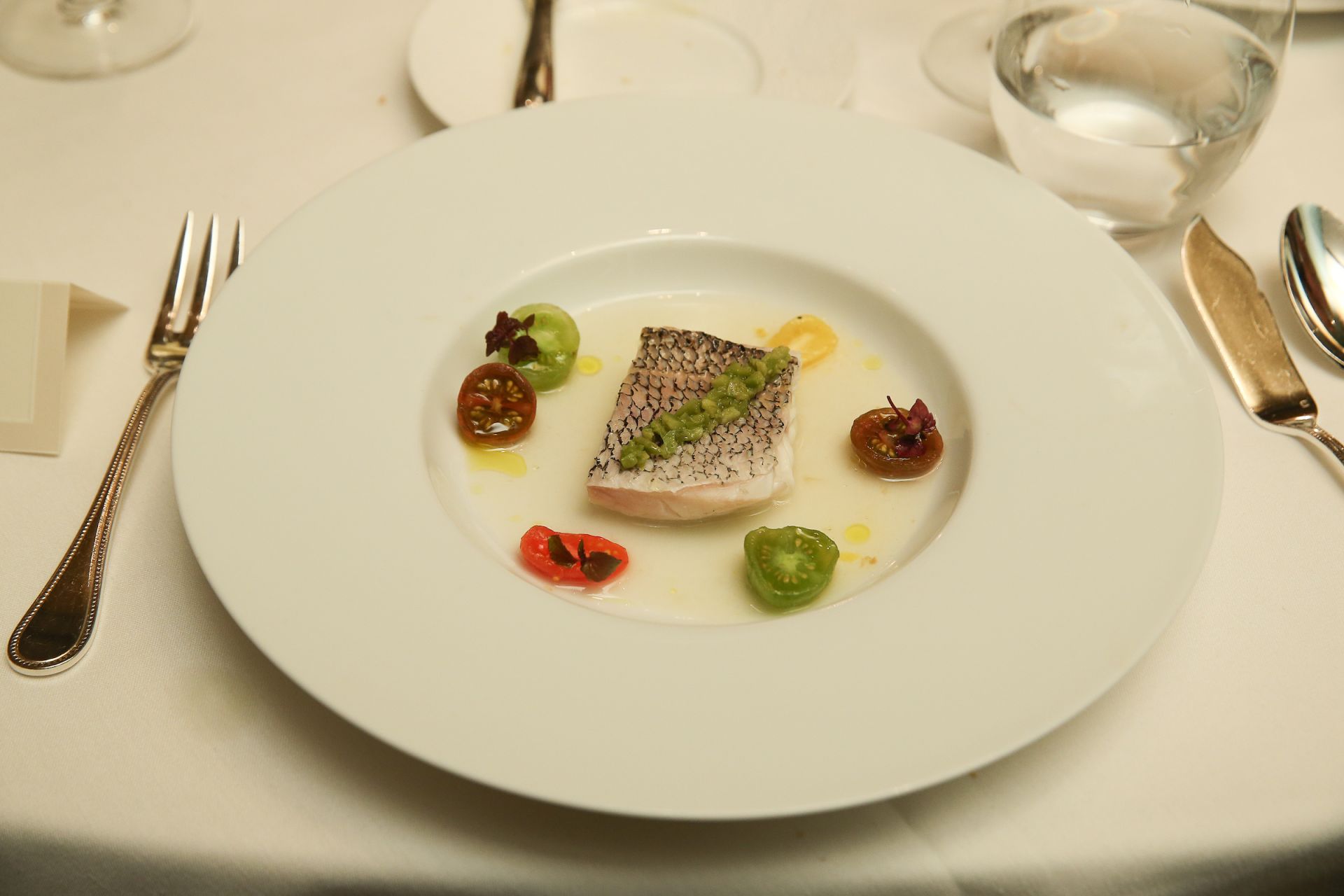 Guests were gifted with a signed book by Ripert at the end of the night.
Mark Von Holden 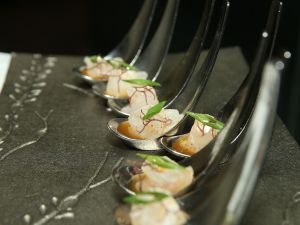 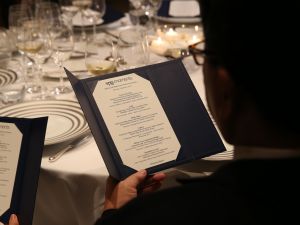 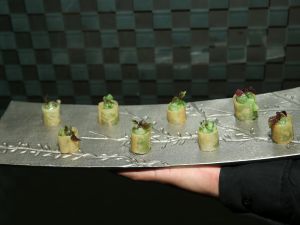 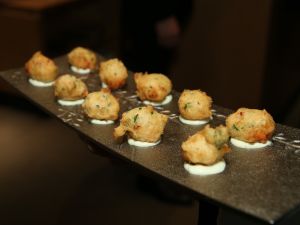 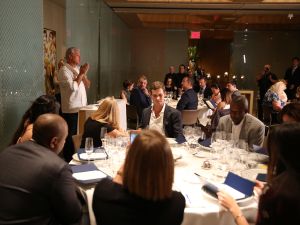 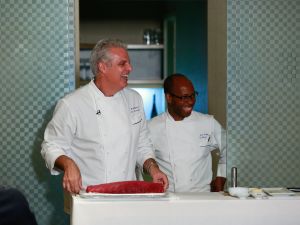 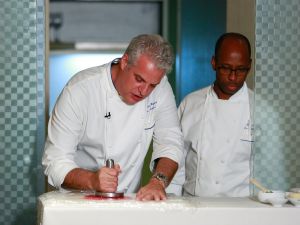 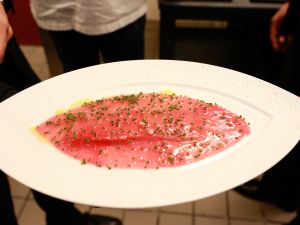 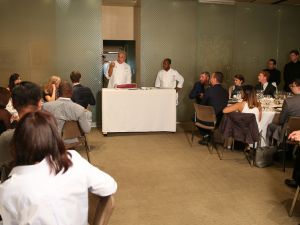 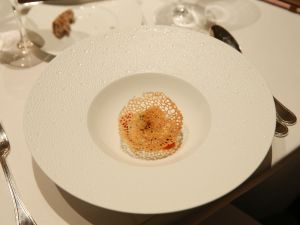 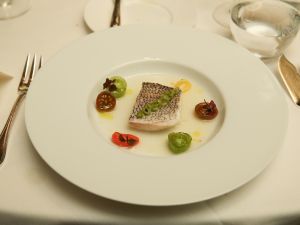 This week, lucky guests gathered at Le Bernardin for a private dining event that would make any foodie envious.

The special dinner is part of SPG Moments, where travelers cashed in their hard-earned points for a truly priceless evening. Loyalty points are earned through participating Marriott hotels (like the W, Ritz-Carlton, St. Regis and more), approved credit card purchases and flying with airline partners, like Delta and Emirates.

The Le Bernardin Master Class is considered one of the best and one of the most difficult events to get into. After all, members had to bid to redeem between 65,000 to 80,000 points to get a spot at the event; luckily, each of the fifteen successful bidders was allowed to bring a plus-one to dinner.

Those who chose to attend the event were, for the most part, there for the serious culinary opportunity it provided, especially for the guests they brought along. “It’s my girlfriend’s birthday…she loves cooking and has always wanted to go to Le Bernardin,” one guest said.

Another diner explained: “We love art, we adore food and are inspired by the geniuses that bring art and food together. To watch and learn from someone with such renown is a huge opportunity and something we are very excited to be a part of.”

The night began with a cocktail reception, replete with rosé champagne and plenty of canapés, before the Michelin star restaurant’s chef, Eric Ripert, led small groups on a tour of the kitchen. Guests received an experience that was “custom-made, just for them,” Ripert explained, adding that it’s not an everyday occurrence that guests get to venture behind-the-scenes at Le Bernardin. “We don’t take everyone from the dining room to the kitchen. But tonight we’ll make a little bit of an exception for them, to feel the energy of the restaurant.”

While many of the world’s most acclaimed restaurants often treat food allergy restrictions with a rather disdainful attitude, or at the very least a disapproving look, it was not the case at Le Bernardin—the waiters made note of my various food allergies and made any modifications without hesitation. They even brought a special version of a sauce for the white tuna and wagyu beef course, which followed crab, black bass and halibut.

But before guests were brought the first course, Ripert led a cooking demonstration that involved an enormous piece of tuna. The world-renowned chef offered plenty of knowledge and expertise, though what personally stood out the most for us is that fish should never actually smell like fish.

Playing with Halibut & Matsutake…one of the most Delicate & fragrant mushrooms! @lebernardinny

With that in mind, the first dish of the night, a tuna foie gras, was brought out, with no trace of a fishy odor. It was followed by the aforementioned courses. The customized event also offered the ability for like-minded guests to come together and converse, as many discussed their self-described “foodie” tendencies and what other restaurants they had recently visited or were planning on dining at soon.

“To redeem the points to have an experience [like this], you have to be someone who appreciates food and wine and ‘la table,’ as we say in French,” said Ripert. “I’m very happy to have an interaction with them and to share my passion, share my knowledge, and share what is basically the backbone of Le Bernardin, what is going on the kitchen. That is very exciting.”