Disinformation spread throughout Eastern Europe last week when a foreign news agency referred to a closed panel on the Ukrainian banking sector as a congressional hearing. Ukrainian network NewsOne described the event as the “U.S. Congressional Committee on Financial Issues” even though not a single member of Congress was present. The channel also hyped the “hearing” with having “shocking details” about the “highest levels of corruption in the [National Bank of Ukraine].”

Held in the basement of the Capitol, the space was reserved by freshman Congressman Ron Estes (R-KS). Helmed by former Florida Representative Connie Mack IV (R-FL) and D.C. lobbyist Matt Keelan, the two panelists included Sergiy Taruta (a billionaire member of Ukrainian parliament who previously served as governor of Donetsk in eastern Ukraine) and Oleksandr Zavadetskyi (a former NBU employee who claimed to have been fired after asking questions regarding bank nationalization procedures). All four parties discussed the Ukrainian banking sector while criticizing former NBU governor Valeriya Hontareva (an ally of Ukrainian President Petro Poroshenko who resigned in April after receiving death threats).

Former CIA Director and Trump campaign Advisor James Woolsey was also in attendance, lending the event more legitimacy. Before the sparse crowd, he spoke about when he helped negotiate a conventional arms treaty in Europe and what he wants from Ukraine and other Baltic states going forward.

“I would love to see the international events work out in such a way that we end up being able to do two things,” said Woolsey. One, is to deal with the existence of corruption in the way that you referred to and that many people here are experts on. And the other is to keep Ukraine and other states in the region, such as Poland, from feeling that they are constantly under pressure from Russia to do the wrong thing.”

Attendees received a report titled “HONTAREVA: Combatting Corruption in the National Bank.” Penned by Taruta, the paper was criticized by the Ukrainian fact-checking website VoxCheck as containing “manipulated” data. After the panel, Taruta told NewsOne, “The fact that we’re here is exactly proof that the American government, the American Congress, are not indifferent to the corruption that is today at the highest echelons of power/government.”

The location of the panel, NewsOne’s description of the broadcast, and Taruta’s follow-up statements all point towards a manipulation of media. The NBU responded by publishing a press release titled, “FAKE! Serhii Taruta Uses Lobbyists to Spread False Information about the US Congress Considering Work of Ukrainian Authorities and the NBU.”

On Monday, Estes’ office told The Daily Beast that the congressman had nothing to do with the event and that they reserved the room “as a courtesy” for Mack “to host an event on allegations of corruption in Ukraine.” Mack is a registered lobbyist at Liberty International Group and Interconnection Commerce, which is reportedly headquartered in the British Virgin Islands and mentioned in the Panama Papers.

An Estes spokesman added that, moving forward, the congressman will attend any event for which his office reserves space.

With the public’s growing distrust towards the press and numerous disinformation attacks linked to foreign governments (most notably Russia), this Ukrainian episode is shaping up to be another saga in the larger existential crisis the West faces over the nature of media. Early last month, the FBI questioned a former White House correspondent for the Kremlin-sponsored news agency, Sputnik. But as this fake hearing proved, even smaller outlets can enter Washington’s corridors of power and affect public opinion on a global scale. 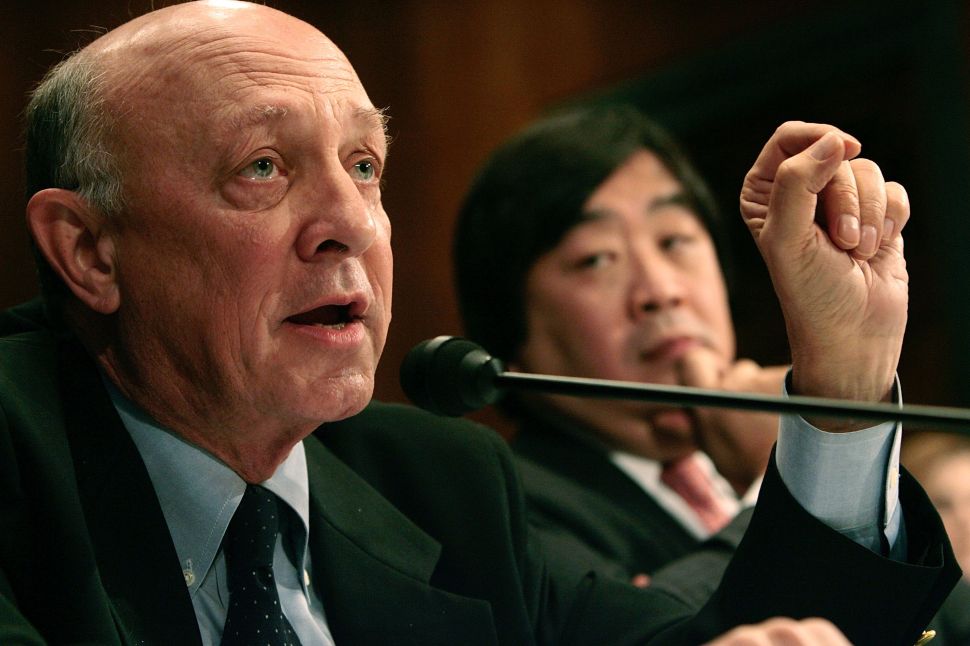