Sorry to burst your bubble, fellow millennials, but television didn’t just suddenly become great in the last 10 years. It’s always been great, just in different ways. From I Love Lucy in the 1950s to Cheers in the 80s all the way through to today’s all you can eat buffet of amazingness, TV has long been churning out quality product. Despite that, there’s always been a delineation between movie famous and TV famous as the small screen was regarded as the little brother of entertainment’s more prestigious medium. The New York Mets to cinema’s Bronx Bombing Yankees.

As box office totals continue to slump, television is on the rise. As the Golden Age of television has given way to the Peak TV era, everything from storytelling to production value and narrative ambition have grown. TV has always been great, but it has reached a pinnacle at the moment. As such, the platform’s reputation has changed rapidly and more and more movie stars are heading to the small screen.

That point was really driven home when Kevin Spacey signed on for Netflix’s House of Cards in 2013, but it isn’t a dramatically new phenomenon. Martin Sheen joined The West Wing in 1999; Glenn Close headlined Damages beginning in 2007. Matthew McConaughey, Woody Harrelson, Oscar Isaac, Reese Witherspoon, Nicole Kidman and others have been celebrated for their recent awards-worthy turns on various HBO projects. Just this week, Mark Ruffalo signed on for a new series from the premium cable network while reigning Best Actor winner Casey Affleck is partnering with director Alfonso Cuarón for a horror TV show. The game is changing, but how? Why? We see three distinct reasons.

For the majority of its existence, television was consumed in a straightforward manner due to the limitations of technology. That meant you had to be in front of your TV at a certain time every week to catch your favorite show, and if you missed it, too bad. This also meant that networks had to produce easy-to-follow shows that could be picked up by anyone regardless of their familiarity with the series. Thus, the procedural—a self-contained story—was born.

But with the advent of VHS, DVDs, DVR and then streaming, staying up-to-date became increasingly easier. Now, it’s nothing more than the push of a button and an extended stay on your couch.

Suddenly, showrunners could tell a sprawling story that played out week-to-week and season-to-season in connective fashion without the fear of confusing audiences and losing viewers. The Sopranos wasn’t the first serialized TV show to adopt that format when it debuted in 1999, but it was arguably the first truly great one that took full advantage of the new storytelling paradigm.

Since then, the formula has been further perfected as television has grown more and more ambitious in its narrative complexity and character depiction. They say film is a visual medium and TV is a written one. Well, that’s true. With more time to develop characters and plot points and greater access to fans came a boldness from showrunners that transformed television into a more compelling and rich viewing experience.

Artists, which many movie stars are and many more fancy themselves to be, are drawn to quality, which has seen a dramatic increase on the small screen since right around the turn of the century. Conversely, the movie landscape has become more and more littered with unoriginal derivatives. The spark has moved on and so has the talent.

Everyone knows competition keeps you on your A-game. It’s survival of the fittest out here and if you can’t cut it, you die. There’s a reason the average lifespan of a new show is shrinking. With increased competition comes a rise in desirable content. Man, Darwin would have a field day.

The TV industry is more cluttered with competition than ever. The Big Four networks (NBC, CBS, ABC, Fox) are trying desperately to maintain their loosening grip on audiences with biggies like This Is Us and Empire, but they are a dying breed. The creative freedom of cable has given rise to FX, AMC, HBO and more and these channels have leveraged that into critically acclaimed and highly-watched content.

The streaming industry is an even bloodier mess. Netflix has several buzzy and critically acclaimed series that not only compete for Emmys and Golden Globes but also leave a significant pop cultural footprint. Hulu just won the first ever Best Drama Emmy for a streamer with the phenomenal The Handmaid’s Tale. Amazon, which just saw studio head Roy Price resign over sexual harassment allegations, is publicly searching for the next Game of Thrones. That’s to say nothing of newcomers such as Facebook, Apple, Snapchat and Disney.

There are more viable options than ever for movie stars to choose from when it comes to selecting their next project. No longer do they need to be hamstrung from overbearing egos at major Hollywood studios or see their passion projects fall through the cracks. How could they not be attracted by the promise of creative freedom and a big ol bag of money (the same goes for filmmakers)? Speaking of which…

The production value and scope of television continues to peak. Spending is up virtually across the board, especially in the streaming industry. Netflix will bump its content budget from $6 billion this year to as high as $8 billion in 2018. Amazon is estimated to have invested $4.5 billion in content this year and Apple is budgeting $1 billion for its entry into the original content arena. HBO dropped $100 million on the first season of Westworld and the final season of Game of Thrones is said to cost north of $15 million per episode ($10 million per episode is considered very expensive in TV). Bigger budgets usually means better looking television and a willingness to spend whatever it takes to win George Steinbrenner-style.

It also means fatter paychecks for movie stars working an easier schedule than the grueling Hollywood blockbuster grind. Robert De Niro was set to be the highest-paid actor on a drama series in television with a $775,00 per episode salary before he exited David O. Russell’s Amazon series due to the Harvey Weinstein scandal. Dwayne “The Rock” Johnson pulls in $650,000 per episode for Ballers while Spacey and Claire Danes are sitting pretty at $500,000 and $450,000 per episode for House of Cards and Homeland, respectively.

Looking at all this, is it any reason why there’s been on exodus of A-list talent to television? 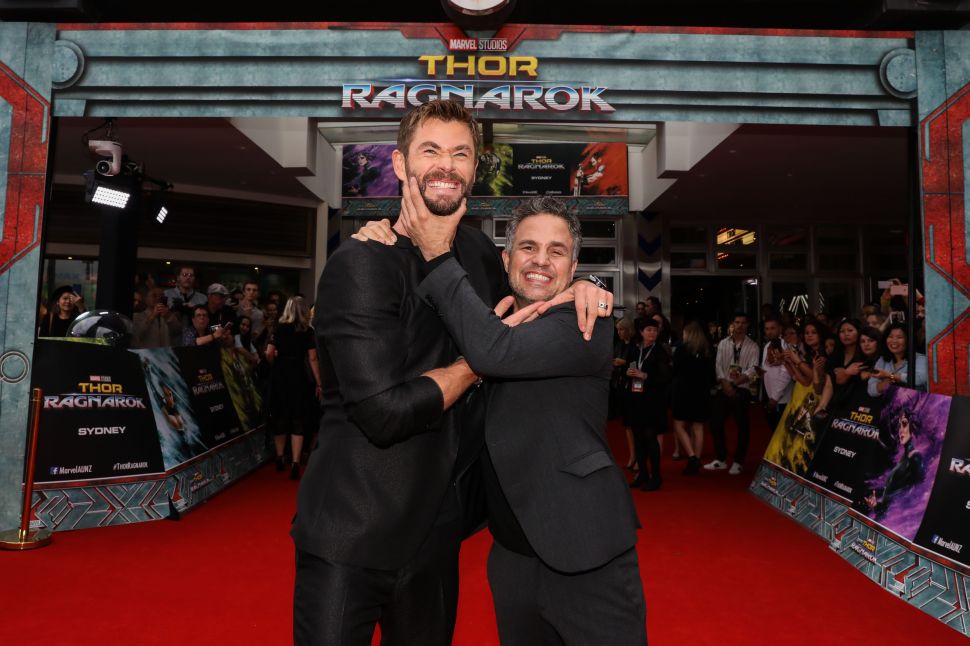