Saturday Night Live returned for a new season over the weekend and is already under the microscope. During the “Weekend Update” segment, co-host Michael Che pulled no punches when discussing President Donald Trump‘s handling of the Puerto Rico relief effort.

Che railed against Trump for failing to provide adequate support to Puerto Rico in the same way that he did for Texas and Florida following the recent hurricanes. In the segment, Che said:

“This isn’t that complicated, man. It’s hurricane relief. These people need help. You just did this for white people, twice. Do the same thing. Go tell Melania to put on her flood heels, get some bottled , some food. Pack up some extra Atlanta Falcons Super Bowl T-shirts. And write them a check with our money, you cheap cracker.” Later, he called the president a “bitch.”

You can watch the full rant below:

This is what I'm talking about… Michael Che is on 🔥 🔥 🔥 tonight!!! 👏👏👏#SNLPremiere #SNL pic.twitter.com/hdgPeU9IS3

Last season, SNL saw its best ratings in more than 20 years largely thanks to its popular focus on the Trump administration. Alec Baldwin even won an Emmy for his impersonation of the president. However, many feel as if Che’s comments were inappropriate.

Name calling from the left is allowed. It is disguised as entertainment & swallowed like dessert while they all pat themselves on the back

To all liberals, if ur not mad because Michael Che from SNL called TRUMP a "cheap cracker", then I don't want to hear about Trump's comments

Michael Che – POTUS is a "bitch", "cheap cracker". Where is the racist label, call for firing, MSM outrage, & demand he never work again?

He calls Trump a "cheap cracker." On national TV.

Would a comedian still have a job if he called Obama a "nigger?" https://t.co/g6d2FZ9h1X

The Huffington Post’s Yashar Ali offered an alternative take, saying that while he doesn’t approve of the term “cracker,” he does not believe it is comparable to derogatory racial terms against African-Americans.

1. It's not a partisan statement to say it's inappropriate for you to use the n-word.

2. To equate the n-word with "cracker" is not only offensive it's just plain inaccurate.

3. You could have made your point without using the n-word..that's what this is about. https://t.co/9QyqEx3tjE

I don't like use of "cracker"..just as I don't like it when people say "white trash" but there is no equivalent between those and the n-word https://t.co/pVPDteIvaY 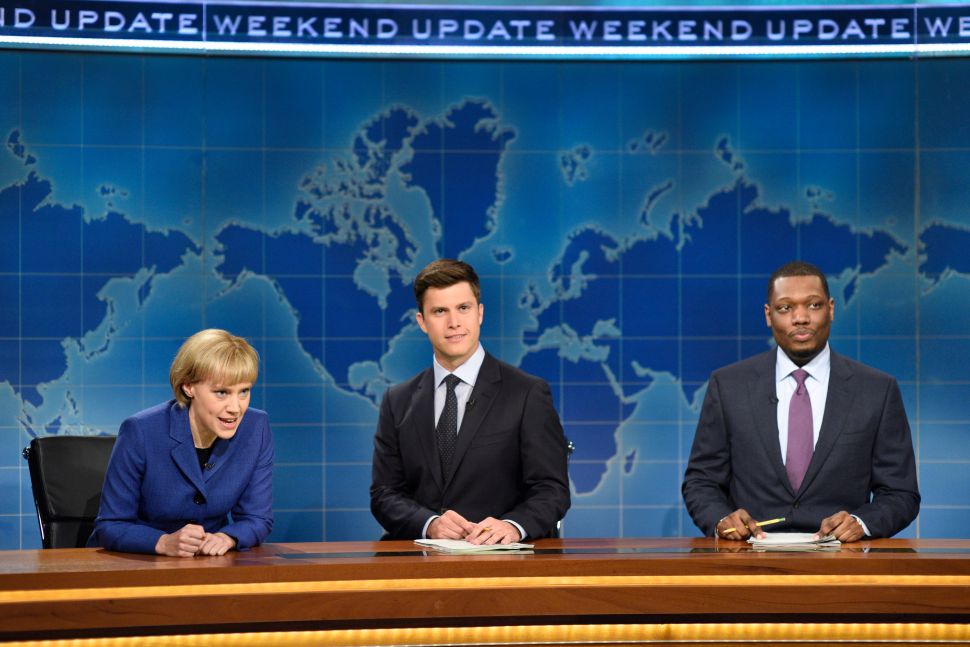