Vice President Mike Pence announced on Wednesday that he will visit the Middle East in late December. He plans to meet with Egyptians, Israelis and Palestinians. This comes on the heels of Secretary of the Treasury Steven Mnuchin’s visit on Thursday to Jerusalem.

Pence’s agenda is clear: His discussions will center on protecting minorities (especially Christian), Iran, ISIS, and the Arab-Israeli conflict.

Naysayers who criticized the Trump administration for not prioritizing the Palestinians’ and Israelis’ dispute have been proven wrong. Similarly, pundits who condemned the White House for delegating the sticky situation to three novices—Senior White House Advisor Jared Kushner, Special Envoy Jason Greenblatt and Ambassador DavidFriedman, all of whom are intrepid supporters of Israel rather than impartial career diplomats—now know that their condemnation was baseless.

There are two gaping holes in this particular tirade against the White House.

The first is that the president chose unabashed and unapologetic supporters of Israel—including Vice President Pence—to handle this mission, showing his determination to resolve these long held animosities.

The second hole is that the U.S. wants to find a workable, livable resolution to the problem precisely because it is partial.

No one in the region, Palestinians included, believe that the U.S is impartial. This was true even when previous U.S. administrations were outwardly hostile toward Jerusalem. Though the U.S. always favored Israel, at the time Palestinians felt there was a pro-Palestinian advocate involved in the process.

Pence announced his upcoming visit at a dinner dedicated to raising money and awareness to save and protect Christians in the Middle East. It was hosted by In Defense of Christians Summit 2017.

Two minutes before announcing his trip to the Middle East, the Vice President tweeted, “We will no longer rely on UN alone to assist persecuted Christians in the wake of genocide & atrocities of terrorist groups. #idcsummit2017.”

During his speech at the summit, he announced that the U.S. will deliver money to protect Christians and other minorities. This money has historically been sent through the United Nations, but instead Pence is directing the federal government to give it directly to communities in need.

Pence said, “One of the messages that I will bring on the president’s behalf to leaders across the region is that now is the time to bring an end to the persecution of Christians and all religious minorities.”

He continued, “From this day forward, America will provide support directly to persecuted communities through USAID… Our fellow Christians and all who are persecuted in the Middle East should not have to rely on multinational institutions when America can help them directly.”

But the Arab-Israeli conflict isn’t Pence’s only matter of business for his upcoming visit.

ISIS is the biggest item on his agenda for his visit to Egypt. Egypt will surely ask the U.S. to tone down any condemnation leveled against it for the way it conducts its war against ISIS. It wants cover from the United States for its use of strong arm tactics, which violate U.S. sensibilities and probably U.S. human rights standards as well.

The Palestinian Authority’s biggest goal for their meeting with Pence is to inform the United States, through Pence, that they are not powerless and that the rest of the Western world is lining up behind them. Palestinian leadership is trying to flex its diplomatic muscle and determine if they can go it alone.

As for Israel, Jerusalem is in a very good position. Pence will try to explain to Israeli Prime Minister Benjamin Netanyahu that making explosive moves during incendiary periods is bad for public relations efforts.

Israel will ask for the green light to attack Iran if it continues its march toward nuclear weapons. Pence will ask that Israel collaborate with the U.S. and not act on its own.

Hopefully, Vice President Pence will successfully maneuver through all agenda items. But if all he accomplishes is offering support to Middle East Christians, it will have been a trip worth taking. 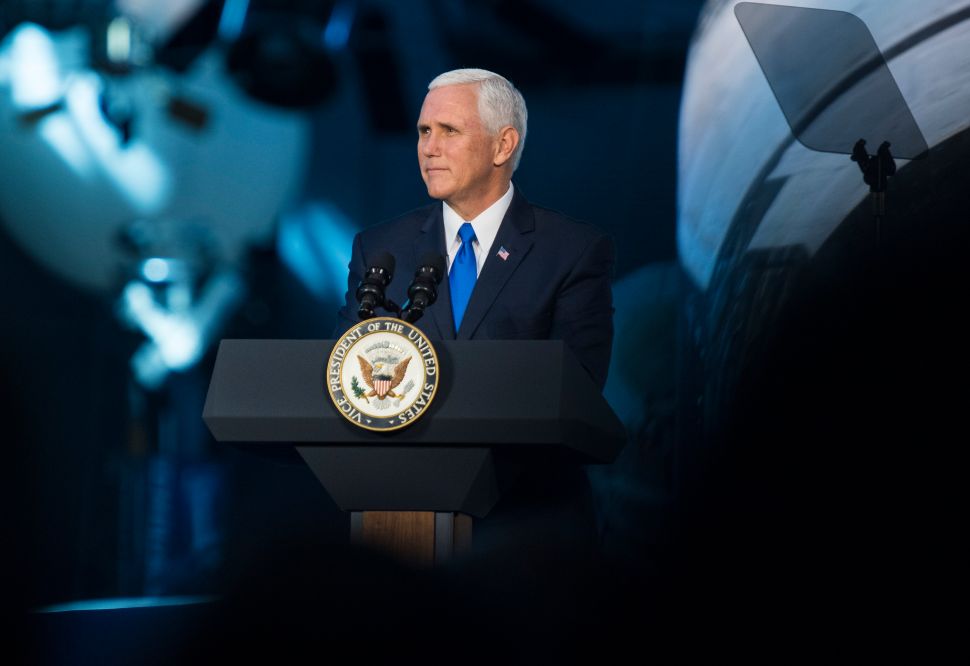