Vice President Mike Pence cost taxpayers almost a quarter million dollars to execute a transparent political stunt he planned with the president to once again diminish the First Amendment. Pence flew Air Force 2 round trip to watch the Colts game on Sunday and exited before the game started, because some players from the 49ers took a knee for the national anthem. According to POTUS’s twitter account, he and Pence agreed the Vice President would leave the game if any players kneeled for our national song. It was likely obvious to the White House that at least one player would take a knee during the anthem, since there have been displays of silent protest nationwide by NFL players and team owners after the President called the players “son’s of bitches” for, in his view, disrespecting our soldiers, flag, and anthem.

Since then, NFL players have repeatedly qualified that they kneel to protest racial inequality. Mike Pence’s protest cost taxpayers at least $242,500 on air travel, plus additional costs for Secret Service protection and entourage. So in an exercise of my First Amendment rights, I ask the Vice President: “Why would you follow the President to disrespect our Constitution and our citizens for your own political gain?”

Respect cannot be legislated. Our sacred First Amendment provides every American with the right to demonstrate respect in any manner they choose. Words or conduct should not be condemned and cannot be outlawed—even by a President—unless that speech has the propensity to cause physical or economic harm to an individual or a society, like falsely yelling “fire” in a crowded movie theater. Conversely, we are also permitted by law to show disrespect. That, too, is a protected privilege, as anyone who disagrees with the President knows they won’t be sent to a cold cell in Siberia for voicing discontent. Freedom of speech means freedom of choice.

The VP’s premeditated actions suggest the rest of the country should also exhibit contempt for our Constitution, the same document that provides all Americans the right to bear arms. By bullying and humiliating football franchise owners and players, and turning parts of the nation against those people by labeling them anti-American for exercising a legal right to speak, the White House has disrespected our citizens and our federal law.

It’s discouraging that our national anthem, a song about this country’s fight for freedom, has been used to attempt to silence American football heroes who made a free choice to speak when they lowered to the ground. No nation should condemn its citizens for their choice to disrespect a national symbol, song, flag or leader. The world isn’t going to fall apart because an individual citizen or a team of citizens chooses to disregard a lyric or a piece of symbolic fabric. So far, it is still lawful to offend others’ sensibilities by not displaying your patriotism. 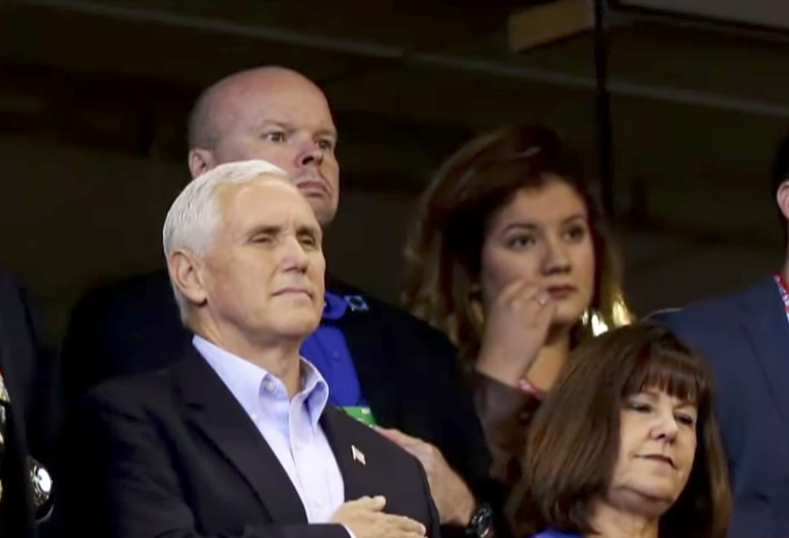