More than a month after Hurricane Maria ripped across Puerto Rico with 155-mph winds, the recovery effort is moving excruciatingly slow.

Three-quarters of the island’s residents are still without power, forcing them to wait in long lines wherever power is available, so they can charge their cell phones. And that’s if they can get service.

Simply put, every day is a bare bones struggle for Puerto Ricans, many of whom essentially are living like they are camping outside.

According to Oxfam America, less than half the population has access to potable , and there is a developing risk of being exposed to cholera from drinking contaminated with raw sewage. As of last week, dozens of the island’s treatment plants were inactive—that runoff was either seeping or pouring into drinking creeks, rivers and other drinking- sources for the general population.

Some aid groups are blaming the U.S. for not doing more.

“One month on from Hurricane Maria, too many Puerto Ricans are still relying on emergency aid for basic needs, and for many communities, self-sufficiency isn’t even on the horizon,” Shannon Scribner, Oxfam’s Acting Director for Humanitarian Programs & Policy, said in a statement. “At this stage in the humanitarian response, these conditions are unacceptable, and we need to see a more robust and efficient response from the U.S. government now.”

And because there isn’t electricity, most of that segment is also unable to boil or cook. So many structures were damaged or destroyed in the storm that many people sleep outside without tarps to cover them, without which they are exposed to the ongoing rains, rodents and mold.

Scribner was blunt in her assessment, saying island residents are suffering as a result of too little effort by Washington to speed the recovery along.

“We need to be moving beyond providing emergency supplies like warm meals and bottled to solutions like filters and generators to stabilize communities while longer term recovery takes place,” Scribner continued. “Despite the work of first responders, this response is behind where it should be, and the people of Puerto Rico are paying the price.”

The regional administrator for the Environmental Protection Agency, Pete López, just finished a five-day tour of Puerto Rico and the U.S. Virgin Islands. The EPA, which authorized $210 million in aid to Puerto Rico, focuses on environmental impacts and potential threats to human health as well as the safety of those in the affected areas.

Predictably, López was upbeat, despite the disruption to the residents’ lives.

“In all the places I visited in Puerto Rico and the USVI, I tried to connect well thought out and substantive with our partners in the Commonwealth and in the territories, focusing on solving problems,” López said at a press conference. “Upon returning to New York, I am encouraged by the progress that has been made and I have determined that we will overcome the difficulties that may arise in the months to come as we continue our response to these two hurricanes.”

As for the much-needed aid supplies, some—including politicians both in Puerto Rico and the mainland U.S.—have argued for the repeal of the antiquated Jones Act of 1920, which requires goods shipped within the United States to be carried on vessels owned, operated and built by Americans.

As The New York Times noted on Tuesday, the Trump administration issued a 10-day suspension of the Jones Act but chose not to renew the waiver, citing that humanitarian shipments would be unaffected.

Those employed in the shipping industry argue in favor of the act, saying the Jones Act protects jobs and American fishing. Those opposed claim the legislation has unfairly saddled residents of Alaska and Hawaii with higher-priced shipped goods.

Meanwhile, some Americans are taking things into their own hands in order to help those in need.

Privately-formed volunteer groups like the Kennesaw, Georgia-based We Do Better and Chicago-based Puerto Rico Rising have been shipping supplies to villages on the island themselves, subverting the Jones Act and trumping (pun intended) Washington’s lackluster effort thus far. 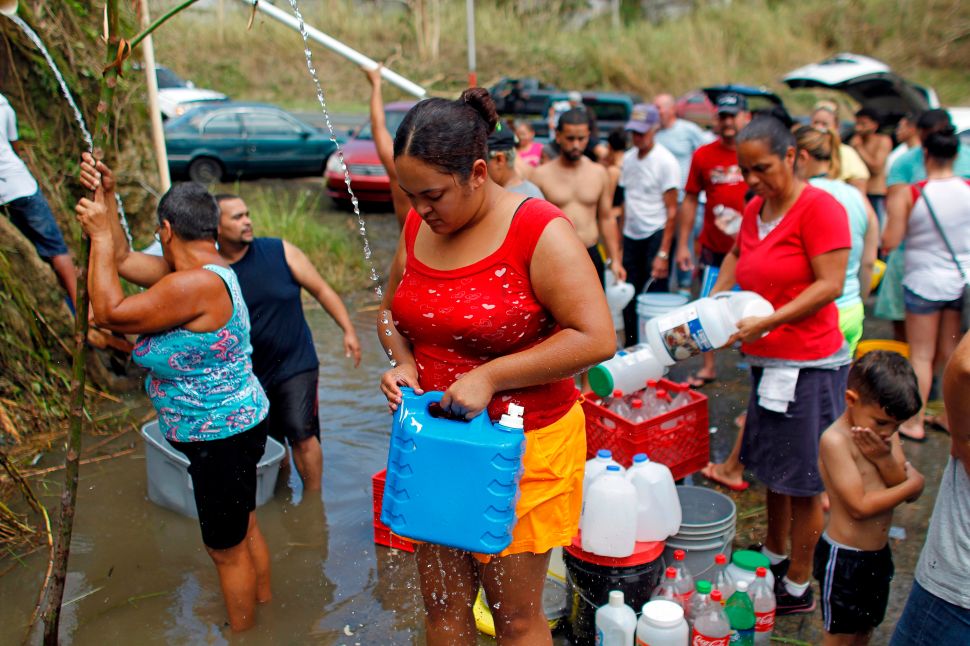