The highest paid CEO in the online travel industry bikes to work. Well, sometimes she drops off her three young children at school first, but then she bikes to work. Of course, biking to work in Amsterdam is a way of life—cars come second to bikes in this city and pedestrians are a complete afterthought—but when you consider that Gillian Tans, the CEO of Booking.com, made $17.1 million last year (which means she made more than her boss at the time, Priceline Group Interim CEO Jeffery Boyd) you get an inkling of her down-to-earth personality.

Tans works in one of the most robust sectors of the travel industry. As one of the first employees at Booking.com, she has been integral to the team that transformed it from tiny website catering to Dutch holiday-makers into the world’s biggest accommodation booking site, with over 15,000 employees in 204 offices all over the world. After all, when you type in anything into your search engine about travel or hotels, Booking.com is one of the first options to pop up, if not the first. But you would never know that the somewhat soft-spoken and calm Tans is one of the most important and dynamic people in this massive industry.

Tans didn’t found Booking.com, but she joined the team very early on, way back in the dark ages of 2002 when joining an internet-based startup after the dot-com bubble had burst didn’t seem like the best career move. The company was launched in 1996 in Amsterdam by Geert-Jan Bruinsma, and hired its first employee two years later. Tans had been excelling as the product manager at the international Golden Tulip Worldwide hotel group, and before that at the Intercontinental Hotel Group. Moving to a tiny little startup—one that consisted of just a small office with a fax machine—was also a risky move. But Tans saw major potential.

“What always drove me was my curiosity. That’s what made me join Booking and not be afraid to leave a very successful job and then go into a startup,” she told the

Observer. She attributes her curiosity to her creative and entrepreneurial mother, who sent the young Tans on trips by herself at a young age. From her father, she claims to have inherited a relentless work ethic. She calls her parents her first two role models.

Many might have been afraid to take such a leap into a wobbly industry, but Tans saw the potential. “I found the internet really fascinating,” she said. Because it was right after the dot-com bust, banks were not very eager to lend, which made her role as head of marketing sales and e-commerce difficult. But the internet made a greater reach possible.

“We started with a very basic project that was more intuitive and more transparent and then we really started learning about what customers want.” And learn they did, as Priceline (the company that also owns Kayak, Rentalcars.com and OpenTable) bought the Dutch startup in 2005 for the small sum, relatively speaking, of $133 million. But it was when Priceline folded their other recent purchase of  ActiveHotels.com into Booking.com’s portfolio that Booking was able to expand monumentally in its hotel offerings. Now, Booking.com has offices in 70 countries, offers content and 24-hour support in 43 languages, and boasts facilitating over 1.5 million room reservations each day.

No need to feel tied down. Changed your mind? Change your booking. For all you free spirits out there, hit the link in our bio for ideas from travellers just like you.⠀ ⠀ #bookingyeah⠀ ⠀ 📷: @mujganozceylan

Millennials have certainly helped drive the company’s success. This social media obsessed generation literally works to travel, and puts all their money into it. They are 23 percent more likely to take a trip abroad than their older counterparts and are expected to spend $1.4 trillion on travel each year by 2020. Tans said millennials in particular expect Booking to know what kind of experience they’re after—for example, to be extremely active on trips—and have an individualized experience, rather than taking a pre-packaged vacation. She believes that through the company’s information collection (they literally run thousand of A/B tests everyday) partnered with their work in Artificial Intelligence innovation, Booking.com will be particularly impactful for figuring out what millennials want out of their trips.

“The mission of Booking is to empower people to experience the world. Whatever people want to do, wherever they want to go, they can book it with us. Eventually we want to be able to say whether in your own neighborhood or a city across the globe, our technology will be needed to break through barriers—whether it’s money, time, languages or simply choice. This is what Booking is doing everyday,” she said.

Though she is the leader of a massively successful company Tans is still involved in the minute details of its operation. She has always put effort into making sure Booking.com’s culture stays as open and egalitarian as possible, as it has been from the beginning. She doesn’t have an office—in fact, none of the other high level executives do and they never have—and regularly holds meetings while sitting on the floor with her employees. She has also established a mentoring program for women working at Booking.com; the company’s workforce is 60 percent female, something Tans is clearly very proud of and notes frequently. She tries not to plan her days to the minute so she can be ready for sudden changes and surprises. “When a company moves this fast you need to be ready to make decisions fast,” she explained.

Like many of her customers, the CEO of Booking.com says hotels are still the way to go and she gets to visit quite a few, as Tans travels about five times a month and visits around 20 countries per year. Now that her kids are a little older they are helping to dictate where she goes for pleasure, which will hopefully include two of her favorites, Asia and New York, in the near future.

Meredith Lepore is a freelance writer and editor who has written for Instyle.com, Brides.com, LEVO, and Bustle well as magazines including Marie Claire, SELF, Women’s Health and Cosmopolitan. She earned her Master’s in Journalism from the Newhouse School at Syracuse University and resides in New York full time.


Napa Valley’s Five Most Exclusive Restaurants
Anchors Away: How to Spend a Day on a Boat in NYC
How to Shop Vintage Chanel and YSL Like Rachel Zoe 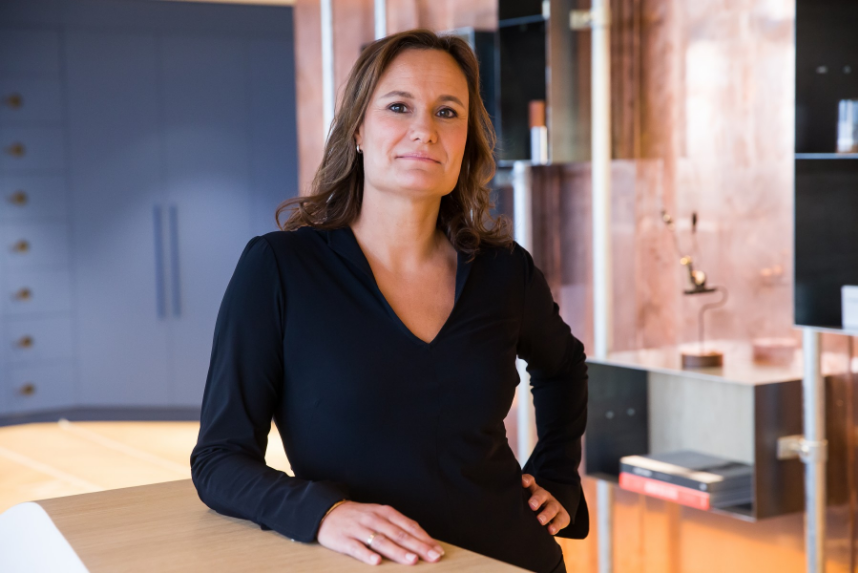