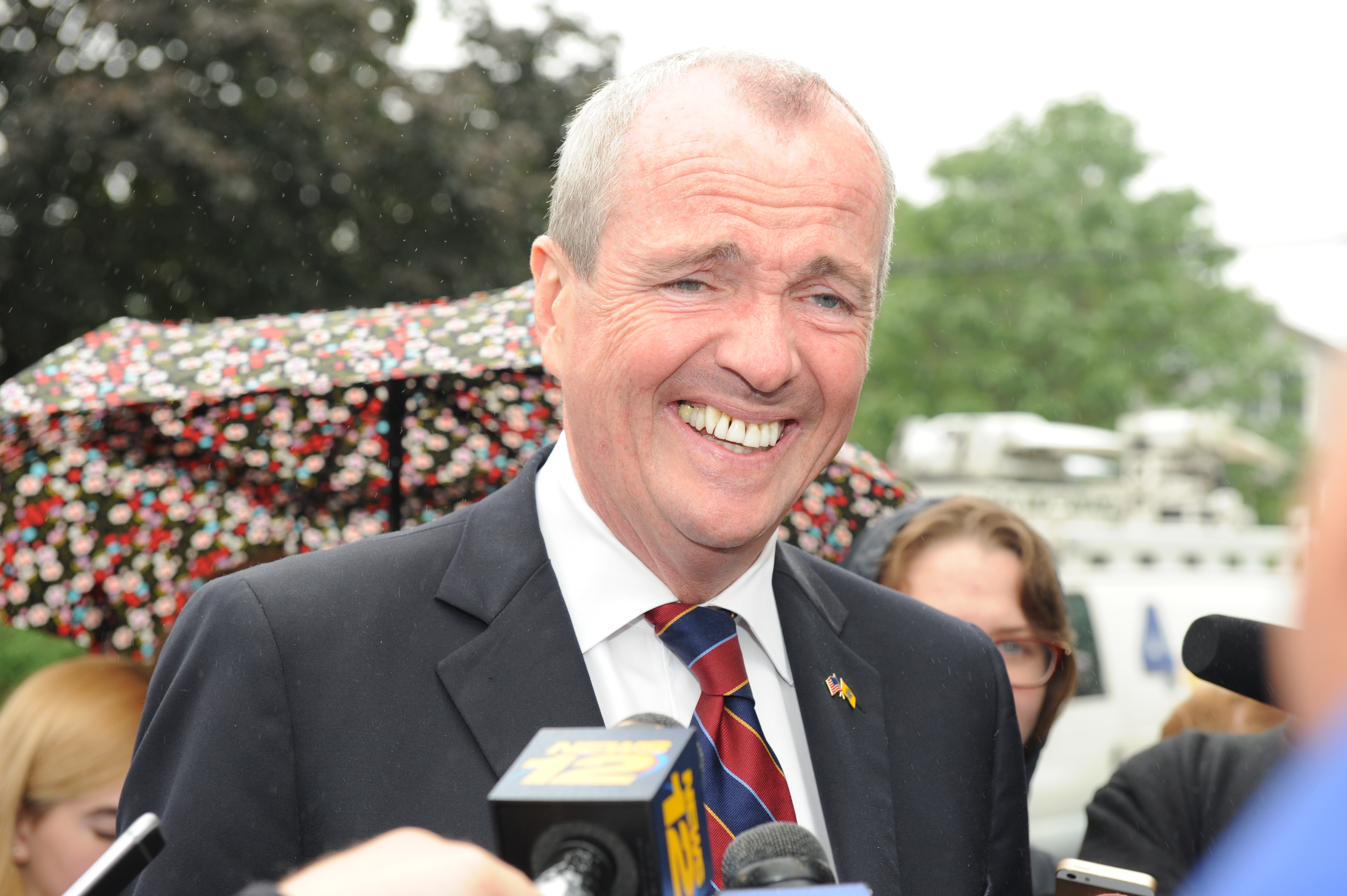 Democrat Phil Murphy holds a double-digit lead over Republican Kim Guadagno in the New Jersey governor’s race, according to a new poll, but it is a slimmer one than in other surveys.

Murphy is ahead by 14 points with five weeks to go until Election Day, according a Monmouth University poll of likely voters released Tuesday. Murphy received 51 percent support, while Guadagno earned 37 percent. Undecided voters made up 9 percent and other candidates got 2 percent, the poll found.

Previous polls have given Murphy larger leads of more than 20 points. Many of those surveys have been of registered voters, a less reliable sample than likely voters. Still, a Quinnipiac University poll of likely voters released in mid-September pegged Murphy’s lead at a heftier 25 points. A Suffolk University/USA Today Network survey of likely voters put out last week had Murphy ahead by 19 points.

“This is not the twenty-something point lead that some polls have been showing, but it is still formidable,” said Patrick Murray, director of the Monmouth University Polling Institute. “While Guadagno may have an opportunity to break through, the fact that Murphy’s support is over 50 percent makes that task very difficult.”

“Low name recognition of New Jersey gubernatorial candidates this late in the game is not unprecedented because the state lacks its own media market,” Murray said. “However, it is unusually low this year. The campaigns simply can’t break through with the political noise coming out of Washington.”

Polls have repeatedly shown that property taxes are the top issue for New Jersey voters, and Guadagno has staked her campaign on a promise to lower property tax bills if elected governor. But that message is not getting to voters. A whopping 85 percent of voters said they haven’t heard of a property tax plan from either candidate, according to the poll. And 70 percent said if they did see a proposal to lower property taxes, they would dismiss it as a campaign ploy.

“I just think voters have heard too many promises for too long and simply tune out all candidate rhetoric on the issue at this point,” Murray said. “Guadagno has little time left and a tall hill to climb if she is going to break through with her plan.”

Only 23 percent of likely voters think New Jersey is headed in the right direction, compared to 66 percent who say the state is off track.

Murphy spent 23 years at Goldman Sachs and Republicans have relentlessly attacked him for his time at the firm. But a third of voters didn’t know he was an executive there, and 70 percent said Murphy’s former position has no impact on their choice for governor, according to the poll.

Monmouth conducted the poll of 452 likely voters from Thursday to Sunday. The survey has a margin of error of plus or minus 4.6 percentage points.