New York Attorney General Eric Schneiderman and Gov. Andrew Cuomo said that they will sue the Environmental Protection Agency if it does not step up and protect New Yorkers from smog pollution blowing in from upwind states.

In August 2015, the EPA determined that the planned actions of 24 states, including several states upwind of New York — Illinois, Michigan, Pennsylvania, Virginia and West Virginia — would not be enough to ensure that federal smog health standards are met in New York.

“Millions upon millions of New Yorkers are still breathing unhealthy air due to smog pollution, a huge amount of which is blowing into New York from upwind states,” Schneiderman said. “If the EPA won’t follow the law, we’ll sue to protect the health of New Yorkers.”

The Clean Air Act mandates that parties give the EPA notice of their intention to sue the agency under the act. On Thursday, Schneiderman told EPA Administrator Scott Pruitt that if the agency does not act within 60 days, he will sue to compel him to implement the plans.

The attorney general noted that at least one in three New Yorkers breathe air with unhealthy levels of smog pollution, and that some analyses say that it is as high as two in three New Yorkers — roughly 12.7 million people. He also said that the EPA’s own studies indicate that pollution from states upwind of New York plays a significant role in the smog issue plaguing the state.

The governor said that the state is working diligently to reach its clean energy goals, restricting air pollution and lowering its carbon footprint but noted that air pollution “knows no borders.”

“With this action, New York makes it clear that we will not stand idly by as other states shun their responsibility to keep our nation’s air quality safe,” Cuomo said. “It’s critical that these states take the necessary steps to reduce their environmental impact for future generations and I urge them to follow New York’s lead to secure a cleaner and greener tomorrow for all.”

The attorney general said that New York has some of the most rigorous air quality regulations in the country and pollutants that cause smog are well-controlled. But the New York City metropolitan area has had a hard time meeting the federal health standard for smog — and a 2017 American Lung Association report found that it is the ninth most smog-polluted area in the country.

Elevated levels of smog have been linked to lung tissue damage and aggravation of existing conditions such as asthma, bronchitis, heart disease and emphysema. Exposure to smog is also connected to premature death and some groups — including children, the elderly and people with existing  lung diseases like asthma — are at a particularly higher risk from smog pollution. 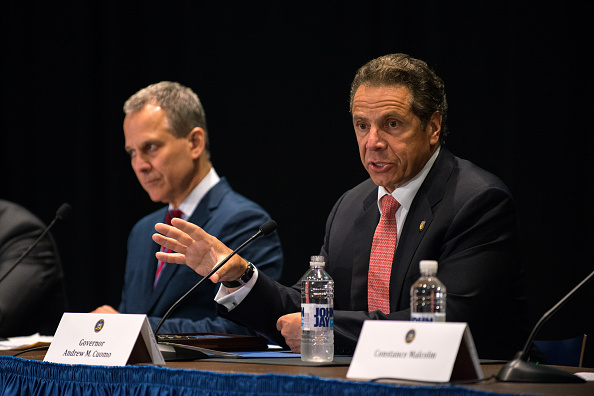