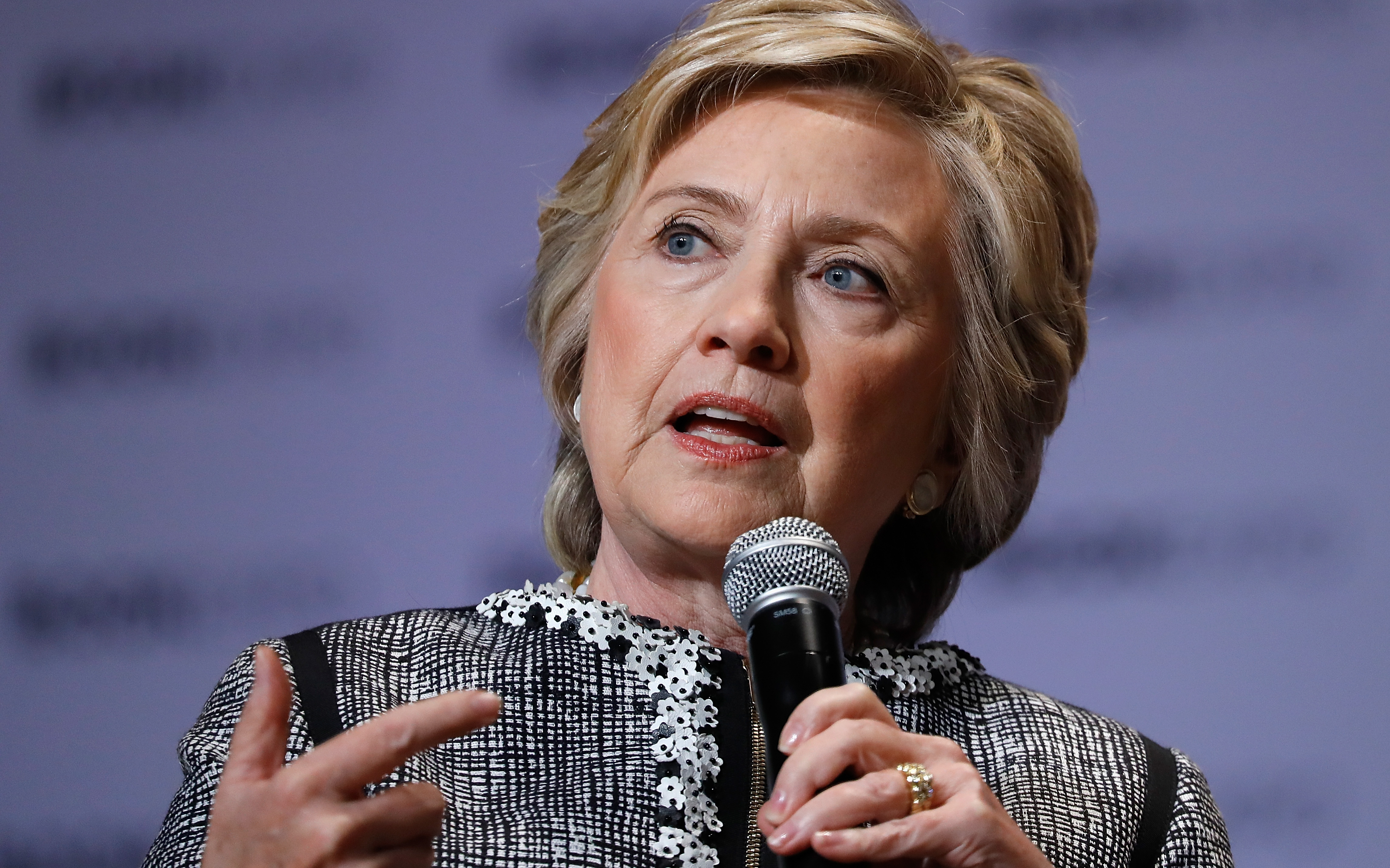 Hillary Clinton came to New Jersey on Sunday to boost Phil Murphy, the Democratic nominee for governor, at a fundraiser in Harrison.

Unlike other big name Democrats that have recently joined Murphy on the campaign trail, including former President Barack Obama, Clinton’s event was closed to the media. Tickets for the fundraiser were $1,000, but guests were encouraged to give $4,300 to get a photo with the 2016 presidential nominee, according to the Associated Press. Former President Bill Clinton is scheduled to headline a rally with Murphy on Tuesday.

Gov. Chris Christie has been a political boogeyman in the battleground 14th legislative district. Sen. Linda Greenstein and Republican challenger Ileana Schirmer are each trying to tie the deeply unpopular governor to the other.

And the leaders of a bipartisan task force focused on heroin and opiate addiction, including New Jersey Reps. Donald Norcross (D-1) and Tom MacArthur (R-3), called on President Trump to declare a national emergency to address the opioid epidemic. A commission led by Christie recommended the emergency declaration in August, but the president hasn’t acted on it despite saying he supports the idea.

Quote of the Day: “I’m being a pain in the ass about it … I’ve told the House leadership: Don’t think you can send me just anything and count on my vote for it.” — Rep. Tom MacArthur on the GOP tax reform plan.

Scorn for Christie Unites Both Candidates in Close NJ Senate Race
Gov. Chris Christie has been a punching bag for both parties in one of the most competitive legislative races in New Jersey this year, with Sen. Linda Greenstein (D-Middlesex) and Republican challenger Ileana Schirmer both kicking the governor out the door as he prepares to leave office with record-low approval ratings.
Alyana Alfaro, Observer Read more

Norcross, MacArthur Urge Trump to Declare National Opioid Emergency
The leaders of a bipartisan task force focused on heroin and opiate addiction urged President Trump to follow through on his pledge to declare a national emergency on opioid addiction, which would allow federal funds to be deployed quickly on combating the deadly epidemic.
Alyana Alfaro, Observer Read more

NJSPCA Should Be Stripped of Power, Investigative Agency Says
The organization charged with enforcing the state’s animal cruelty laws is a haven for waste, abuse and “wannabe cops” with firearms, according to a report from the State Commission of Investigation released Friday.
Christian Hetrick, Observer Read more

Christie opioid panel to reveal how drug crisis began
The final report of the White House opioid panel chaired by Gov. Chris Christie will not only discuss how to deal with the drug crisis but also look at how it happened in the first place.
NJ.com Read more

Analysis: N.J. Republicans battle Trump and party over important deduction in tax plan
Right now, all five Republicans representing New Jersey in the House are battling their party leaders to change the framework unveiled Sept. 27 because it would eliminate the deduction for state and local taxes that helps make high-tax New Jersey more affordable.
The Record Read more

NJ ballot questions this November will decide how money is spent
If you thought New Jersey’s governor’s race was getting less attention than usual this year, consider that barely a peep has been said about two public questions on the statewide ballot. Both have implications for state finances.
NJ 101.5 Read more

Trump’s all in for Republican in Virginia governor race. Not so for Guadagno in N.J.
President Donald Trump endorsed Ed Gillespie, a former lobbyist, congressional aide and Republican Party leader. Vice President Mike Pence attended a rally for him and helped him raise money.
New Jersey is the only other state that will elect a governor next month, but neither Trump nor Pence have uttered a word in support of the Republican nominee Lt. Gov. Kim Guadagno.
NJ.com Read more

Murphy slams ‘anti-Semitic’ rhetoric around Mahwah eruv
Democratic nominee for governor Phil Murphy chided residents of Mahwah for creating an “overarching perception of anti-Semitism and discrimination” in its rejection of an eruv, he wrote in a pointed op-ed published in the Jewish Standard on Thursday.
The Record Read more

Endorsement: Murphy’s experience, ideas make him the best choice to be N.J.’s next governor
New Jersey’s a wrecked vehicle sitting on a used-car lot, dented on the outside, and broken on the inside. The previous owner plugged radiator leaks with sawdust, patched tires with chewing gum, and turned back the odometer rather than fix it.
Inquirer Read more

Guadagno’s pot plan would be a boon for gangs and thugs
Phil Murphy, the Democratic candidate for governor, is prepared to follow the lead of states like Colorado by legalizing marijuana in New Jersey and taxing its sale. His Republican opponent, Lt. Gov. Kim Guadagno, would go only half as far. She wants to decriminalize possession of small amounts of marijuana, but would continue to arrest and imprison those who sell it. So, which is the wiser course?
NJ.com Read more 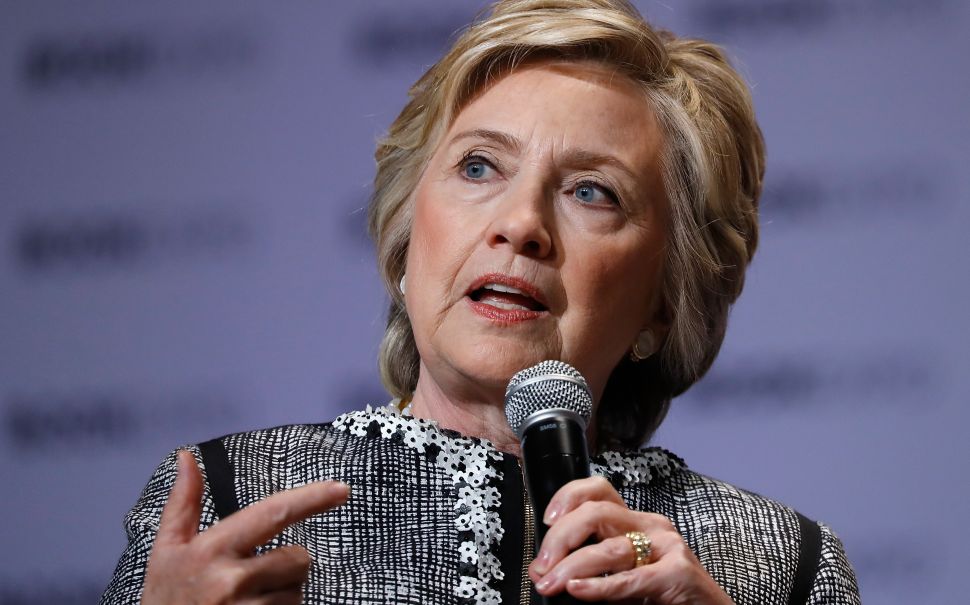