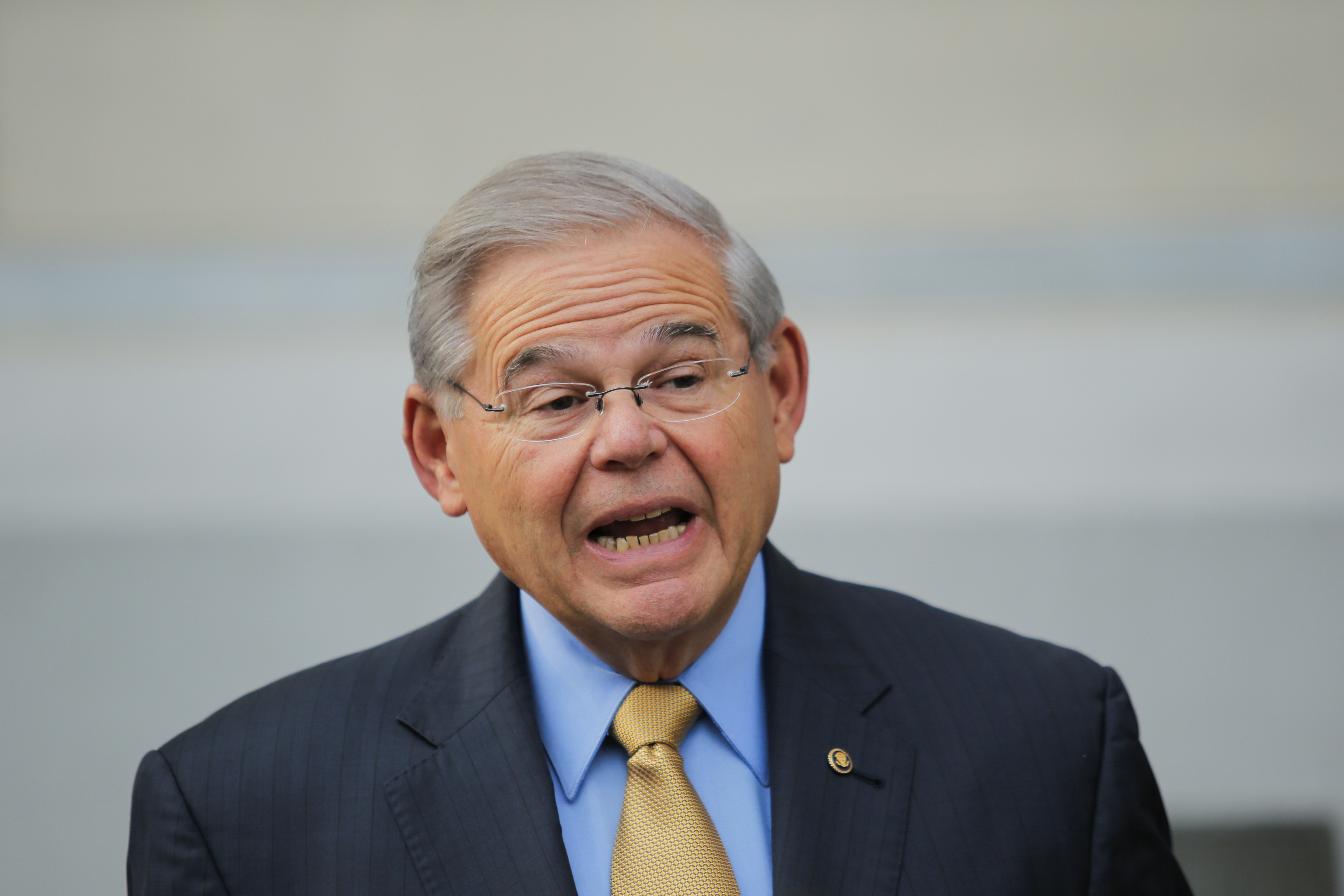 Sen. Bob Menendez’s corruption trial will go forward after a federal judge on Monday refused to toss out any charges against the New Jersey Democrat and his top donor, Salomon Melgen.

U.S. District Judge William H. Walls said a recent U.S. Supreme Court decision did not invalidate the “stream of benefits” theory at the center of the Justice Department’s case against Menendez. After failing to get the case dismissed, defense attorneys for Menendez and Melgen began their case by putting relatives on the witness stand.

The major-party candidates for lieutenant governor — Republican Carlos Rendo and Democrat Shiela Oliver — sparred on immigration, marijuana and taxes during their only televised debate. The two candidates at the top of the ticket, Democrat Phil Murphy and Republican Kim Guadagno, will face off for their second debate on Wednesday. Former President Barack Obama is coming to New Jersey on Thursday to campaign with Murphy.

Quote of the Day: “I see nothing in McDonnell that attacks the stream of benefits theory.” — Judge William H. Walls rejecting Sen. Bob Menendez’s attempt to get his case dismissed.

Judge Declines to Dismiss Menendez Charges
The federal judge overseeing Sen. Bob Menendez’s corruption trial declined on Monday to dismiss any charges, finding that the entire case against the senator could proceed to a jury even after the U.S. Supreme Court narrowed the scope of bribery crimes in the 2016 case McDonnell v. United States.
Christian Hetrick, Observer Read more

In latest diss, Guadagno claims Murphy’s actually running for president
Trailing her rival by 18 points, Lt. Gov. Kim Guadagno accused Democratic nominee Phil Murphy of secretly preparing a run for the White House, called for re-establishing the death penalty for perpetrators of mass shootings and repeated false claims that Murphy had called for an increase in the sales tax and the privatization of the Turnpike.
NJ.com Read more

There is one problem with legalizing marijuana in New Jersey, and it’s massive
In August, a New Jersey grandmother was charged with vehicular homicide in the deaths of her grandkids, ages 5 and 2. Police determined she was high on marijuana when she crashed her car with the children aboard.
Asbury Park Press Read more

What’s that new language on N.J. elections site? Gujarati, and those who speak it find that special
This year, the state’s Division of Elections began publishing candidate statements and public questions on its website in Gujarati and Korean, in addition to Spanish and English. Gujarati speakers have familial or cultural links to India’s western state of Gujarat.
Inquirer Read more

Fulop allies stress independence amid ‘rubber stamp’ claims
Hoping to erode Fulop’s council majority if he wins a second term on Nov. 7, when all nine council seats are also up for grabs, the mayor’s critics are telling voters his allies are mere puppets and they are promising to battle him if he wins next month. Fulop’s council candidates, in turn, are defending their independence and insisting Fulop will not control their vote.
NJ.com Read more

Celebrating Even Early Action Phase of Portal Bridge Project
Thanks to an increasingly desperate predicament involving the aging rail infrastructure that links New Jersey and New York, and the scarcity of funding for any major improvements, even the smallest of steps forward on mass-transit projects are being celebrated as milestones.
NJSpotlight Read more