A top aide to Sen. Bob Menendez testified Wednesday that he didn’t think the senator needed to disclose gifts from his top donor, Salomon Melgen, because they were close friends, according to reports.

In addition to bribery charges, Menendez is accused of making false statements for failing to report flights on Melgen’s jet and other gifts on Senate ethics forms. Robert Kelly, Menendez’s deputy chief of staff, helped prepare the disclosure forms and said he thought Melgen’s gifts didn’t need to be reported due to a “friendship exemption,” according to the Associated Press. But prosecutors noted such an exemption didn’t exist on the disclosure forms.

Democrat Phil Murphy is up by 20 points in the New Jersey governor’s race with less than two weeks left until the election, according to a new Quinnipiac University poll. The survey showed Kim Guadagno, the Republican nominee, is being dragged down by Gov. Chris Christie, who still has a dismal 15 percent approval rating.

And Murphy has essentially maxed out his fundraising capacity, having pulled in more than $13.8 million. Guadagno has raised roughly $4.35 million.

Quote of the Day: “Someday, somewhere over the rainbow, New Jersey voters will have a choice between two impressive candidates for governor. But not this year.” – The Star Ledger Editorial Board, which made a back-handed endorsement of Murphy for governor.

NJ Working Families Not Endorsing Sweeney, Battleground Allies
A leading progressive group in New Jersey is not endorsing Senate President Steve Sweeney, the top elected Democrat in state government, for re-election this year and will not be backing some of his closest allies in competitive legislative races.
Christian Hetrick, Observer Read more

Murphy Virtually Maxes Out in Fundraising
Phil Murphy is on the verge of receiving the maximum amount of public matching funds for a gubernatorial candidate.
Christian Hetrick, Observer Read more

Sandy Victims Unhappy with NJ Recovery, Monmouth Poll Says
Five years after Superstorm Sandy slammed the Jersey Shore and destroyed thousands of homes, some victims are still struggling and aren’t happy with the state’s recovery efforts, according to a poll of the hardest hit residents.
Christian Hetrick, Observer Read more

Gifts to Menendez Weren’t Disclosed Because Friend Gave Them, Aide Says
A top aide to Senator Robert Menendez testified on Wednesday that the senator never told him about private flights he had accepted from a wealthy friend, nor did Mr. Menendez opt to list them himself on financial disclosure forms.
New York Times Read more

South Asians in New Jersey Are Flexing Their Political Muscle
Upendra Chivukula had already enjoyed a string of political successes in 2014 when he decided to challenge three fellow Democrats for the New Jersey House seat that became vacant when former Representative Rush D. Holt Jr. decided not to run for re-election.
New York Times Read more

Take No Prisoners Senate Race in LD11
With just a few weeks before voters take to the polls on November 7, a cutthroat state senate race in New Jersey’s 11th Legislative District is heating up — and getting ugly.
NJSpotlight Read more

Endorsement: Phil Murphy for governor, but N.J. deserves so much better
Our choice is Democrat Phil Murphy, by default. He has profound weaknesses, starting with his lack of political experience, and his ferocious loyalty to the public worker unions, the same two weaknesses that sank former Gov. Jon Corzine. But Lt. Gov. Kim Guadagno, the Republican candidate, is the worst nominee of either major party to come along in decades.
NJ.com Read more 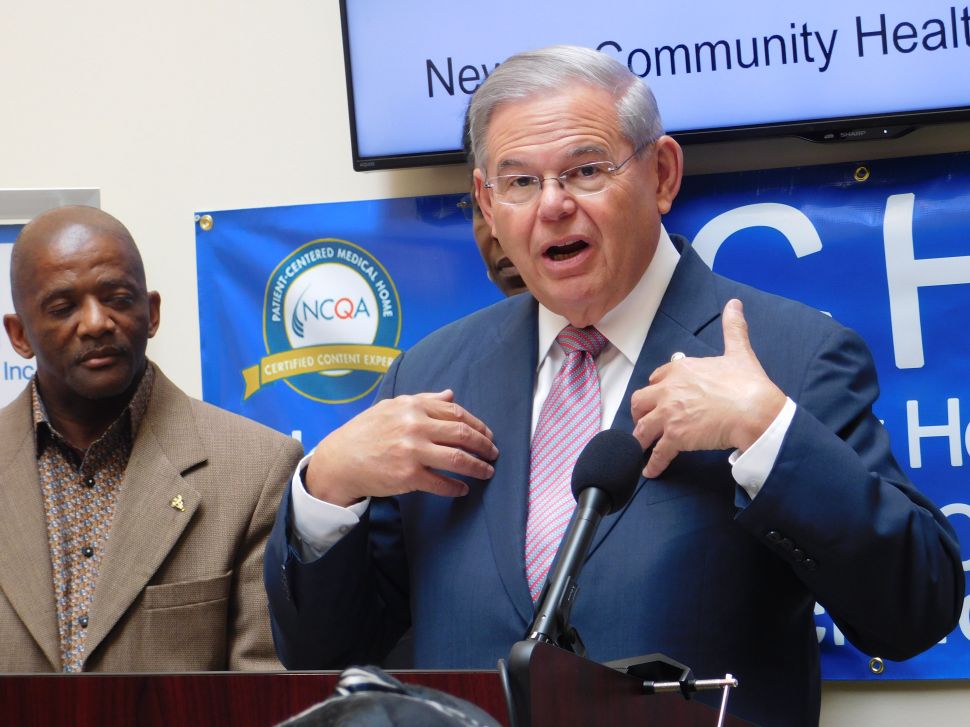