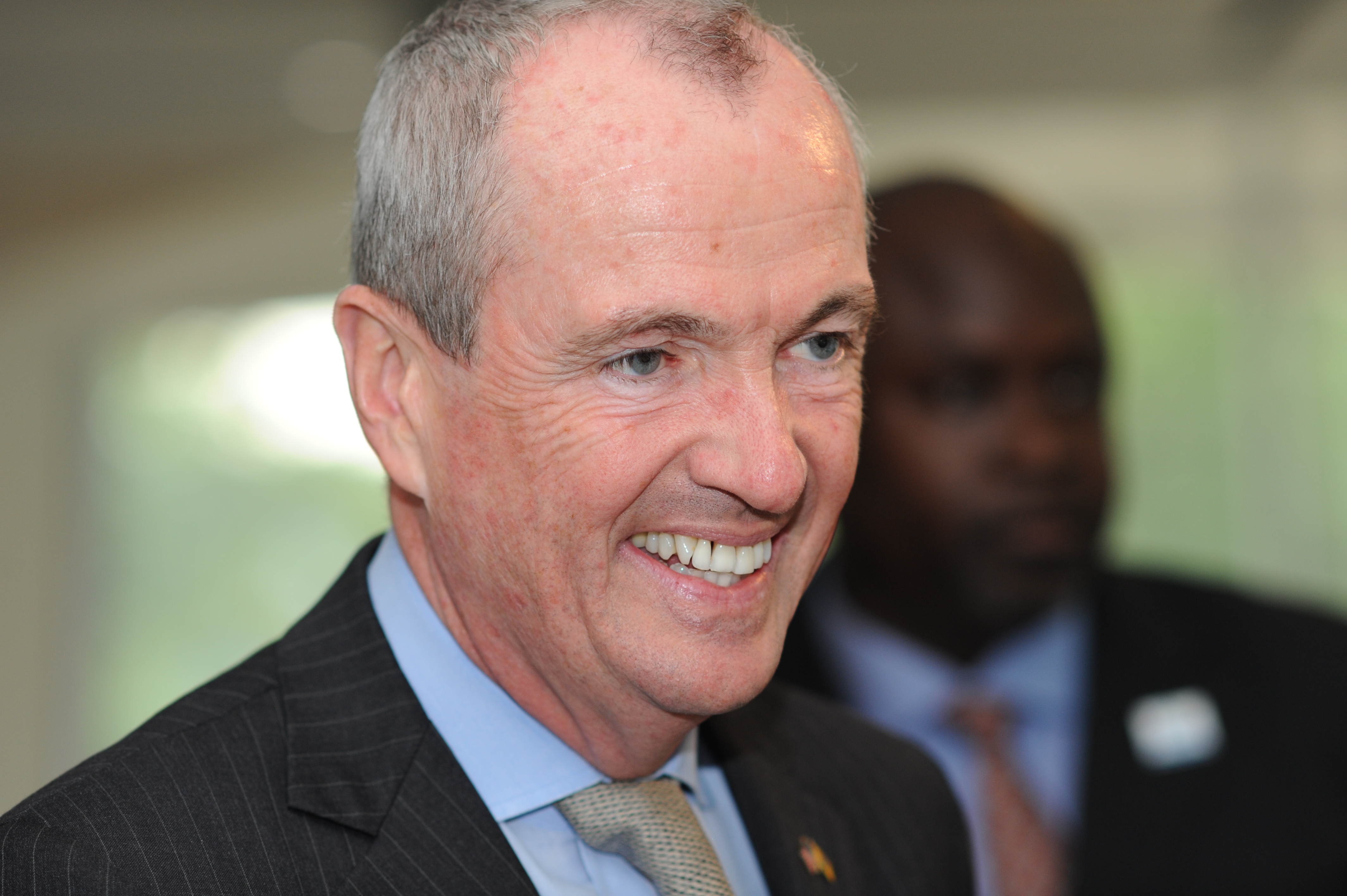 Another poll gives Phil Murphy a double-digit lead in the New Jersey governor’s race with less than two weeks left until the election.

Murphy, the Democratic nominee, is beating Republican Kim Guadagno by 14 points, 51 to 37 percent, according to a Stockton University poll of likely voters released Thursday. That’s a slimmer margin for Murphy compared to a Stockton poll from two weeks ago, when he had an 18-point edge.

But with time running out in the race, Guadagno “would have to claim virtually all of the undecided vote and some of Murphy’s votes to make the race competitive,” said Sharon Schulman, executive director of Stockton’s William J. Hughes Center for Public Policy. Guadagno continued to hammer Murphy on immigration Thursday during a news conference about sanctuary cities.

And attorneys for Sen. Bob Menendez argued for a mistrial of his corruption case, claiming the judge overseeing it skewed the evidence presented to the jury in favor of the prosecution. The senator’s defense said U.S. District Judge William H. Walls created an imbalance in the “weight of evidence.”

Quote of the Day: “I think that what they said in court stands for how I feel.” — Sen. Bob Menendez on his defense’s motion for a mistrial.

Coughlin Raises $100,000 for Democrats in Battleground Districts
Assemblyman Craig Coughlin, who is seeking to become the next Assembly speaker, raised more than $100,000 on Wednesday for Democratic candidates in battleground legislative districts.
Christian Hetrick, Observer Read more

Frelinghuysen Votes to Repeal State, Local Tax Deduction
Rep. Rodney Frelinghuysen (R-11) is the only representative from New Jersey’s 12-member House delegation to vote in favor of a budget resolution that could eliminate the state and local tax deduction, a boon for New Jersey taxpayers seeking to defray their bills.
Alyana Alfaro, Observer Read more

What Trump’s opioid declaration means for N.J.
In formally declaring opioid abuse a national public health emergency at the behest of a commission led by Gov. Chris Christie, President Donald Trump promised Thursday that “we are going to overcome addiction in America” and “help to build and grow a stronger, healthier and drug-free society.”
The Record Read more

Healthcare Takes Back Seat As Gov. Race Nears End
Despite the continuing national focus on the Affordable Care Act and other healthcare issues — and the role these played earlier in the campaign — taxes, immigration, and other topics have taken over center stage in New Jersey’s gubernatorial campaign.
NJSpotlight Read more

What impact did Chris Christie have on NJ property taxes?
Taxes continued to increase. However, after adjusting for inflation, the changes were negligible, with annual property taxes increasing only $200 between 2010, when Christie took office, and 2016. And year-to-year during the Christie administration, the average bill increased at a slower rate than it did during the tenure of Jon Corzine, his Democratic predecessor.
The Inquirer Read more

New Jersey’s voting machines: They’re old — but hackable?
There was little disagreement at a two-and-a-half-hour hearing Thursday at the Statehouse that New Jersey’s voting machines are generally old and need to be replaced. But election officials pushed back at the idea that the current systems can be easily hacked, as suggested by a computer scientist who says paper ballots read by a scanner are the way to go.
NJ101.5 Read more

New Jersey Teachers’ Union Wages Costly War Against Powerful Democrat
A battle between two political titans in New Jersey could cost $20 million by the time November’s election is over. And it is not the governor’s race.
New York Times Read more

Atlantic City mayor lashes out at critic: ‘Do you hate gay people?’
Mayor Don Guardian, in a tight re-election bid, was in no mood to debate whether he should have recused himself from a recent city planning board decision involving the Flagship Resort, a donor to his campaign.
The Inquirer Read more