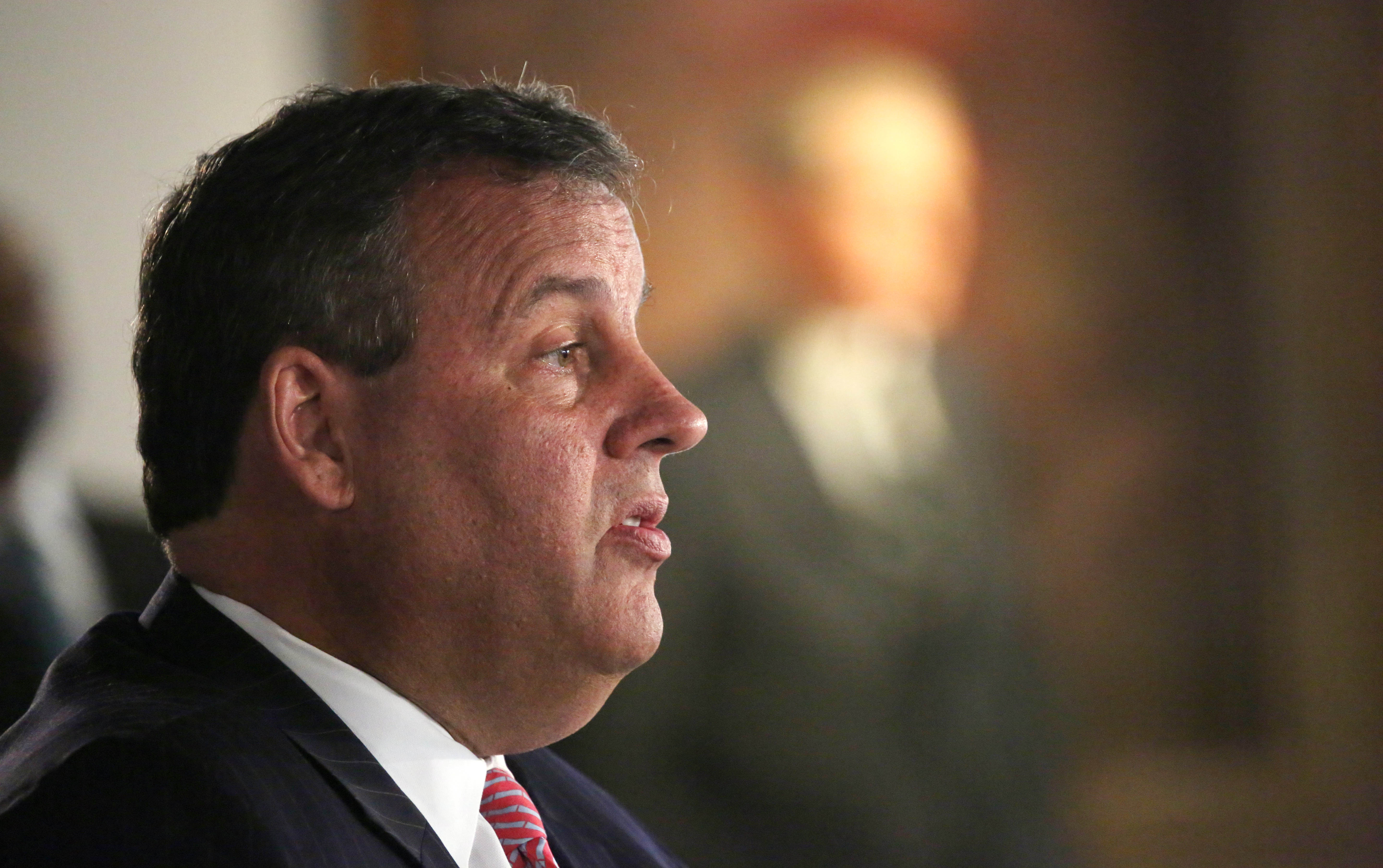 Gov. Chris Christie said it’s “disrespectful” for NFL players to kneel during the national anthem, but said the athletes have the right to do it.

Christie weighed in on the controversy Friday over NFL players protesting during the national anthem to draw attention to racial inequality. He said President Trump — who fired off more than 20 tweets about the issue last week — “spent more time than I would have” criticizing NFL players.

The governor also said a bill to allow New Jersey to offer Amazon up to $5 billion in tax breaks “will be done” before his term ends in January. Christie and legislative leaders have agreed to expand a tax incentive program to lure the company’s second headquarters to the state.

Quote of the Day: “They hold us up as everything that is wrong about America.” — Matthew Hale, political science professor at Seton Hall University, on how some congressional Republicans feel about northeastern blue states like New Jersey.

Christie: Amazon Tax Break Bill Will Be Done Before I Leave
A bill allowing New Jersey to offer Amazon up to $5 billion in tax breaks if it brings a new headquarters to the state will be signed into law by mid-January, Gov. Chris Christie said Friday.
Christian Hetrick, Observer Read more

Governor’s race 2017: Amazon Prime time for candidates?
Democrat Phil Murphy and Republican Kim Guadagno can at least agree on one thing this campaign season: Amazon belongs in New Jersey. But whether they agree on how to lure the company to build its second headquarters here is another question.
The Record Read more

Can Kim Guadagno use property tax anger to pull off a win in N.J. governor’s race?
Guadagno, Christie’s lieutenant governor for the last eight years, is banking that residents’ hunger for a drop in property taxes — and her plan to help them — can carry her to an upset of Democrat Phil Murphy. The question is: Will that be enough?
NJ.com Read more

Did Twitter just give Phil Murphy twice as many characters as Kim Guadagno?
He’s got a double-digit lead in the polls and a wide gap in raising campaign cash. Now it seems Democratic candidate for New Jersey governor Phil Murphy has yet another advantage over Republican opponent Kim Guadagno: more characters to use in a single tweet.
NJ.com Read more

Menendez recounts ‘human catastrophe’ he saw on Puerto Rico visit
Back from his visit to Puerto Rico, Sen. Robert Menendez (D-NJ) described what he called the “human catastrophe” occurring on the island of 3.4 million United States citizens.
The Record Read more

New Jersey turning into a political punching bag for Republicans in Washington
When some Republicans sought to strip out $900 million earmarked for the Gateway Tunnel, House GOP leaders called a vote on it. Ditto when they tried to end a $1.6 billion program for New Jersey and other northeastern states with extensive mass transit.
NJ.com Read more

Police union calls on Fulop to release tape of alleged bid-rigging
The president of a Jersey City police union that is in a contract dispute with Mayor Steve Fulop’s administration is calling on the mayor to release a recording of the mayor’s top staffers allegedly discussing their efforts to rig a bid in 2014.
Politico Read more

Paterson Council picks Williams-Warren, not Ruby Cotton, to be interim mayor until May election
Retired municipal clerk Jane Williams-Warren will become Paterson’s next mayor on Oct. 10, under decision reached by the City Council late Friday. Williams-Warren will fill the seat that Jose “Joey” Torres was forced to give up as a result of his conviction on Sept. 22 of corruption charges.
Paterson Press Read more

Charge: Man threatened LoBiondo with blood bath
A Millville man is accused of threatening to kill Rep. Frank  LoBiondo and his congressional staff in “a blood bath.”
Courier-Post Read more

Report: 32 US states could offer sports betting in 5 years
Legal sports betting could be offered in 32 states within five years if the U.S. Supreme Court rules in favor of New Jersey’s quest to offer such gambling, according to a new report.
Associated Press Read more

Editorial: Murphy needs to stop punting on property taxes
Faced with the country’s highest property taxes, New Jersey imposed a 2 percent cap on salary hikes for police and firefighters back in 2010, and it’s worked as planned, keeping unusually high salaries from going too much higher.
Star-Ledger Read more