Steve Sweeney and George Norcross’s increasingly desperate campaign to cling to power has taken an interesting turn. Instead of making the case that Sweeney has effectively served his constituents in the 3rd legislative district, they have taken to bashing the New Jersey Education Association and its members for taking a principled stand against Sweeney’s record of failure and broken promises.

Through surrogates, they have thrown mud and slung insults designed to distract attention from the disastrous results of Steve Sweeney’s eight-year partnership with Chris Christie that has left working-class families struggling and New Jersey’s economy in a shambles.

The most ludicrous charge of all is that, as a Democrat (at least in name), Steve Sweeney should automatically get the blind support of educators, despite his abysmal record. That flies in the face of NJEA’s long record of supporting both Democrats and Republicans based on their record and policy positions, not on their party membership.

It also flies in the face of logic or common sense. When NJEA members looked at Sweeney’s record prior to this election, they concluded that it was time for a change. That should not be a surprise to anyone who has been paying attention. Sweeney’s time in office has been marked by deal after deal with Chris Christie and betrayal after betrayal of public employees.

Steve Sweeney sat by year after year as Chris Christie underfunded New Jersey’s public schools by over $9 billion, unwilling or unable to use his power as Senate president to intervene on behalf of New Jersey’s children and get students in every district the funding they deserve under the law.

Steve Sweeney cut another bad deal with Chris Christie just last year to slash taxes for the very wealthiest few families in New Jersey. At the same time, he agreed to increase the gas tax by 23 cents per gallon, an increase that hits lower income households the hardest.

Steve Sweeney worked with Chris Christie to pass a law in 2011 that undermined the collective bargaining rights of public employees. That same law slashed already-earned pension benefits, including for current retirees, and imposed huge and growing health insurance costs that have caused many public employees to see their take-home pay decrease from year to year.

So his decision last year to break an iron-clad promise on pension funding — that he would support a constitutional amendment finally to require the state to pay its fair share — was just one of many, many failures during his tenure as Senate president. Those failures have hurt working families across New Jersey and public employees in particular.

Despite all that, Steve Sweeney and his supporters think that NJEA members should ignore his failures and simply go along with the political powerbrokers who want to maintain the status quo. They want NJEA members to turn a blind eye to his record, his betrayals, and his broken promises.

Sweeney, Norcross and their allies are spending millions of dollars propping up his campaign. They know he can’t run on his record. They know that voters in his district are fed up with his neglect of South Jersey and the bad deals he continues to make with Chris Christie, deals that have hurt those voters over and over. So they are pouring enormous amounts into an expensive, nasty campaign to protect him. It’s typical New Jersey politics.

But in America, powerful politicians and political bosses aren’t the only ones with rights. Working people also have the right to participate and to stand up for what they believe in, even when that means taking on powerful, entrenched forces.

That’s what the members of NJEA and others who want change are doing in legislative district 3. We have chosen to support a candidate who stands with us on collective bargaining, school funding, standardized testing and workers’ rights. We have said “enough” to Steve Sweeney, who thought he could betray us and still take us for granted.

So NJEA members are exercising our rights. We are making phone calls, knocking on doors and talking to voters. We are showing New Jersey what democracy looks like.

And this is just the beginning.

Marie Blistan is the president of the 200,000-member New Jersey Education Association. 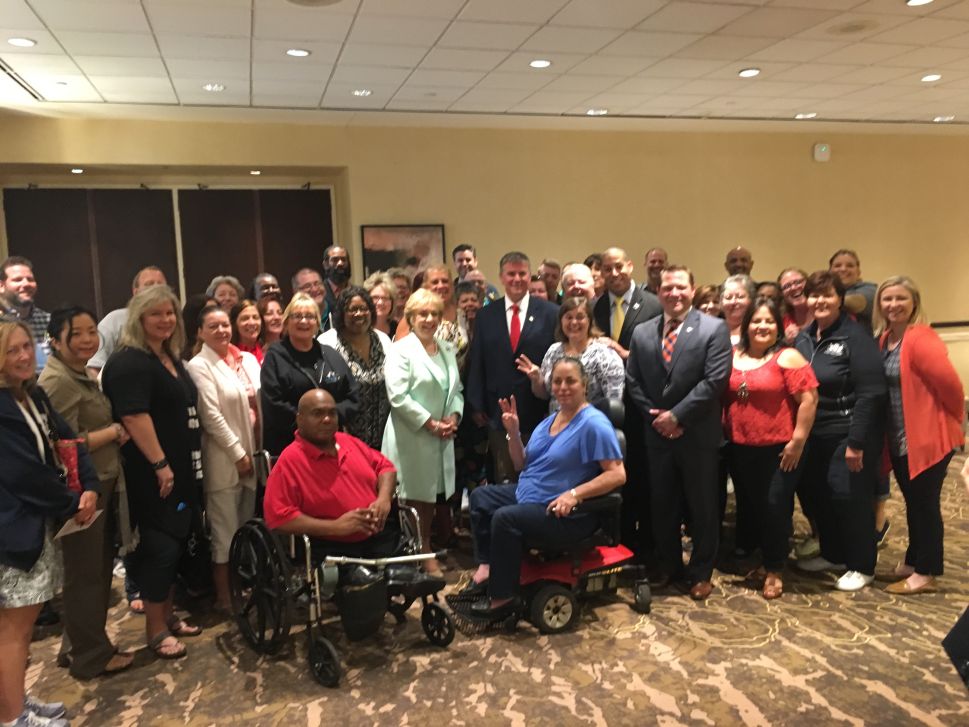