So, you tell me what’s wrong with this picture. A highly publicized 27-year-old composer’s first opera plays its New York premiere at the Brooklyn Academy of Music. It’s a tragic gay love story featuring poet Walt Whitman, finishing with a chorus of war survivors singing an anthem to hope. At the end, the audience applauds.

O.K., that was sort of a trick question. The answer is: after so much in the opera Crossing that was admirable, uplifting and downright heart-rending, there was no standing ovation (at least not on the opening night, October 3). No, hardly a soul stood to applaud, not even for veteran baritone Rod Gilfry as Whitman or the tousle-haired wunderkind composer, Matthew Aucoin.

Gilfry, at least, was cheated, because he deserves the highest praise for a performance that was paradoxically both a stunning star turn and a self-effacing character portrait. His big, muscular voice remains in superb shape after more than 30 years of career, and he seemed to exult in the leaping, jagged vocal lines Aucoin assigned him.

He conveyed Whitman’s conflicted attraction to a young wounded soldier (the opera’s only wisp of plot) through the contrast of his rich, freely soaring voice and a carefully crafted physical tentativeness. It was as if we could hear and see the war within Whitman’s soul.

Among the luxurious cast (the Met should have a comprimario bench this deep) Davóne Tines thrilled in his aria about escaping from slavery and joining the Union army, revealing the power and glamour of his bass-baritone in a vaulting, grandiloquent solo.

The major problem I heard with the opera is that everything is grandiloquent, sometimes to the point of bombast. Big and shiny and full of fanfare, the music is two parts John Adams to one part Jerry Goldsmith. By the halfway point, I began to wonder if the antagonists in this war were Confederates or Klingons. For all its sound and fury and sterling intentions, Crossing has a hollow place where its heart ought to be.

As for the character John, the Rebel spy who gets Whitman’s juices flowing, it’s hard to say if the unpleasant yelps emerging from tenor Alexander Lewis were the fault of the singer or the composer. Either way, the poor guy sounded like he had taken a minie ball to the larynx.

Diane Paulus’ overstated production compensated somewhat for the lack of a storyline, at least until she brought on a quartet of dancers in Union uniforms to offer an interpretation of the horrors of war that owed more than a little to Michael Bennett’s “Turkey Lurkey Time.”

Uptown at the Met, there’s no contemporary opera on the schedule until later this month, when Thomas Ades’s The Exterminating Angel slithers into the repertoire. In the meantime, there is major cause for rejoicing in the arrival of soprano Angel Blue, who sings Mimì in La Bohème through October 27.

A statuesque young woman with a gorgeous face and a luminous smile, she offers a voice of pure cream, shimmering and rich throughout her range and sheerly voluptuous from pianissimo to fortissimo.

Best of all, she projects the repose born of confidence. On October 6, both of Mimì’s arias unfolded serenely and organically. The soprano didn’t do anything overt to attract the audience; rather, the audience were magnetized to her by their own fascination.

If I had to wager on who might become the next Netrebko-level opera superstar, I’d bet on Blue. 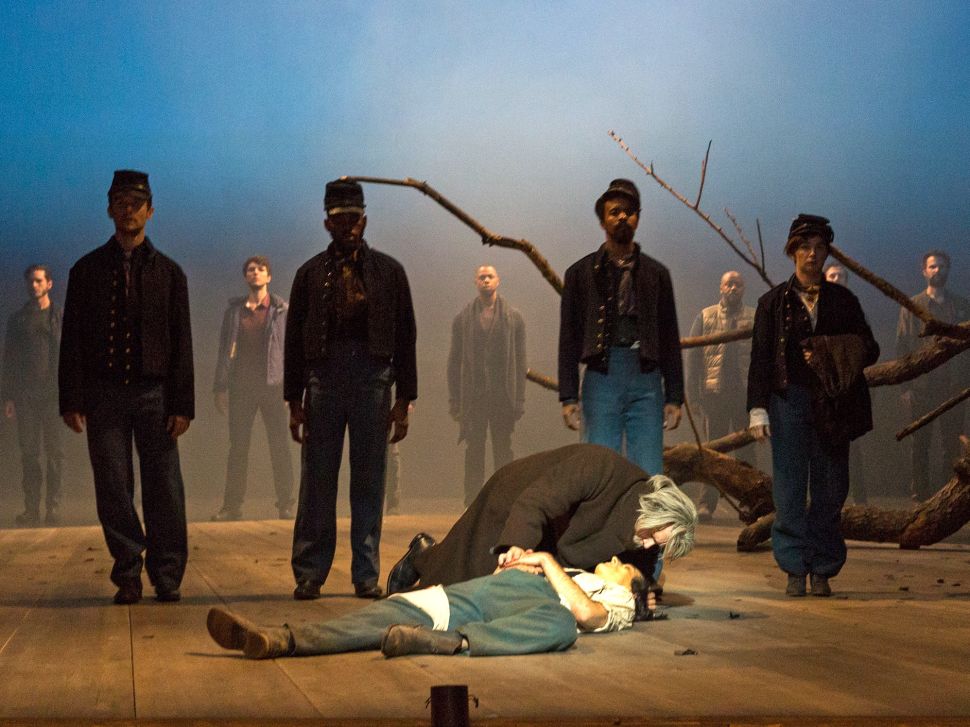