The economic law of supply and demand seems to be running in reverse in Hollywood. Either that, or the 2018 Oscars are suffering from a serious case of misjudgement over at ABC. Despite a years-long trend of declining ratings, the network is planning to charge more than ever for ad time during the star-studded event. Bold move.

We all know Disney, which is the parent company to ABC and other networks, is struggling on the small screen these days. Perhaps that explains why they’re seeking as much as $2.6 million for a 30-second ad during the 2018 Academy Awards telecast, according to Variety. The outlet reports that ABC, which renewed a deal last year that will keep the Oscars on its airwaves through 2028, is nearing “sell-out of commercial inventory for next year’s broadcast,” and is circling a few deals that would feature sponsors throughout the show in a more “significant way.”

“In some cases, ABC is seeking between $2.2 million and $2.5 million, this person said, though a media buyer suggested the network may have slightly more inventory available and could be open to deals around the $2 million mark. For this year’s broadcast, ABC initially sought more than $2.1 million for a 30-second ad. In recent years, 30-second Oscar ad spots have typically gone for between $1.8 million and $2.2 million.”

Unlike Netflix’s price hike coinciding with the highly-anticipated second season of Stranger Things, ABC’s tactics come at a time when the network doesn’t hold a ton of leverage. This year’s Oscars averaged 32.9 million viewers, a four percent drop compared to 2016. In the key advertiser demographic of adults ages 18-49, the telecast averaged a 9.1 metered market rating, which marked a 14 percent from from 2016, per THR. It was also the longest Academy Awards ceremony in a decade at almost four hours, which probably doesn’t help. Overall, the show has seen three consecutive years of ratings declines, losing 10 million viewers between 2014 and 2016.

However, similar to The Walking Dead, a dip isn’t nearly as troublesome when you’re still on top. The Academy Awards still outpace the Golden Globes, Grammys and Emmys in viewership. It’s also still a hugely profitable endeavor for ABC, as the network reaped a reported $115 million in ad revenue back in February. In this era of cord cutting and streaming, drawing huge chunk audiences is more difficult than ever. Advertisers are taking advantage of these rare opportunities, which may explain how ABC can get away with charging more even as fewer viewers tune in.

But ABC and advertisers may be disappointed yet again this year as ratings tend to fluctuate alongside nominees. When the Oscars are flooded with art-house features that tend to appeal to older audiences, the ratings seem to tumble (2008’s telecast drew a series low 32 million viewers as No Country For Old Men won Best Picture). When the nominees are peppered with major blockbusters, ratings rise (1998’s show drew 55 million viewers as Titanic drew the top spot). Based on our early Oscars predictions, we’re expecting something closer to the former. 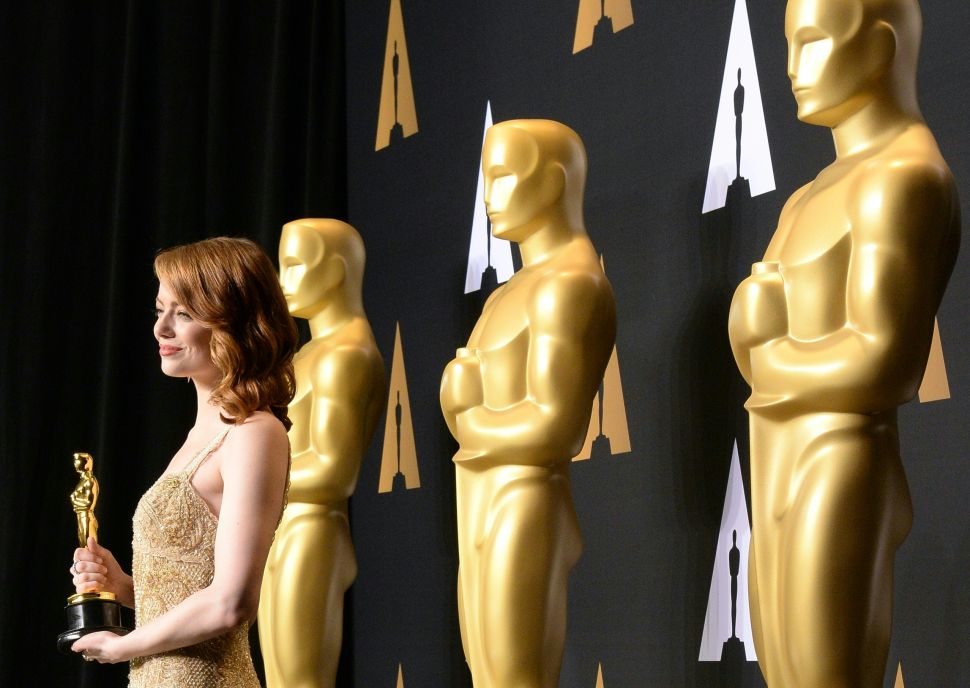