It was May 2012 and I was in Phoenixville, Pennsylvania, getting ready to speak at a press conference an organization that I worked for then had organized. We were there to talk about the stormwater management practices of nearby communities, the kind of urban design decisions that made the impact of Hurricane Harvey so much harder on the Houston area. Only a few reporters showed up, but I remember it because one of them was the local guy running the Patch.com site in the area.

Patch was about five years old then, but I’d never encountered one of its reporters in the wild. It was the first time the organization became real for me. From then on I started seeking out Patch’s when I had news about and pollution I wanted someone to write about.

About a year later, Patch Media’s benefactor and owner, AOL, would downsize it from 900 down to nearly half. By the time Hale Global purchased the company in 2014, it would be down to the 450 people, according to The New York Times, and even more reporters would lose their jobs.

“There’s a rethinking about the whole economics of local,” Warren St. John, the company’s CEO and executive editor told the Observer in a phone call. “If efficiencies of scale aren’t realized at local it’s going to be really hard to get local coverage in a lot of communities.” It’s had 15 straight months of profitability though September 2017, with 148 full-time employees. It’s hired over 30 more this year. It recently expanded to  Birmingham, Alabama; Denver; Miami; Indianapolis and Charlotte, North Carolina.

It’s monthly traffic saw 27.5 million unique visitors last month, according to the company, numbers that square with what Similar Web shows in terms of visits to the site.

“There’s a barbell of digital media value, where on the one hand you have super high value,” he argued, the big sites like The New York Times and Bloomberg that have all the best experts. On the other end, is super niche sites: the trade publications, sites that cover unique interests and news about your backyard.

“The scary place is to be in the middle,” St. John said, without the recognized expertise nor the indispensability to a niche community. “Patch is a platform with 1200 niche publications and growing,” he said. Of those sites, 800 or so have editorial staff assigned (the rest are mainly a community calendar with weather mixed in). Each journalist covers several adjacent communities. As the company gets stronger, it hopes to decrease the journalist to community ratio.

St. John argued that Patch has advantages as a platform both on the expense side and on the revenue side.

First, it can amortize its expenses across hundreds of local sites. For a local paper, keeping a development team on staff or hiring coder assistance as needed can be a major expense, and that cost is spread over just one location. “We are trying to use the efficiencies of a single platform to cover multiple communities,” St. John said. “We have one platform. We have one development team. Yet it can serve hundreds of communities.”

It has been iterating on what works for keeping users engaged. Email drives 32 percent of its traffic, with a super high open rate. It also is able to feed its headlines into Amazon’s Alexa system, which can turn around and package local reports for Alexa owners in all of Patch’s communities. That’s a good example of what St. John means when he says a platform really can scale local news.

When you’re in Birmingham, you won’t hear the Patch report from Colorado, but it’s all going in at the same time from the same system.

St. John tends to talk about the company as if it started in 2014, when it spun off from AOL. That’s when it went from a division in a giant company to one that needed to earn money to do new things. “In our second year, we learned the value of hyperlocal news alerts,” he explained. The alerts come over email and on its iOS app (coming to Android soon). Users can track news from more than one local community (for example, where you work and where you live). Folks want to know about traffic tie-ups and flash floods. They’ll click those alerts to find out more.

Notifications drive about 20 percent of the company’s traffic.

The revenue side also has local advantages. It uses the same cocktail that most sites do. Lots of programmatic ads with direct sales for messages at the local and national level. Those ads are often made in house by Patch’s creative team, for its clients around the country.

Where the company has benefited from its local connections is in a new DIY advertising product, still in beta. Local businesses are buying promoted spots on local calenders, advertising for jobs and also putting together their own ads for display on particular local sites (any given city’s page is called a “patch,” in the company parlance).

This ad product is still in development, but it’s also reached what St. John said represented the high single digits of its revenue makeup. It’s not huge, but it’s not nothing, either. Additionally, since those advertisers are all DIY, the only marginal cost for each sale is the credit card processing fee.

All these DIY ads get fed through to a Slack channel the company can seen as users buy them. St. John read off a few recent ones as we spoke. There were ads for a lost cat, wrestling team tryouts and a Chamber of Commerce gathering donations for  a local cause. It’s hometown stuff.

“That’s an opportunity that exists in local that may not exist in national,” St. John said. 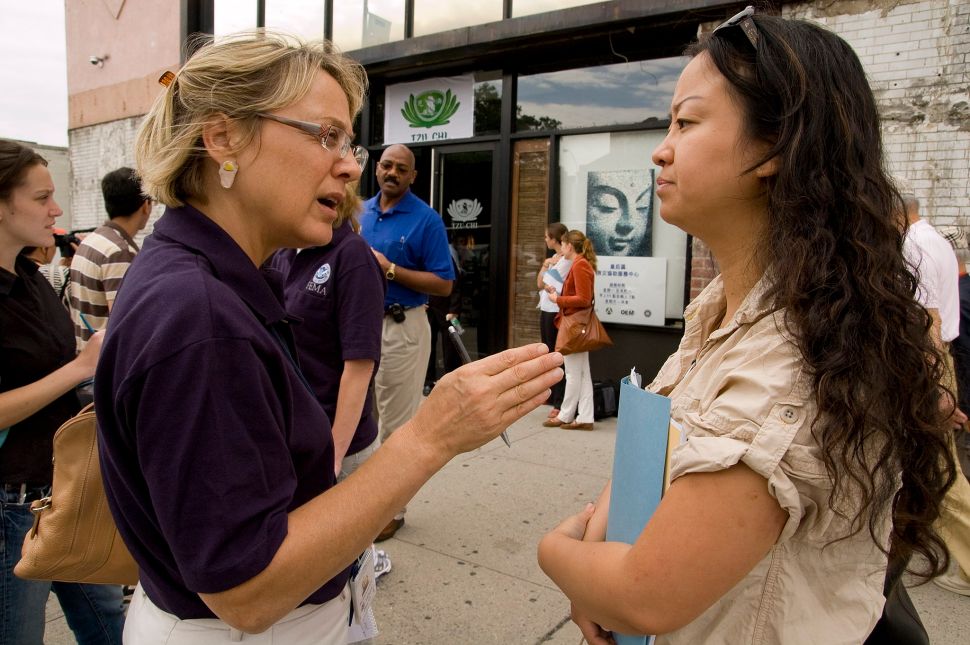