The news was all over the television and internet: a gunman was machine-gunning people to death at a large country music concert in Las Vegas. People were dying.

As many Americans turned to their smartphones and computers, they were assaulted with the breaking news on search engines and social media. In that cacophony of news alerts, descriptions of the gunman were coming to light on the top searches on Google and in the trending topics section of Facebook.

Some posts inaccurately identified the shooter’s name and claimed he was an ardent anti-Trump liberal who possibly just converted to Islam. Right?

Alt-right propagandists seized on the breaking news event to muddy the waters of fact and truth in a disinformation campaign intended to be blindly absorbed by an information-hungry American public watching another tragedy unfold. The plan started on multiple threads on 4chan, an online messaging board, as first reported by Buzzfeed’s deputy global news director, Ryan Broderick. Then the 4chan posts started getting looped into Google search algorithms, disseminating widely to millions of people.

As if the large internet companies didn’t have enough problems already, they are walking a 1st Amendment tightrope with national legislators on internet ethics and push back from foreign governments. Congress wants Silicon Valley to clamp down on a wide variety of abuses that occur on their web platforms.

While the alt-right movement is busy trying to upend the legitimacy of mainstream news outlets, Americans have been finding the media more credible than before, as was the case about a year ago during the height of anti-media fervor.

Back then, Candidate Trump masterfully fostered a climate of “the-media-is-the-enemy” as a stock-in-trade tool at his campaign rallies to entertain his supporters, who would hurl obscenities directly at the candidate’s traveling press corps, conveniently positioned—sheepishly—in the middle of the rallies.

However, apparently some of those supporters are becoming less confident in now-President Trump, according to a Reuters/Ipsos poll published on Tuesday, little more than a day after the Las Vegas shooting that left 59 dead (so far) and 527 more injured.

Despite a torrent of disinformation and “alternative facts” over the last year or two, 48 percent of Americans expressed a “great deal” or “some” confidence in media agencies, compared to just 39 percent in a similar poll last November, Reuters reported.

For one, “the circus” came to town—proverbially speaking, to Washington, D.C.—and a few press secretaries and chiefs of staff later, it’s become difficult for Republicans to defend someone who utterly insists on saying something incendiary or bombastic at every single opportunity. His populist appeal hasn’t been helped by the Russia-collusion allegations currently being investigated by former FBI Director Robert Mueller.

The Reuters/Ipsos poll, which surveyed 14,328 respondents, noted the causes for the shift weren’t entirely partisan either. Among Republicans, from January to September, confidence in the White House dropped six percentage points and three among Democrats.

Trump has consistently lambasted individual journalists and condemned entire agencies and newspapers as distributors of “fake news” when publishing stories critical of the president.

While not all Americans are getting their news from the same place, they are seeking media sources they trust, Martha Kumar, a presidential historian, told Reuters in referencing the shift.

However, in the September issue of The Atlantic, Kurt Anderson cites that under the climate of a new American normal, “15 percent of us truly believe the ‘media or the government adds secret mind-controlling technology to television broadcast signals,’ and another 15 percent think that’s really possible, according to a 2013 survey by Public Policy Polling. A quarter of Americans believe in witches. Remarkably, the same fraction, or maybe less, believes that the Bible consists mainly of legends and fables—the same proportion that believes U.S. officials were complicit in the 9/11 attacks.”

Have those people shifted their opinions in the last four years? Probably not.

The advent of the digital information age has exponentially wrought more dissenters of anything “mainstream,” Anderson argues, making crack-pot theories on institutions such as the press commonplace for those in the alt-right movement.

“Among the web’s 1 billion sites, believers in anything and everything can find thousands of fellow fantasists, with collages of facts and ‘facts’ to support them,” Anderson wrote in The Atlantic cover story. “Before the internet, crackpots were mostly isolated, and surely had a harder time remaining convinced of their alternate realities. Now their devoutly believed opinions are all over the airwaves and the web, just like actual news. Now all of the fantasies look real.”

It’s a give-and-take process, obviously. But between Anderson’s branding of the modern age as kind of truthful and neo-Nazi trolls viciously employing propaganda campaigns whenever and wherever they can—even at the one of the single-worst shooting massacres in U.S. history—the Reuters/Ipsos poll lets us all know there is hope yet that Americans might be able to discern fact from fiction on their own.

Because let’s face it, with a potential loss of critical-thinking and deductive-reasoning skills among many of our citizens, so goes a nation. 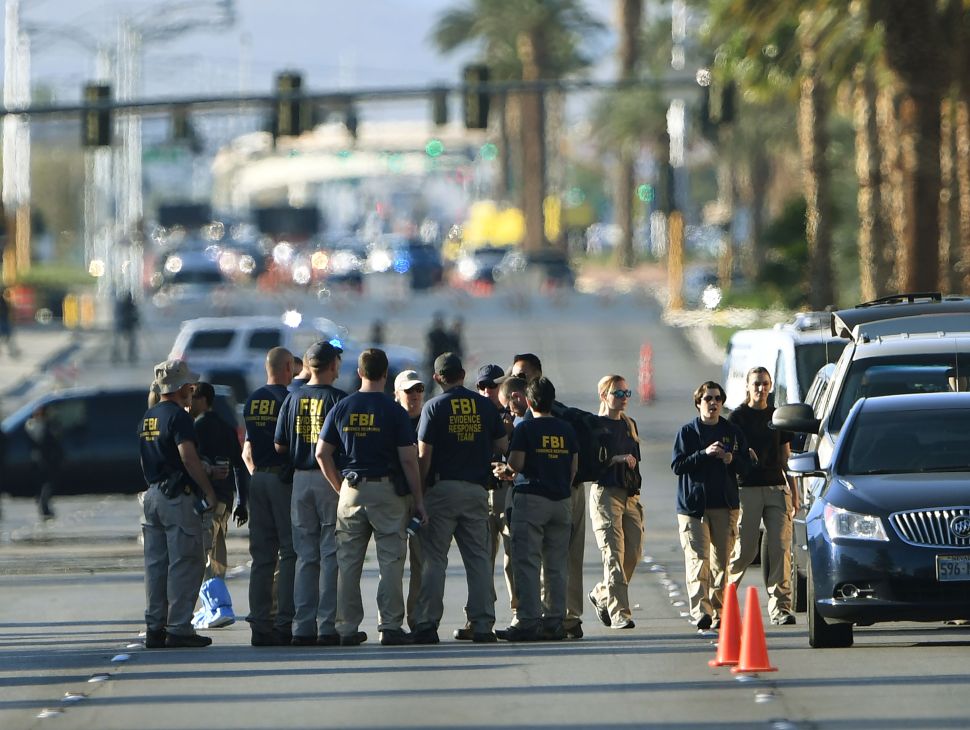