Tech companies don’t agree with President Donald Trump on much, but even they are applauding his new plan to increase innovation in American skies.

This week, Trump and Transportation Secretary Elaine Chao announced a new initiative to help companies safely test drones in partnership with state and local governments. The Unmanned Aircraft Systems Integration Pilot Program will be used to to integrate drones into the national airspace and explore the economic benefits of unmanned technology.

According to a press release from the Department of Transportation, the program will focus on developing a regulatory framework for drone owners and operators while minimizing safety and privacy risks. Once these requirements are met, the DOT and Federal Aviation Administration can authorize “more complex low-altitude operations,” the release said.

The program will also take advantage of the economic benefits of drones. According to The Association for Unmanned Vehicle Systems International, by 2025 drones will create 100,000 jobs and contribute $82 billion to the American economy.

“This program supports the president’s commitment to foster technological innovation that will be a catalyst for ideas that have the potential to change our day-to-day lives,” Chao said in the release.

The pilot program will focus primarily on concepts like night operations, flights over people and package delivery. It will also evaluate the real world uses of drones in fields like agriculture, commerce and emergency management—drones have already been used to assess damage after Hurricane Harvey.

Once it evaluates all the applications, the DOT and FAA will select at least five projects to partner with over the next three years.

Details on the new drone program are still pretty scarce—the DOT did not specify how projects would be evaluated, or what procedures interested parties should follow. It also gave no indication of how much the project would cost.

In spite of this, the tech industry is still excited about the program’s possibilities. Amazon, which recently patented a drone delivery system, was among the companies that publicly thanked the Trump administration on social media:

Tech companies have been experimenting with drones for several years, but until now they’ve been hampered by FAA regulations such as a strict certification test for drone pilots. The agency doesn’t allow drones to fly beyond the owner’s line of sight, above 400 feet, anywhere near an airport, over people or at night without a waiver. The FAA has granted 1,300 such waivers—most recently, it authorized CNN to fly over crowds of people at public events and film them.

The FAA’s caution is somewhat justified, since even without drones it handles more than 40,000 flights a day. But if this pilot program is a success, maybe you’ll get your Amazon packages by drone without having to give delivery people access to your home. 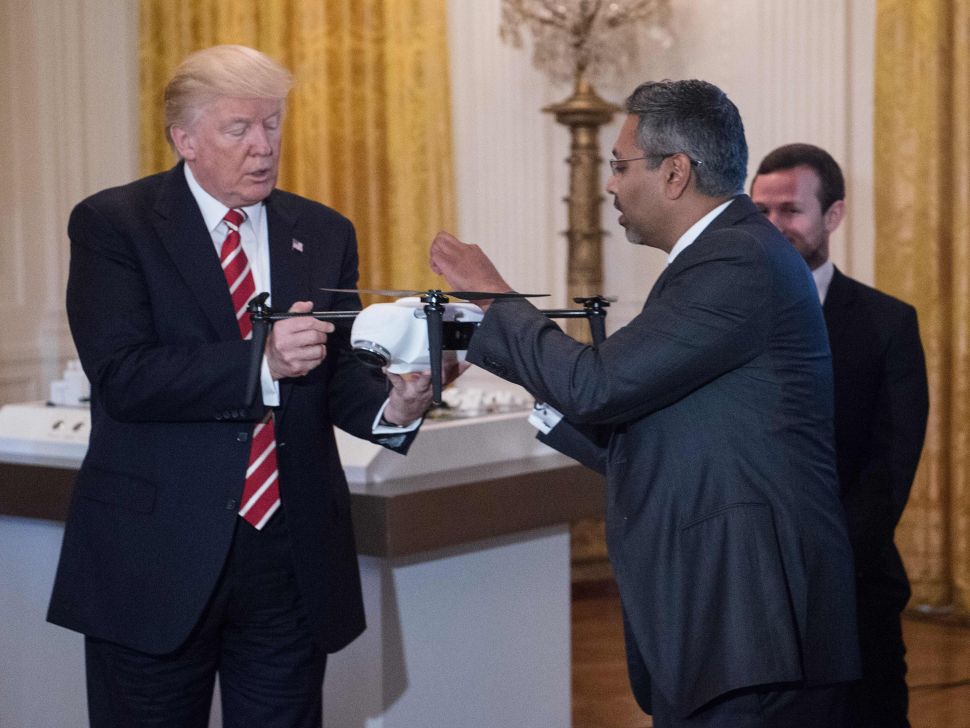