Prince Harry’s girlfriend, Meghan Markle, might have started her career as a lifestyle blogger and actress, but ever since her royal relationship went public, her style has been completely regal—with no influencer aspects in sight. The look in question is more than likely courtesy of Jessica Mulroney, stylist to Justin Trudeau’s wife, Sophie Gregoire-Trudeau.

Mulroney actually made an appearance at the Invictus Games last weekend, when she was spotted in the exclusive box shared with Markle’s mother and Markus Anderson.

The stylist has famously outfitted Gregoire-Trudeau in Canadian designers for a variety of events, including the couple’s visit to the White House and their royal tour, where she might have have met Markle’s future family. The connection does have a bit of nepotism behind it. She’s married to Ben Mulroney, a TV presenter who just happens to be the son of Canada’s former Prime Minister, Brian Mulroney.

While Mulroney isn’t officially Markle’s stylist, they are close friends. And if your close friend just so happens to advise the Prime Minister’s wife on matters of fashion, wouldn’t you occasionally ask her for advice on what to wear? The group text situation must be epic. The two bonded last summer over their shared wellness obsession and even vacationed in Italy together.

Mulroney’s current Instagram updates are quite similar to Markle’s own pre-prince presence, with plenty of workout shots and #sponcon. Maybe Markle will one day make an appearance.

I do a lot of styling, but there's nothing like doing it with brides. So excited about our new collections @kleinfeldcanada and @maisonbirks. Can't wait to meet new brides-to-be this year! Who's getting married?🍾

Perhaps Mulroney will be Markle’s maid of honor if Priyanka Chopra isn’t available. The royal and his girlfriend have been talking openly about their engagement lately, so the wedding must be sometime soon. Luckily for them, Mulroney also focuses on bridal style. She has an entire social media account devoted to weddings and has even partnered with Randy Fenoli, from Say Yes to the Dress in Canada. If only Markle would pick out her dress on the show. 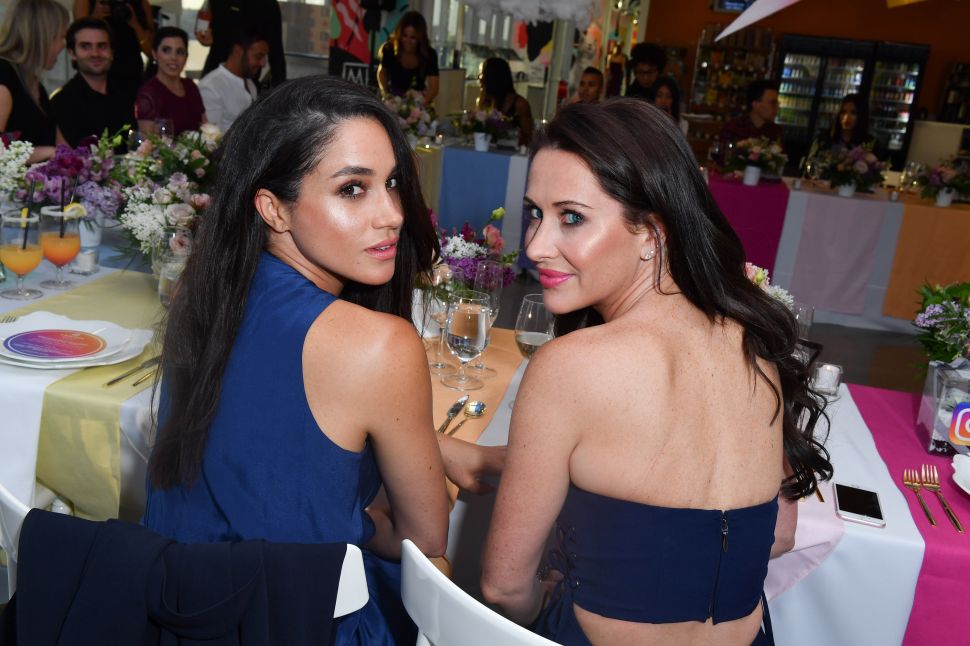