Your favorite friends, Prince Harry and President Obama, are getting ready to spend even more time together. While they had some dudeplomacy time last month during wheelchair basketball at the Invictus Games, it wasn’t enough. Now, Prince Harry is heading to Chicago for the Obama Foundation’s first annual summit.

“Prince Harry will attend the inaugural Obama Foundation summit in Chicago on 31st October,” Kensington Palace tweeted, to announce the momentous occasion. Here’s to hoping they dress up for Halloween and go trick-or-treating together. Prince Harry will attend the Summit to talk about how to encourage youth leadership, something he’s become somewhat of an expert on through hosting the Invictus Games.

Hopefully, Prince Harry’s girlfriend, Meghan Markle, will be able to show him around Chicago. She attended Northwestern, so she’s basically a native.

Plus, it sounds like Obama is interested in meeting the actress. The former president was overheard asking Prince Harry about Markle and Suits—perhaps he’s a devoted watcher of the show. Who knew President Obama was a potential #suitor? 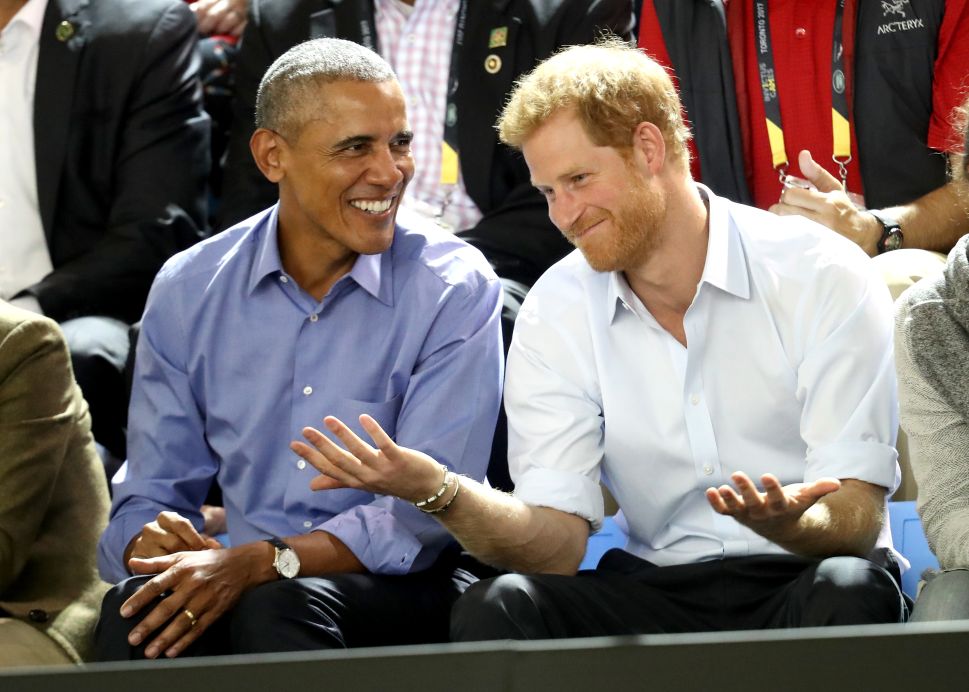