The Puerto Rican Electric Power Authority (PREPA) has cancelled a $300 million contract with Montana-headquartered Whitefish Energy after a copy of the agreement circulated online last week, revealing that the United States is prohibited from investigating connections between Whitefish profits and hurricane relief efforts.

“I am making this determination because it is in the best interest of the people of Puerto Rico,” Puerto Rican Governor Ricardo Rosselló stated during a press conference Sunday. PREPA, the government-backed power company that is responsible for Puerto Rico’s electricity generation, power distribution, and power transmission, will withdraw from the no-bid contract that has been the cause of major political scrutiny due to the fact that it was not obtained by a public bidding process.

Most of Puerto Rico’s power grid has remained offline since Hurricane Maria struck, and controversy has resulted from the delay in repair. Rosselló began calling to end the contract between PREPA and Whitefish after the contract began circulating online last week, shedding light on an ethical dilemma surrounding the contract’s inception, details that did not emerge until after hurricane relief efforts had already began. “Following the information that has emerged, and with the goal of protecting public interest, as governor I am asking government and energy authorities to immediately activate the clause to cancel the contract to Whitefish Energy,” said Roselló.

PREPA Director Ricardo Ramos said that he had to consider the “delay risk” of cancelling the contract.

Whitefish responded by stating it was “disappointed” in the withdrawal that will “only delay what the people of Puerto Rico want and deserve—to have the power restored quickly in the same manner their fellow citizens on the mainland experience after a natural disaster.”

Ramos said, “As soon as this whole issue was interpreted by the tabloids that PREPA has given away $300 million to a company with little experience…if you read that, and you have no light and no that perception changes abruptly to the extent that the last four days they’ve been throwing stones and bottles [at workers].”

Whitefish Energy was founded two years ago and had only two full-time employees at the time the contract was obtained. They now have over 300 employees.

On Friday, the Federal Emergency Management Agency (FEMA) stated its “significant concerns” and had not approved the deal in the first place. “That’s simply not something we would do,” FEMA coordinator Mark Byrne in Puerto Rico, told NBC News in a statement on Saturday. However, language in the contract suggests otherwise, stating, “By executing this contract, PREPA hereby represents and warrants that FEMA has reviewed and approved of this Contract, and confirmed that this Contract is in an acceptable form to qualify for funding from FEMA or other U.S. Governmental agencies.”

Adding to the controversy, U.S Interior Secretary Ryan Zinke has been linked to Whitefish CEO Andy Techmanski, but he denied any participation in the formulation of the contract in a tweet on Saturday: “I had absolutely nothing to do with Whitefish Energy receiving a contract in Puerto Rico,” said Zinke in a recent statement linked to a tweet. “Any attempts by the dishonest media or political operatives to tie me to awarding or influencing any contract involving Whitefish are completely baseless.” White House spokeswoman Sarah Huckabee Sanders has also denied any involvement in the deal on behalf of the Trump administration. 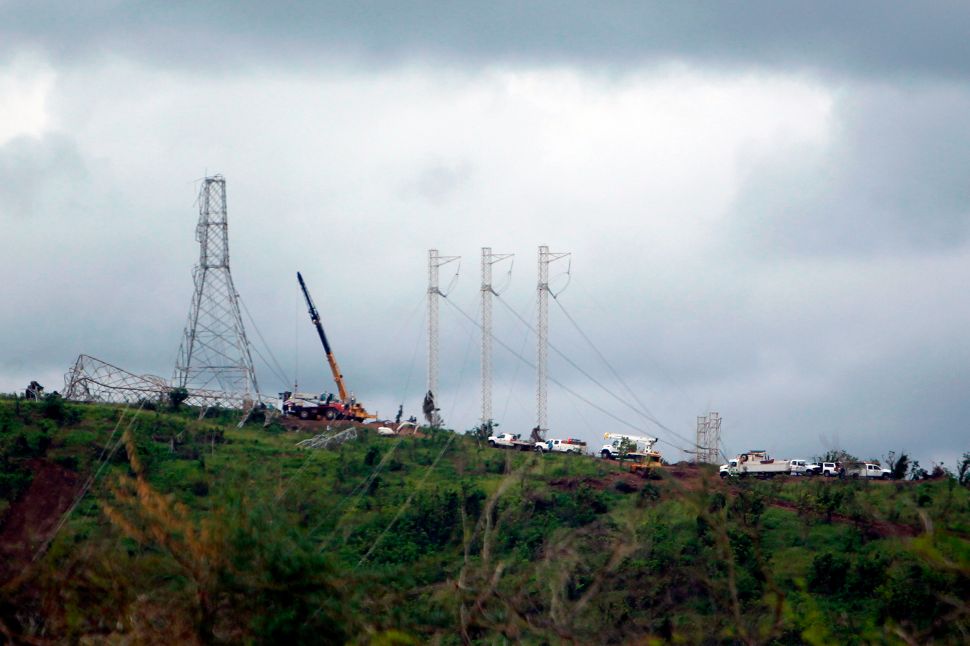