The Internet went and got itself all stirred up over the first (great) photo of Rami Malek (Mr. Robot) as Freddie Mercury in the upcoming Queen biopic Bohemian Rhapsody. Now, director Bryan Singer (X-Men: Apocalypse) is hoping to do it again with a second set photo of the Emmy-winning Malek in the coveted role. Check it out in all of its gusto glory.

“Couldn’t help myself and had to post this iPhone pic,” Singer captioned the photo which was taken mid-performance while filming on set Monday night. As with the first sneak peek, Malek looks comfortably Mercury-ian which is a big relief to fans who lost some faith in this project after original star Sacha Baron Cohen departed. Ben Whishaw had also previously been attached.

Bohemian Rhapsody will focus on Queen starting with the band’s beginnings in 1970 up until the iconic 1985 Live Aid performance. Mercury, Brian May and Roger Taylor will all be portrayed in the film (obviously) and Malek will be doing much of his own singing. Gotta work on those high notes, buddy.

Joining the Mr. Robot star in front of the camera will be Aidan Gillen, Tom Hollander, Ben Hardy, Gwilym Lee, Joe Mazzello and Lucy Boynton. For Singer, the film marks his first non-X-Men feature since 2013’s Jack the Giant Slayer. 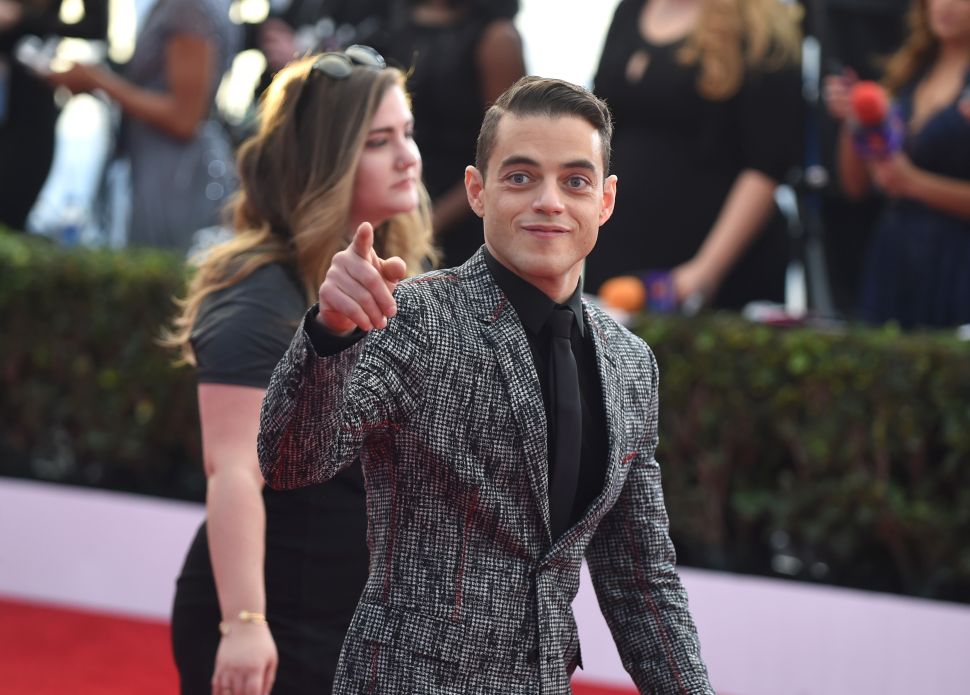