Who said bipartisanship is dead in Washington, D.C.?

Right now, Section 702 of the Foreign Intelligence Surveillance Act (FISA) allows for an American’s calls, communications and data to be collected by the federal government and stored in a database, if the American is or is thought to be communicating with a person overseas. The bill being proposed by Sens. Wyden and Paul will narrow the scope of government surveillance in a way that strikes a better balance between security and the Bill of Rights.

The authorities in Sec. 702 of FISA are a per se violation of the Constitution, and the only way to narrow the scope of them in the short term is to pass the Wyden-Paul bill. Sen. Wyden says that “the government wants Congress to extend 702 spying but won’t say what powers it provides.” Sen. Paul argues, “Intelligence agency leaders are waging an all-out public relations campaign in support of their favored surveillance authority, Section 702 of the Foreign Intelligence Surveillance Act (FISA), which expires at the end of this year. But at the same time they demand Congress renew this far-reaching spying power, officials are refusing to tell Americans how the government interprets this authority to sweep up and search their phone calls, emails, and other communications, all without a warrant.” The Bill of Rights’ defenders in Congress of both parties agree that reform is necessary to protect the right of privacy of all Americans.

Sen. Tom Cotton (R-AR) has a bill that would reauthorize the program with no reforms and would make the law permanent. The Cotton-Graham proposal would be a terrible development if passed, because that bill removes any opportunity to reform these programs that have been used for investigations that have nothing to do with national security. If Congress were to rubber stamp the federal government’s authority for warrantless spying, they would be violating the letter and spirit of the founding of our nation that some rights can’t be abridged by the federal government.

Sec. 702 of FISA expires on December 31, 2017, and there is expected to be a fight between the Cotton-Graham wing of the Republican Party, who hold privacy rights with lower regard, and the libertarian members of the House and Senate, who are expected to stand up against the federal government as it seeks to spy on its own citizens. Paul’s and Wyden’s bill is a common sense effort to make the law conform to the highest law of the land—the Constitution.

The Wyden-Paul bill has a number of elements, but the most important is to reform so-called “backdoor searches.” Right now, Sec. 702 of FISA allows for unlimited warrantless searches of data collected of Americans’ private communications. Because a warrant is not needed for these searches, Sens. Paul and Wyden have proposed a reform requiring a warrant for searches of the database when a government official wants to look for information about an American. This would prevent “reverse targeting,” where American citizens are targeted for warrantless searches using a foreign target as a pre-text to search for an American’s data.

Another important element of the USA RIGHTS Act is to limit the use of this data to foreign intelligence and crimes related to national security. Federal government officers would no longer be able to use this data without a warrant to prosecute common crimes that would usually require a warrant based on probable cause.

One glaring shortcoming of the current law is that the constitutionality of these programs has yet to be tested in the federal courts. Plaintiffs suing in a number of past cases have been denied “standing” to litigate the matter in court. Wyden and Paul have fixed this problem by granting standing to organizations so they can test elements of current law against the 4th Amendment right to privacy and the idea that a warrant based on probable cause is needed when the federal government seizes a citizens’ private personal communications.

This bill will sunset the law after four years, preserving the power of Congress to conduct oversight, and will be voted on again in another four years on the elements of Sec. 702 of FISA.

Those who believe that Republicans and Democrats can’t work together are wrong. There are members of the Republican and Democratic parties who are willing to set aside partisan differences to make our nation a better place. 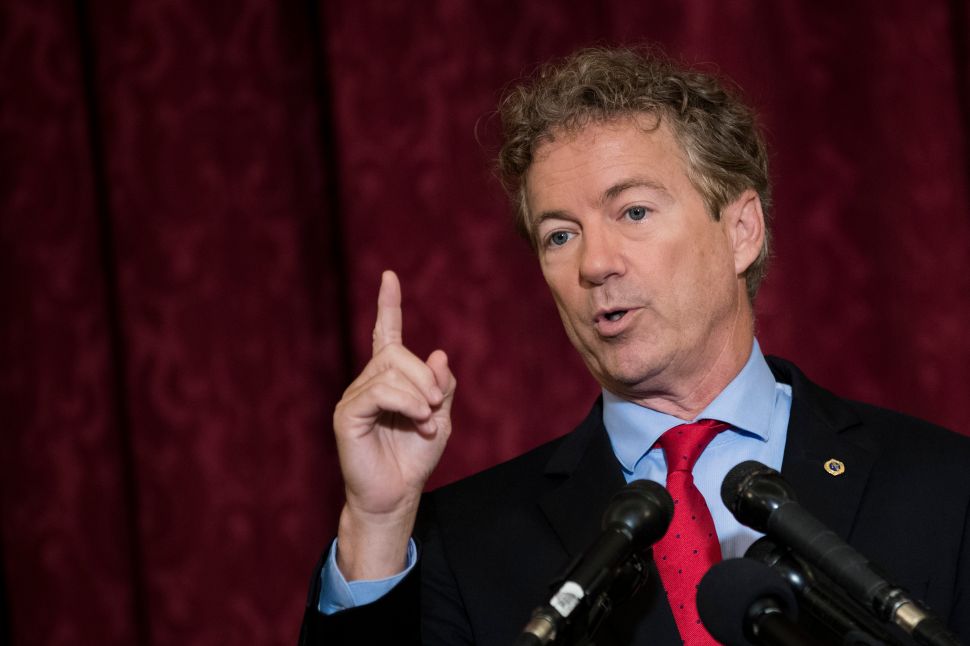