Democratic Caucus Vice Chairwoman Rep. Linda Sanchez (D-CA) has become the latest critic of House Minority Leader Nancy Pelosi, calling on her and other Democratic leaders to step down from their positions. “Our leadership does a tremendous job, but we do have this real breadth and depth of talent within our caucus and I do think it’s time to pass the torch to a new generation of leaders,” she said on October 5 during a taping of CSPAN’s Newsmakers.

Pelosi, Minority Whip Steny H. Hoyer (D-MD), and Assistant Democratic Leader James E. Clyburn (D-SC) have held their leadership positions since before Obama took office. Their long tenures have stifled opportunities for up-and-comers in the Democratic Party. But worst of all, they’ve presided over disastrous losses. Losses were particularly bad in 2010 when Republicans embarked on a “Fire Pelosi” tour across the country. Democrats lost 63 seats that year.

Pelosi’s continued presence at the helm of the Trump Resistance is obstructing Democrats’ ability to move on from failures under Obama. Instead of embracing voters’ demand for change, Pelosi and other Democratic leaders have ignored them. One month after Donald Trump won the presidency, Pelosi claimed, “I don’t think people want a new direction.” In July 2017, she undermined Democrats’ attempt to rebrand with the new slogan “A Better Deal” by stating that the party was not making any changes. “It’s not a course correction, but it’s a presentation correction,” she told The Washington Post.

As the 2018 elections near, calls for Pelosi and other Democratic leaders to resign have intensified from both moderate Democrats and progressives. A Berniecrat, Stephen Jaffe, is challenging Pelosi in her 2018 primary election, touting her refusal to support Medicare-for-All. In November 2016, moderate Democrat Congressman Tim Ryan (D-OH) received 63 votes in his bid to oust Pelosi from her leadership position, the highest rejection Pelosi has faced since she assumed the position in 2003.

Now the fifth-ranking Democrat in House Leadership, Rep. Linda Sanchez (D-CA), is publicly calling for a shake-up in party leadership. A Pelosi spokesperson, Drew Hammill, told The Los Angeles Times, “Leader Pelosi is focused on winning back the House and anything else is a distraction from our path to the Majority.” While her staff have called for party unity to quell criticism of her leadership, demands for change are likely to continue growing. Voters’ disgust with the status quo is what ultimately led to Trump’s election, and Democrats can only embrace it for so long until voters leave the party altogether.

The Quiet Battle Between Bernie Sanders and Kamala Harris in Atlanta 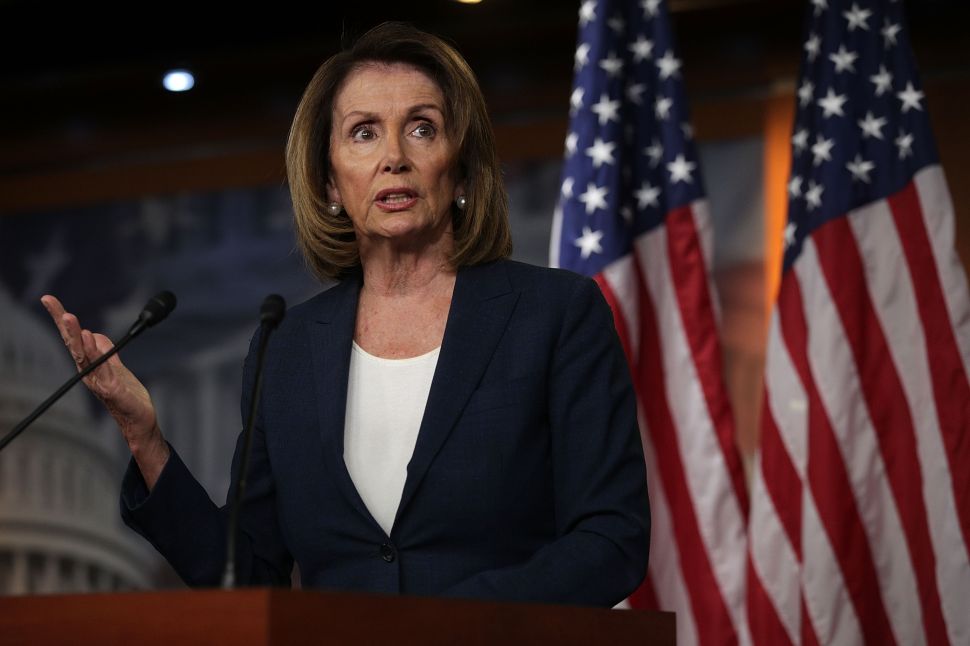