Literally, Right Before Aaron is the terrible title of a trite little comedy so jumbled, disconnected and bad you can’t believe it doesn’t star James Franco. Instead, it fritters away the talents of the charming Justin Long, a seasoned and resourceful actor who deserves much better.

He plays Adam, the bright but unappreciated, underused editor of a Hollywood-based TV show called “Nature Talks” starring an egomaniacal host (Peter Gallagher) who thinks of nothing but his own closeups. Still stressed over the breakup with his college sweetheart Allison (Cobie Smulders) and frustrated by the pressure of meeting a deadline for the show’s latest episode, Adam is doubly shaken when Allison calls out of the blue, announces she’s marrying a man named Aaron she’s only just met, and invites Adam to the wedding in their home town, San Francisco. Things get worse when he actually drags his broken heart up the coast to attend the festivities, in an overwrought weekend that includes the horrors off an embarrassing rehearsal dinner where he meets several other guys who confess, in moments of candor, they also had love affairs with the beloved Allison “literally, right before Aaron.”

Miserable frustrations mount by the hour, colliding with past memories of happier times as someone splashes red wine on Adam’s white shirt at the rehearsal dinner, the obnoxious Aaron (Ryan Hansen) slaughters Adam on the tennis court, Adam gets stoned and drunk and ends up with a goony date for the wedding (bizarre Kristen Schaal), and everything turns into a hellish nightmare as Adam wonders why he isn’t the groom instead of a supercilious Ken Doll. You spend the whole movie waiting for something to happen and nothing ever does—until the actual wedding, where Adam loses it and wrecks the proceedings, breaks up the furniture, and smashes the designer wedding cake. We’ve seen so many movies about disillusioned brides deserted at the altar that it would be nice to see one where it’s the man with the broken heart. But this is not the one.

Written, edited and directed by Ryan Eggold, who has plenty of intuition but lacks the experience to keep his ideas going with enough vitality to hold interest, this movie survives mainly through the energy of its two stars. Cobie Smulders is beautiful and natural, with a smile that lights up a room, and Justin Long is expressive, funny and versatile, oozing charm and vulnerability, with excellent though undeveloped cameos by John Cho, Luis Guzman, Dana Delany and Lea Thompson that amount to nothing more than vague sketches. The sharp cinematography by Seamus Tierney makes the Bay Area look even more crisp and inviting than any movie since Vertigo. Unfortunately, there isn’t enough character development to go around and literally, none of the good intentions are good enough to save Literally, Right Before Aaron. 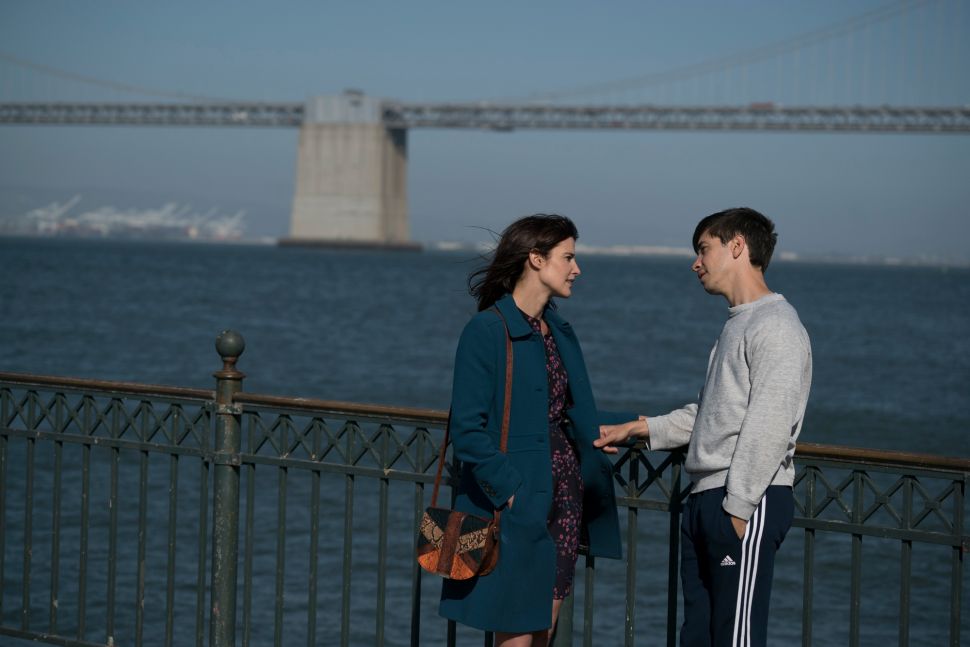