We gotta give it to The CW, they know what their brand is and they don’t stray from it. There’s something to be said for tonal consistency and audience maintenance in today’s tumultuous TV era. Especially when it works, which it is for The CW.

Riverdale, the soap opera-ish re-imagining of Archie comics, returned last night for its second season and was greeted with a series-high number of viewers. According to Nielsen data via Variety, Riverdale scored a .8 rating in the advertiser-friendly 18-49 demo and 2.3 million viewers overall to make it the most-watched episode of its young life. That’s particularly impressive when you compare it to the most recent seasonal averages of CW heavy-hitters such as Supergirl (2.35 million) and The Flash (2.84 million).

The Riverdale premiere saw an uptick of nearly 60 percent in the key demo and more than 60 percent in total viewership compared to the pilot (.5, 1.4 million). More importantly, the series is beginning to build an increased hold-over audience by doubling the demo numbers and total viewers of the season one finale (.4, .96 million). When a show connects, it usually sees additional viewers hop on the bandwagon in between seasons one and two, as the network is seeing now. Perhaps it helped that showrunner Roberto Aguirre-Sacasa promised a “sexier” and “scarier” sophomore run.

Following Riverdale, the reboot of Dynasty premiere to a .4 rating in the 18-49 demo and 1.3 million viewers, topping the debut of Valor (.3, 1.2 million) on CW earlier this week.

Thanks to Greg Berlanti’s Arrowverse and a few of this buzzy new shows, The CW has achieved some stabilizing consistency while other networks like ESPN and TNT continue to struggle. 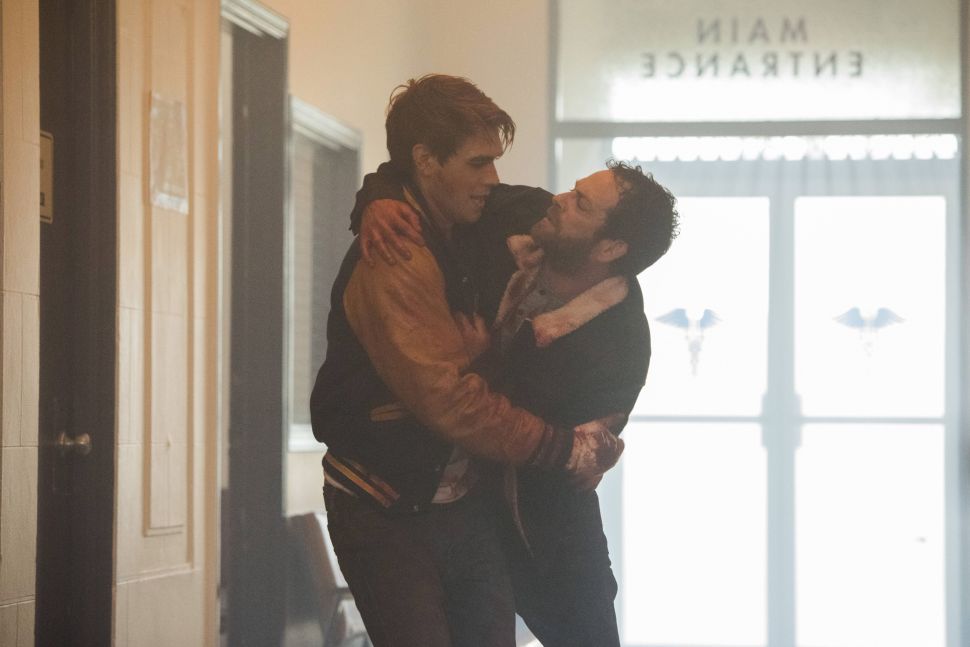