RMS Beauty founder Rose-Marie Swift is a regular at abcV, the super healthy, green goop-infused restaurant, beloved for its vegetable heavy brunches. She parks herself in the corner with her Yorkshire Terrier, Frankie. Swift previously shared custody of the dog with model Miranda Kerr.

Swift is ultra self-aware and quick to point out what’s unhealthy, even on a “plant-based, non-GMO, sustainable, artisanal and organic whenever possible” menu (avoid almond milk and tofu). She’s also eager to discuss her popular beauty line, which is selling out at Sephora and expanding rapidly.

Swift has made up the faces of a decidedly A-list line-up, including Gisele Bündchen, Sofia Coppola, Celine Dion, Paloma Picasso and Cindy Sherman. She founded RMS Beauty in Charleston, South Carolina, after experiencing major health issues. After undergoing multiple tests, she found that her blood had toxic levels of heavy metals and started to explore the world of natural beauty.

We sat down with Swift over avocado toast to talk about her new lipsticks (that are the complete opposite of Kylie Cosmetics), celebrity worship and why everything is secretly bad for your skin.

What does the phrase ‘organic beauty’ really mean?

It’s basically a growing process of herbs, seeds, oil and butter. People in the labs said, ‘Mercury is organic.’ I said, ‘Let’s get a reality check here.’ They do that because they like to see if you know what you’re talking about.

It feels like there are two different looks right now, natural makeup or a full Instagram look, with the brows and a heavy lip.

That’s because of The RuPaul Show. That’s going into drag queen territory. But just because the makeup is natural does not mean it can’t be put on like RuPaul—it can be.

The lipstick you’re coming out with has such a strong color. How do you make it?

I’ve been working on it for five years and I fired five labs. The people in these labs are chemists; they know about chemicals. Very few of them have their degree in microbiology or are ethnopharmacologists, which means they have a degree in the medicinal and healing properties of herbs. We were having a really hard time finding a lab that could produce a lipstick comparable to synthetic counterparts. Oddly enough, we ended up going to the lab that does all our stuff, we didn’t realize they did lipsticks in a tube. They blend, they don’t separate, which is an issue with a lot of natural brands, and they have more modern colors than hippie trippy, nice and natural colors that are going to be safe.

What do you think of the Kylie Jenner lipsticks, that stay on for 24 hours?

I can’t even go there. It’s a train wreck or an accident waiting to happen. You know that stuff is just solid chemicals. These things stay on your lips for what, three days? You’re in big trouble, and what it’s doing long-term is aging and dehydrating the skin. I look at that after it’s been on the skin for a while and see it dried up, caked up in the corners of the mouth. I’ve seen a 12-year-old girl addicted to one of those brands and she literally had chemical burns on her lips. Now people are waking up and wanting to have healthier products. But the trouble is with all of this Instagram, celebrity worship in this country. People think whatever a celebrity does, you can’t go wrong, but they’re wrong. A lot of celebrities are wrong.

Are more people realizing the importance of organic makeup?

People are slowly crossing over and realizing we’re putting chemicals onto our skin, getting it into our mouths, eating it, swallowing it. One of the big chemists we’re working with on a new project, he doesn’t want to put sunscreen in lipstick. If you ingest that, you’re in big trouble. He suggests not doing more than SPF 20. This is coming from a big guy in the industry.

Okay, so back to the topic at hand! Do you think people want natural beauty products, even at Sephora where there are so many choices?

I was trying to get away from the whole green thing and people asked why. We need to get through to the people in Sephora, Bergdorf Goodman, the big department stores that are addicted to these chemical laden brands. With all the bloggers talking about it, all the accessible information out there, it’s really making a shift. At least if they’re not buying the green products yet, they’re aware. People realize the same thing that’s happening with food is happening in the makeup industry. The cosmetic industry has a need to start worrying and they are worrying.

Do you think the big brands are going to start trying to go natural?

Honestly no, that’ll never happen. There’s a lot of pretending, it’s usually with slick advertising, basically done as fake science. They’ll say things like no parabens, or advertise an herb that’s in there, but it’s still in the same chemical soup. But people still get sucked in by that. People don’t know how to turn a label over and look at the ingredients. Go on to the Cosmetics Database, or ewg.org, and look up what some of these chemicals are and the actual toxicity of them. There’s a rating from zero to nine, it’s not all accurate on there but at least it’s an indicator of what is going on and it can help guide.

Even some of the natural brands use strange ingredients.

The natural brands are also very guilty of doing some iffy, questionable things. Not all of them, but there are a few out there that are jumping on the so-called ‘green bandwagon.’ I have to admit I’ve been using a few chemicals in some of my products, I have some in my eyeliner. I can’t do an eyeliner based on oil, herbs and butters; it’s going to last a total of five minutes. There are chemicals that are used in the cosmetic industry and other industries that are safe, they’re not going to harm you. But one of the problems in this industry is you don’t know what damage it’s doing because a lot of time it’s on a very silent, internal level. They’re called gender-bender chemicals. They’re ones that are mimicking estrogen, playing around with your endocrine system. People believe what you can’t see won’t hurt you, but that’s not true.

Have you seen people’s skin change when they switch to natural makeup?

I’ve seen it like crazy. Of course, you’re going to get the odd person who’s allergic to something. There are some people allergic to an oil, like coconut oil. I’d rather know right away that I’m allergic to something than not know for 30 years of applying cosmetics, or deodorant, realizing that the aluminum is a contributor to breast cancer. It’s almost like what they don’t see, feel or hear—they’re sheeple, just following what everyone else is doing. Your skin is a mirror of your gut, so whatever’s going on in the gut is going to show on the skin.

Enhance your natural beauty! These #rmsbeauty essentials are all you need for a quick and easy beauty routine that will leave your skin looking radiant and hydrated. 📸: @lemonberry_ca #rmsbeauty #naturalbeauty #mua #makeup #goodforyou #myrmsbeauty

What do you do for skincare?

Nothing. I never have. I do a face cloth and . I’ve never put anything on my face. I would take off eyeliner with the olive oil from the kitchen and when I got older I started using coconut oil. I’m almost 63. People always say ‘What’s with your skin?’ and I say ‘I don’t have that shit all over my face.’ I eat super healthy, probiotics are major.

Where do you do your research?

I phone up scientists. I phone up people that write books. I’m annoying. I have to research everything. My advice for people who are journeying into the natural realm is to take it easy. Just go for a simple product that’s clean. We get so obsessed with cleansing and sterilizing the outside, but we don’t give a shit what we put into our mouths. We’re dirtying up the inside, we just can’t see it.

What’s the worst thing people think is good for them?

Oh God, the list is endless. Drinking for one, if they knew what was in the . Food, half the shit that’s in food and the pesticides used on the growth of foods. What they do with , they now have approved using sewage for watering crops. We really have to start thinking deeper about what’s going on. You want to live blindfolded, that’s fine, but I can’t. Wherever I can spread the word, I do. I’m a pain in the ass, I know. 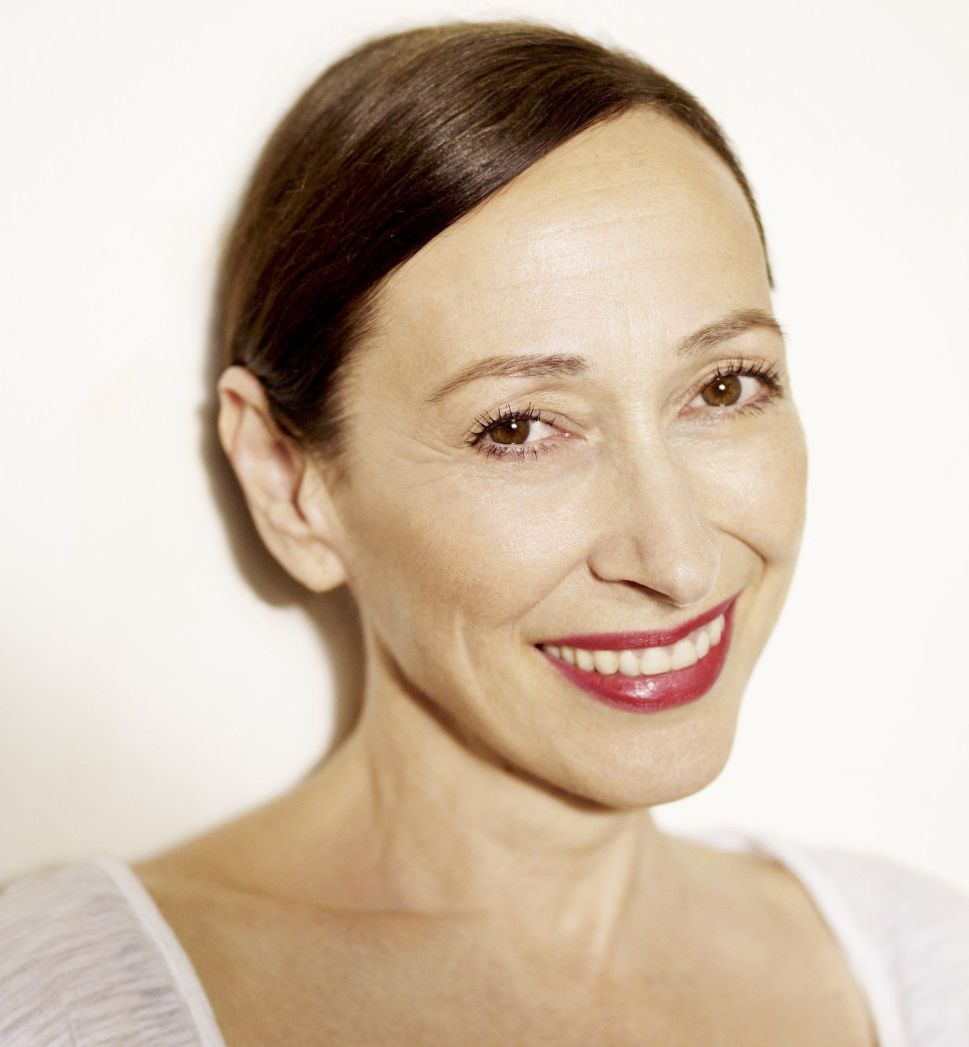