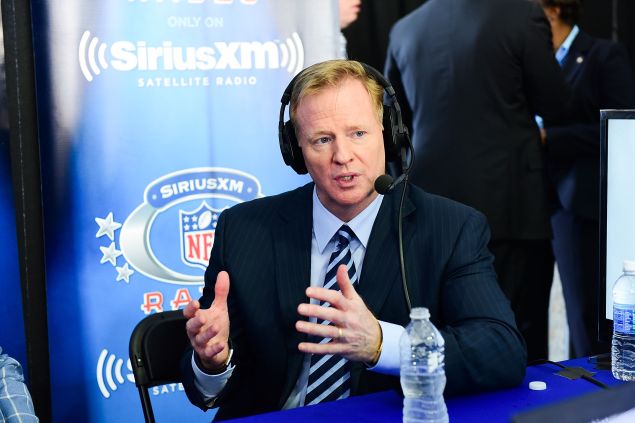 NFL Commissioner Roger Goodell has been in the hot seat given the recent national anthem protests. But every time a person or media outlet criticized Goodell on Twitter, a mysterious account called Jones Smith (@forargument) leaped to his defense.

The account had no followers and no profile picture, and while it was created in 2014 it only seemed to tweet during football season. So who was behind it?

Turns out it’s the commissioner’s wife, Jane Skinner Goodell. After The Wall Street Journal revealed her secret yesterday, she made the account private and then deleted it completely.

“I’m always bothered when the coverage doesn’t provide a complete and accurate picture of a story,” Skinner told the Journal. “I have always passionately defended the hardworking guy I love, and I always will. I just may not use Twitter to do so in the future!”

Skinner had tweeted only 14 times since August, and each 140-character missive was a defense of Goodell. She mostly replied to media outlets that she saw as critical of her husband.

“Reads like press release from players’ union. You can do better reporting,” she tweeted in response to an ESPN article about the anthem protests.

“The premise of your article is silly,” she wrote in response to a Journal story on the same topic. 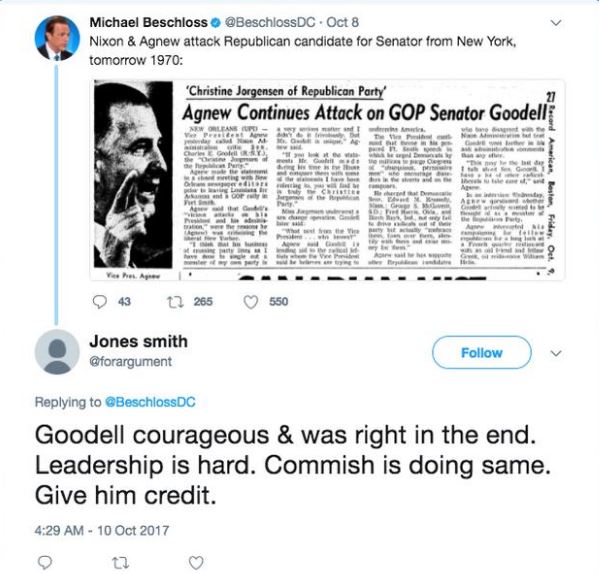 Skinner’s last tweet was a defense of her late father-in-law Charles Ellsworth Goodell, who was a Republican senator from New York. NBC presidential historian Michael Beschloss tweeted a critical 1970 article about the GOP lion last weekend.

“Goodell courageous & was right in the end. Leadership is hard,” Skinner retorted. “Commish is doing same. Give him credit.”

The secret account attracted little notice, with no likes, retweets or replies on any of Skinner’s comments. So the Journal sniffed her out by analyzing who she followed.

Skinner followed only 46 accounts, and many of them were celebrities like Taylor Swift and Ryan Seacrest. But she also kept tabs on four accounts connected to the high school the Goodell daughters attend and followed several family members.

It’s not too surprising that Skinner, who’s been married to Goodell since 1997, knows her way around Twitter. After all, she was once a journalist herself. She started out as a local reporter and then co-hosted Happening Now on Fox News until 2010.

The commissioner has 500,000 followers on Twitter, and Skinner often liked his tweets. Goodell hasn’t commented publicly on his wife’s actions, but NFL spokesman Brian McCarthy defended her.

“What she did is what every spouse in America would want to do,” McCarthy told the Journal. 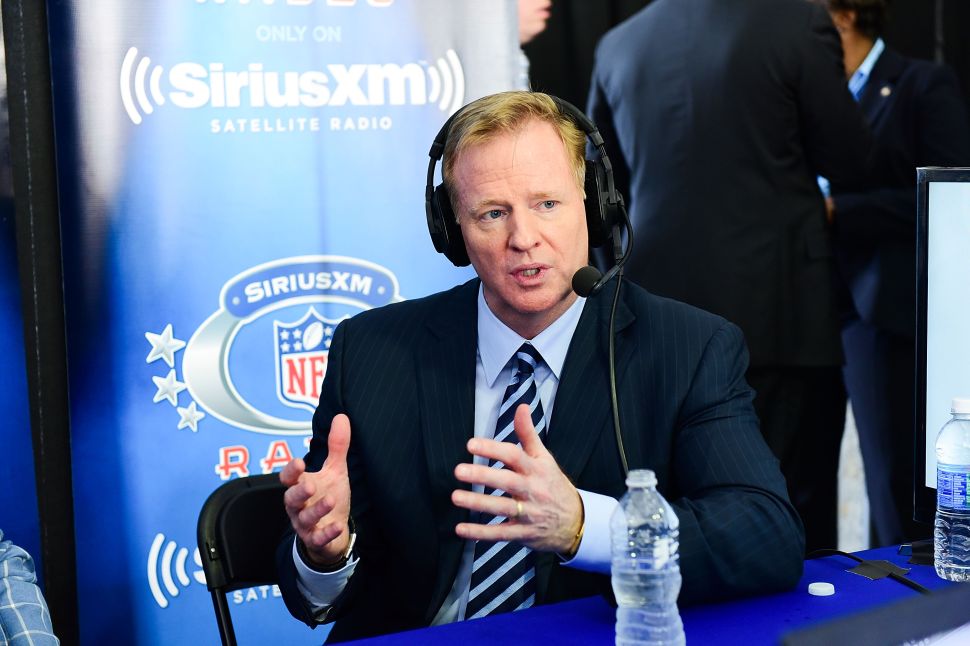