Sanders’ total favorability in this latest poll is 53 percent, and it is highest among hispanics (66 percent) and African-Americans (77 percent). His numbers dwarf other leading politicians’ on the left and right, including Hillary Clinton, Sen. Elizabeth Warren, House Minority Leader Nancy Pelosi, and Senate Minority Leader Charles Schumer. Donald Trump’s unfavorable ratings were the highest of any politician included at 56 percent. Only 37 percent of respondents view Sanders’ unfavorably.

The poll also asked registered Democrats if they support the party embracing progressive policies and moving further to the left. Fifty-two percent of total respondents were in favor, including 69 percent of millennials, 55 percent of women, 65 percent of Hispanics, and 55 percent of African-American Democratic Party voters.

Since Trump’s election, several polls have found that Sanders is the most popular politician in the country, including previous Harvard-Harris polls conducted earlier this year. Additionally, a July 2017 Morning Consult poll and a survey conducted by Fox News in March 2017 found similar results. A July 2017 poll conducted by Public Policy Polling found that Sanders would defeat Trump by 13 percentage points if a general presidential election was held at that time.

The latest poll conducted by Rasmussen Reporters found that Trump’s fight with Congresswoman Federica Wilson (D-FL) and a Gold Star widow bumped his disapproval ratings to 58 percent, the highest since August 2017. Polls have shown that Trump is the least popular president in modern history.

In their displeasure with Trump, voters have looked for progressive solutions to counter his administration’s policies. Sanders has championed Medicare For All as Republicans fight to repeal Obamacare and Trump strips government subsidies for the program. As outreach chair of the Democratic Party, Sanders is one of the most visible opponents to Trump and Republicans. He has been featured in CNN debates on health care and tax reform against Sen. Ted Cruz (R-TX) and has toured the country to campaign for progressive issues and a myriad of local and state Democratic candidates.

Last week a poll conducted by Zogby Analytics of potential 2020 Democratic presidential contenders found that Sanders would defeat former Vice President Joe Biden and Sens. Elizabeth Warren (D-MA) and Cory Booker (D-NJ). Pundits expect that Sanders will run for president in 2020, and his popularity and grassroots base of supporters will likely to propel him to front runner for the Democratic presidential nomination. 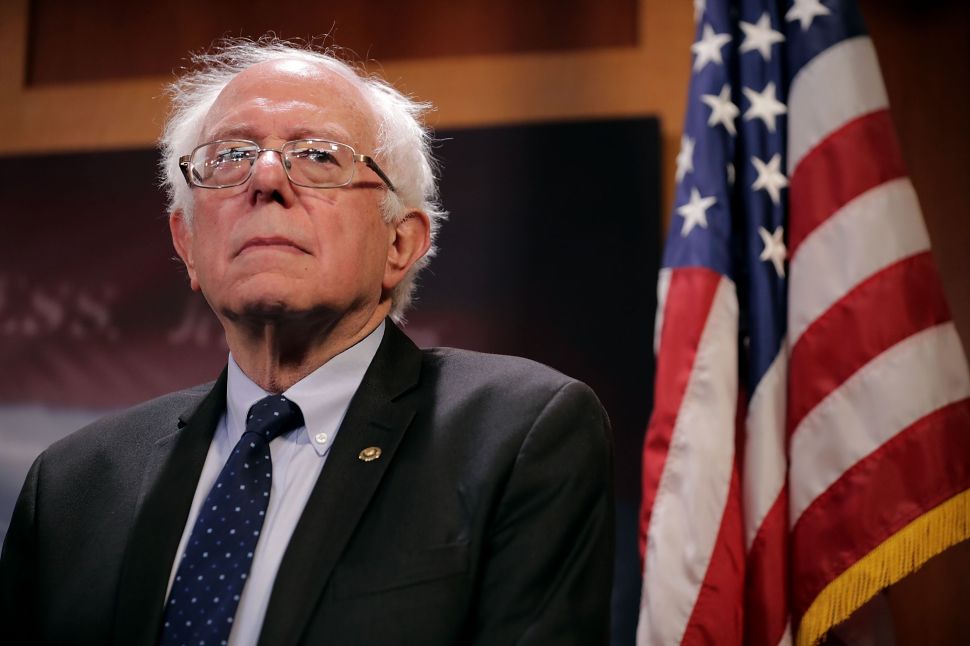