Five years after Superstorm Sandy slammed the Jersey Shore and destroyed thousands of homes, some victims are still struggling and aren’t happy with the state’s recovery efforts, according to a poll of the hardest hit residents.

A 55 percent majority of Sandy victims surveyed by Monmouth University are dissatisfied with New Jersey’s storm recovery and 54 percent say their families’ finances are still worse than before the storm. Fifty-six percent of the victims feel they have been forgotten in the recovery effort, according to the poll released Wednesday.

Attitudes about the state’s handling of the Sandy aftermath have improved since 2013, but are still largely negative. Less than half (44 percent) say the state’s recovery efforts are focused on helping people like them, but that is way up from the 24 percent who felt that way in 2013. The percentage of those dissatisfied with New Jersey’s recovery efforts has dropped from 67 percent in 2013 to 55 percent today.

The panel of 432 residents is not a scientific sample representative of all New Jersey Sandy victims. But the survey shows the challenges many victims still face, said Patrick Murray, director of the Monmouth University Polling Institute.

“It is clear that the slow rate of recovery is something many will never be able to get over,” Murray said. “We have certainly seen some improvement in these residents’ attitudes. But with nearly 1-in-10 of those surveyed still waiting to return home, it is unlikely that a majority of Sandy victims will ever be satisfied with how New Jersey has handled the recovery.”

At an event marking the storm’s five-year anniversary on Tuesday, Gov. Chris Christie said roughly 365,000 homes were damaged or destroyed in the 2012 storm and about 1,000 families are left waiting to get back into their homes.

“The recovery from Hurricane Sandy continues. I’d say we’re probably about 85 percent done now,” he said at the New Jersey National Guard Armory in West Orange, Essex County. He acknowledged that mistakes have been made, but said the state is now prepared for “whatever next time brings us.”

The governor’s office on Monday put out several news releases proclaiming “a stronger New Jersey” post Sandy. Of the roughly 7,600 homeowners participating in the state’s Reconstruction, Rehabilitation, Elevation and Mitigation Program to repair their homes, more than 5,500 have completed construction and another 700 have returned home while construction continues, according to the governor’s office. Moody’s Investors Service said the coastal counties of Atlantic, Ocean and Monmouth have largely recovered from Sandy and are better prepared for a major storm due in part to “robust rebuilding efforts.”

Of those who were approved for RREM assistance, 72 percent said they have completed construction of their homes, 11 percent are finishing construction and 17 percent are either still in the pre-construction stage or don’t know where they are in the RREM process, according to the Monmouth University poll.

“Even taking into account the statistical limitations of our panel sample, these findings still speak to a concerning backlog in the RREM rebuilding program five years after the storm came ashore,” Murray said. 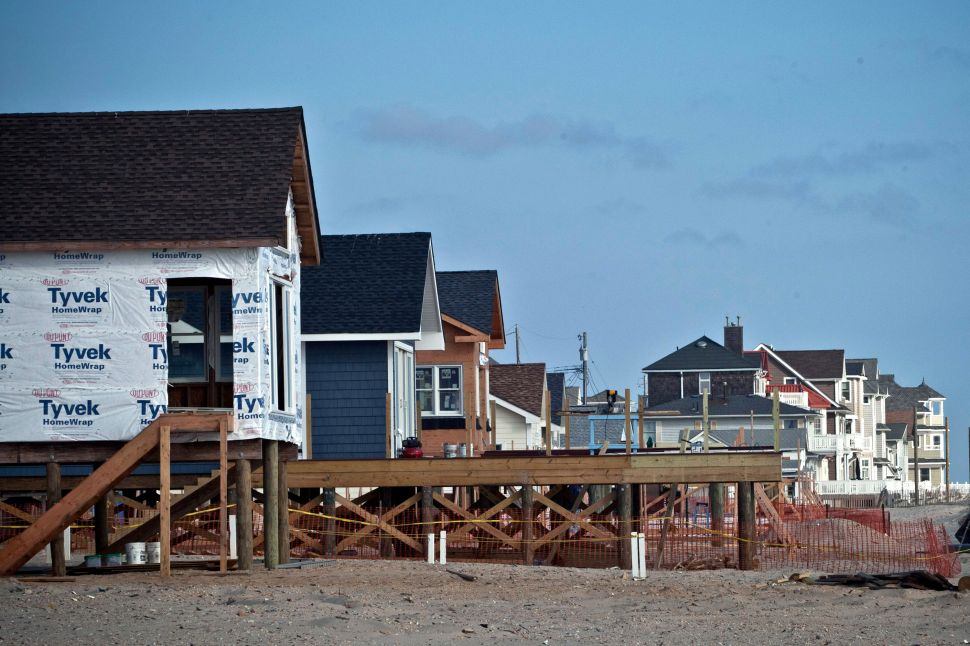