Amy Sedaris’s latest gig has been percolating for years. “When I was nine, I remember saying, ‘I’m going to do that show,’” said Sedaris at a recent press event. “I’ve been talking about this for so long and I didn’t want to be that person who just keeps talking, but never does it. It’s been like a slow cooking soup.”

There’s no irony lost here in Sedaris using a cooking reference to talk about the evolution of her new series, At Home with Amy Sedaris.

Sedaris is a TV staple, having appeared on The David Letterman Show 36 times, and guest starred in everything from Difficult People and Broad City to The Good Wife and Unbreakable Kimmy Schmidt. She headlined in her own series, the cult favorite Strangers With Candy, for three seasons.

Each week of Sedaris’s new 10-episode series features her cooking and creating, always with interesting results. And, of course, all the time she’s laboring over a stove or craft table, she’s also using her unique brand of humor to entertain the many guests who pop by, including Stephen Colbert, Paul Giamatti, Michael Shannon, Jane Krakowski, Justin Theroux, Nick Kroll, Christopher Meloni, Rachel Dratch, Cole Escola and many more.

Sedaris is no stranger to the entertaining game, having plied her craftiness for years on Letterman and produced two books about the topic—I Like You: Hospitality Under the Influence and Simple Times: Crafts for Poor People. But lest you interpret her craftiness as some kind of gimmick, Sedaris insists her obsession with homemaking (and the entertainment it produces) has been a long-time love. “Growing up [in North Carolina], we had this show At Home with Peggy Mann. She invited people into her home and she would just teach you domestic things. Sometimes she’d get a little political. She had this really great look and I wanted to be like that.”

Sedaris also drew inspiration from another unlikely source, “I loved watching The PTL Club with Tammy Faye Bakker. She had a cooking segment. She made some weird, cool things. I love bad ideas. I was like, ‘Oh my god! Look at that!’”

But she admits that there is a humorous element to her finished products. “I have the best craft ideas. Of course, the execution is really bad.”

Sedaris covers a plethora of themes on the series, including seemingly on-topic ones such as gift-giving during the holidays, to those less covered by your conventional home show: lovemaking, grieving and murder.

Switching into characters, she also gives advice as an international wine connoisseur, a hobo and a homemaker named Patty Hogg, who Sedaris describes as “every Southern woman crammed into one lady…a bulldozer who just kind of comes in and takes over because she knows everything.”

Sedaris, who says that many items featured on her TV show set come from her actual home, added that the series is, at its core, about “these many great characters, Southern hospitality and what you do for your neighbor. And, I think that that’s a big part of who I am. I’m actually not good at making anything, but I’m really good at spotting people who have talent, who can do things for me. That takes a skill, and I brag about that skill.”

As for what you should bring to Amy’s house if you ever happen to stop by? “Butter and stamps” make best hostess gifts, according to the comedienne. 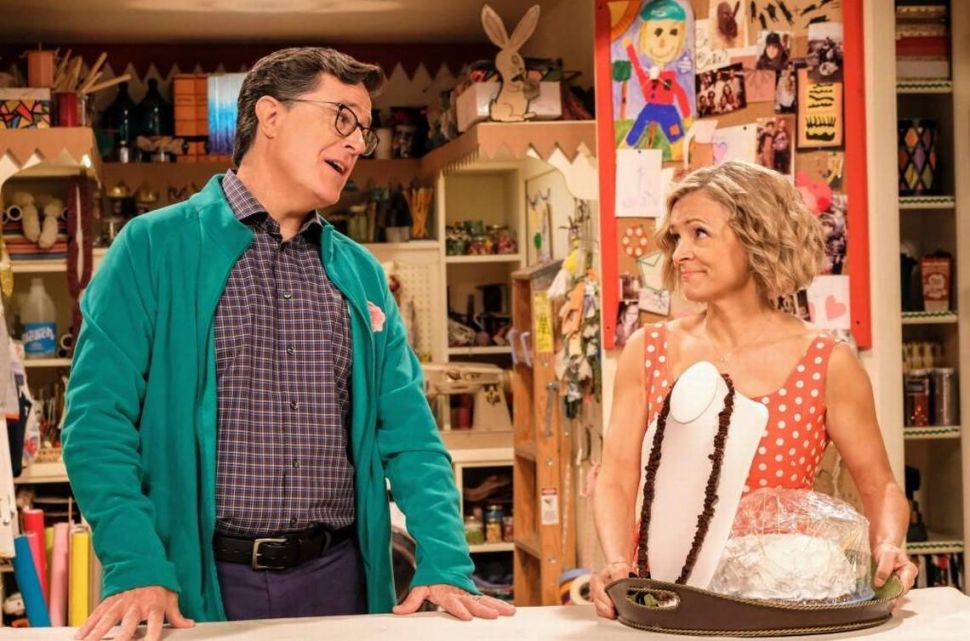