A powerful figure from the political establishment squares off against a plucky populist from the entertainment world who has never been a candidate for the office before. Wait… haven’t we seen this movie recently?

On October 22, yet another powerful country hosts a cliffhanger contest at the ballot box, as Japanese Prime Minister Shinzo Abe called a snap election, hoping to boost his electoral coalition at the expense of the foundering Democratic Party of Japan. But a populist wedged her way onto the national scene to steal the thunder—and possibly the election—from Abe’s politically dominant Liberal Democratic Party (LDP).

A Brazen Political Outsider With “Hopes” To Rally Japan’s Masses

The challenger to the LDP is the most unlikely of political upstarts. While the Berlin Wall was crumbling, Yuriko Koike was covering it for Japanese TV as a reporter. After a career in the media, Koike chose to try her hand at politics, joining the LDP, a post-World War II fixture in the Japanese Parliament, known as the Diet.

Wait… the LDP? That’s right: Koike, the greatest threat to the Liberal Democratic Party’s continued stranglehold on Japanese politics was once a member of that ruling party, and a member of the lower house from 1993 to 2016. She was even elected as Tokyo governor, an impressive position in Japanese politics. And if she is elected the new prime minister, it would be a first for a woman in Japan.

With the implosion of the Democratic Party of Japan (DPJ), a relatively ineffective party on the left, the 65-year-old Koike decided to form the “Party of Hope” in the last few weeks. Its political positions, key advisers, and even the role Koike might take with this new party after the election is fueling electoral uncertainty even more than North Korean nukes.

The Audacity of (the Party of) Hope

The rise of this new political force is result of Koike’s charisma and the dissolution of the DPJ. But what does the party stand for? Analysts have been scratching their heads trying to answer this question. Perhaps that’s a characteristic of a populist party: trying to be all things to all people.

Could it be a party of the left? Many of its members come from the now-defunct Democratic Party of Japan. The DPJ, while a little more moderate than predecessors like the Japanese Socialist Party and Japanese Communist Party, is still very much a pro-government and pro-labor party, in opposition to the pro-business LDP.

The Party of Hope itself insists that it’s a centrist party, perhaps to appeal to the widest base possible. Koike calls her plans a “middle of the fairway” style to differentiate her party from the DPJ of the past and the current right-of-center LDP.

However, critics claim that the Party of Hope is a right-wing party. According to CNBC, a Japanese analyst with the investment firm CLSA named Nicholas Smith seeks to connect Yuriko Koike to a filmmaker named Satoru Mizushima. He’s known for making the movie The Truth About Nanking, which seeks to dismiss the notion that the 1937 World War II atrocity “The Rape of Nanking,” perpetrated by Japanese soldiers during the brutal invasion of China, leading to hundreds of thousands of deaths, never happened. It’s akin to being a Holocaust-denying film.

Koike herself has never issued similar statements, but the association could be troubling for her political aspirations without a repudiation of such views.

Then there’s the issue of taxes. While Prime Minister Abe is on record as supporting a sales tax that he has twice proposed but refused to implement, Koike is billing herself as opposed to such consumer tax hikes, preferring to tax the cash reserves of major corporations, a very populist policy.

Seeking to capitalize on the disastrous nuclear meltdown at the Fukushima Daiichi power plant in the wake of the devastating earthquake and tsunami in 2011, Koike and her party have been on record opposing nuclear power, a position Prime Minister Abe strongly disagrees with.

Hoping to benefit from his experience at the polls, Abe has made North Korea’s nuclear capability and missile threats a key electoral issue, backing the American hardline policy, as well as tackling concerns about the demographic dilemma the country faces, as elderly Japanese outnumber the younger generation by an ever-widening margin.

“It is the policies, rather than a boom or slogans, that can open the future,” Abe announced, in criticism of his populist opponent, according to ABC News.

Abe’s relying on political experience and a well-run economy to carry him through Japan’s tumultuous election. Business confidence is at its strongest mark in the past decade.

And while Abe has only been prime minister for five years (2006-2007, and 2012 to the present), that’s akin to an eternity in Japanese politics. If he maintains an LDP win and is chosen as the party leader for a third term, he would be the longest serving Japanese prime minister in the country’s postwar history. Further, the generally older Japanese voter may be unwilling to bet on an inexperienced party that only just recently emerged.

How Japan’s Election Could Be the Biggest Thing Since Godzilla

At one point, it looked like Koike’s “Party of Hope” might pull off an election stunner, eclipsing Abe’s party in the polls almost as soon as it was formed. Subsequent surveys have her party closer to Abe’s LDP, stumbling after initial successes.

But the Party of Hope has a problem. Koike has taken herself out of the running for party leadership, currently unwilling to give up her Tokyo governor position for an uncertain parliamentary future. In fact, the party only has 192 candidates for seats, which would give it 40 percent of the lower house of the Diet if all goes perfectly according to plan.

But there are other ways for an upstart party to win. Like other new populist parties seeking to make an impact in 2017, it’s not about finishing first. It’s about establishing the new party and getting enough seats to hang in for the long haul. We’ve seen it in France’s Le Pen with the National Front and in Germany with the AfD. Even the new Progressive faction of the Labour Party led by Jeremy Corbyn could qualify, having unseated the party’s declining centrist faction.

If Koike and her Party of Hope win enough seats and a high enough percentage of voters in the proportional representation, they could deny the Liberal Democratic Party the supermajority Abe hopes to maintain, which would be a victory.

And if LDP members see Koike as the political future, and Abe as the past, they just might jump ship for the Party of Hope. It’s not an unrealistic scenario, as rebel LDP members broke ranks in 1993 to cost the ruling party their longtime domination of the Japanese legislative Diet (Koike has linked herself with Ichiro Ozawa, one of the architects of that political upset). And Koike herself abandoned the LDP for this new direction. Such defections might produce a new party in the majority, which would be a political earthquake in Japan. 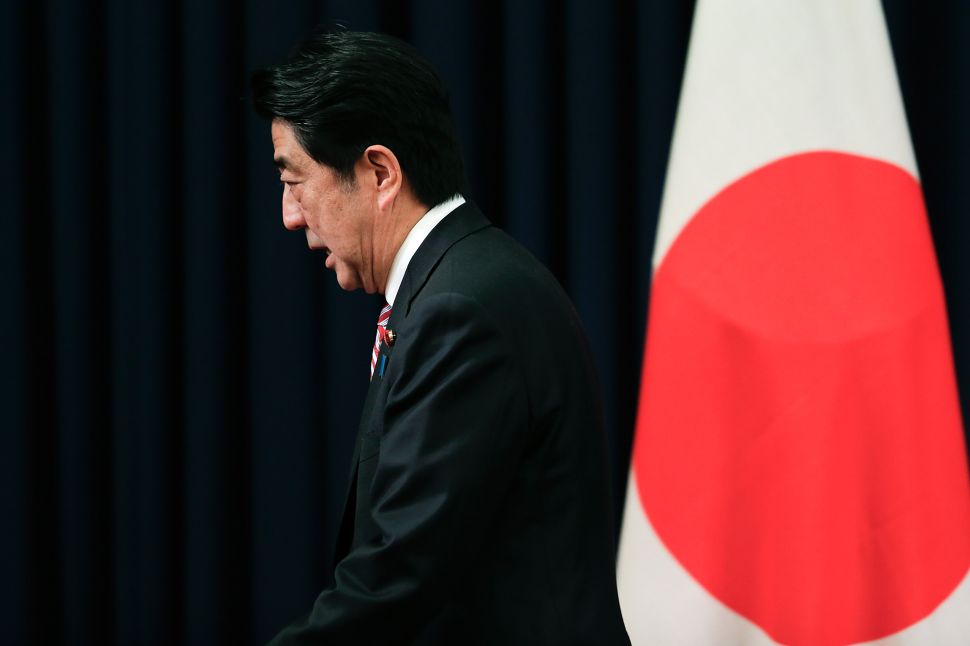