America’s intelligence agencies are having terrible problems keeping secrets these days, none more than my former employer, NSA, or, as I’ve termed it, the National INsecurity Agency. Since the recent rash of leaks and thefts of classified information has real implications for our national security, this issue needs public attention. If you can’t keep secrets, there’s hardly any point to having spy services—much less spending some $50 billion annually on a behemoth Intelligence Community that leaks like a sieve.

Take the recent case of the improbably named Reality Winner, the NSA contractor who was arrested in June for stealing an above-top-secret report and passing it to The Intercept, which published its revelations. A former Air Force linguist assigned to NSA Georgia, located in Augusta, the 25-year-old Winner took it upon herself to sneak highly classified intelligence out of her office—hidden in her pantyhose—because she felt the public had a right to know its contents.

According to Winner, she stole a Top Secret Codeword signals intelligence assessment on Russian hacking of our 2016 election because she felt it needed to be known: “Why can’t this be public?” she asked. Of course, she knew the answer: because it’s highly classified and therefore should be seen only by properly cleared people with a need to know, in the jargon of the espionage business.

However, Winner, who was miffed at her co-workers for watching Fox News in the office, decided that the damage to NSA caused by her leak would be limited: “I just figured that whatever we were using had already been compromised, and that this report was just going to be like a one drop in the bucket,” she stated, adding that she never bothered to check if these SIGINT sources and methods had already been compromised. Winner has been denied bail and is awaiting trial for violations of the Espionage Act.

We’ve seen this personalized take on the nation’s secrecy laws before, namely with Edward Snowden, another NSA contractor who, in the spring of 2013, just short of his 30th birthday, made off with 1.5 million classified documents and defected to Moscow, where he remains. Snowden, too, felt that laws on protecting America’s secrets didn’t apply to him, so he broke more of them than anyone in the nation’s history.

As this column has explained, Snowden is a fraud, a mere IT sysadmin, no super-spy as he’s portrayed himself, and he didn’t even understand what he was leaking. His protest that the rights of Americans to know NSA’s secrets outweighed his oath to protect those secrets was farcical, yet was accepted by a credulous press and too much of the public. Snowden’s Twitter bio pronounces, “I used to work for the government. Now I work for the public,” even though the only public he serves now is Russia’s, since he lives in a safehouse provided by Putin’s intelligence services, which have admitted that Snowden is their agent.

A similar self-serving excuse was at work in the case of Chelsea Manning, who back in 2010, when she was Bradley, a 22-year-old Army private, stole three-quarters of a million classified documents belonging to various agencies of our government and passed them to WikiLeaks, which posted them online. Manning professed that stealing and divulging our nation’s classified information is acceptable if feels right to you: “I believed I was going to help people.”

What ties Winner, Snowden and Manning together is their belief that laws on protecting classified information didn’t apply to them. Some sort of imaginary public “need to know” what they learned through their jobs motivated them to leak secrets—with themselves as the sole arbiters of what the public should find out.

Needless to add, spy services everywhere take a dim view of such self-appointed moralists, who put their work and the lives of their co-workers at risk with their crimes. This isn’t idle talk. American spies have died protecting secrets—NSA’s Memorial Wall lists many of them—so trusted people who expose secrets just because they feel like it are reserved a special place in espionage hell.

There’s plenty of blame to go around in the Winner, Snowden, and Manning cases, above all on a failed counterintelligence system that granted high-level security clearances to people who were clearly psychologically unfit to hold them. Yet that does not absolve the criminals here, and it’s impossible to miss that they’re all Millennials too.

The Intelligence Community—like all America’s employers—has noticed that Millennials are, well, different from their predecessors. A whole industry has sprung up explaining these generational differences to employers, and it’s increasingly clear that our national security is impacted too. There are Millennials who possess a radically different take on secrecy laws than previous Americans, including a belief that self-derived morality trumps federal law.

This is new. While traitors have always been with us—George Washington warned of them passionately—intelligence personnel deciding for themselves to steal and expose secrets, including details of espionage sources and methods, in some sort of quest to inform the public represents an innovation, and for our Intelligence Community, a disastrous one.

A flavor of this generational change comes in a new piece in The Daily Beast lambasting security at NSA. Stealing secrets from the agency is “child’s play,” it claims, asserting that anybody who wants to ferret secrets out of the building can do so with ease. As someone who’s been sharply critical of NSA’s security practices, let me say that this is true—and always has been.

Like all IC agencies, NSA seldom checks employees leaving the building to search for purloined information. It’s assumed that employees, all of whom have been extensively vetted and have taken lifetime secrecy oaths under penalty of prosecution for violations, are trustworthy. In the last couple of decades, a few people have snuck classified information out of NSA to pass to foreign intelligence services; in a case I worked for agency counterintelligence, a traitor snuck top secret reports out of the building by hiding them under his trousers. Agency security doesn’t routinely strip-search employees—doing so would wreck workforce morale—and they’re not likely to catch something stuffed in your pantyhose.

What’s changed, then, is the presence of IC employees who really might steal secrets from the office with malicious intent. This problem is hardly unique to the spy business. In police departments nationwide, stealing confiscated drugs and weapons from the evidence room isn’t particularly difficult if you’re willing to take the risk. Cops assume that fellow cops aren’t criminals, however, and they’re usually right.

The Millennial generation, or at least a portion of it, includes Americans who seemingly reject centuries of understanding about why state secrets must be kept. Blame ought not be placed entirely on such Millennials, who after all were raised to reject many of our nation’s core values. Over 70 years ago, C.S. Lewis published a book in which he warned of the rise of “men without chests,” meaning those lacking traditional values: “We make men without chests and expect of them virtue and enterprise. We laugh at honor and are shocked to find traitors in our midst.”

A century ago in Berlin and Vienna, spymasters boasted that Nachrichtendienst ist Herrendienst (Espionage is gentlemen’s work). We’re awfully far from that ideal these days, and people don’t have to be old-school gentlemen to work in the intelligence business. They must, however, be willing to keep secrets. If our society cannot generate such trustworthy men and women anymore, we ought to get out of the spy business altogether.

The Trouble With the Steele Dossier 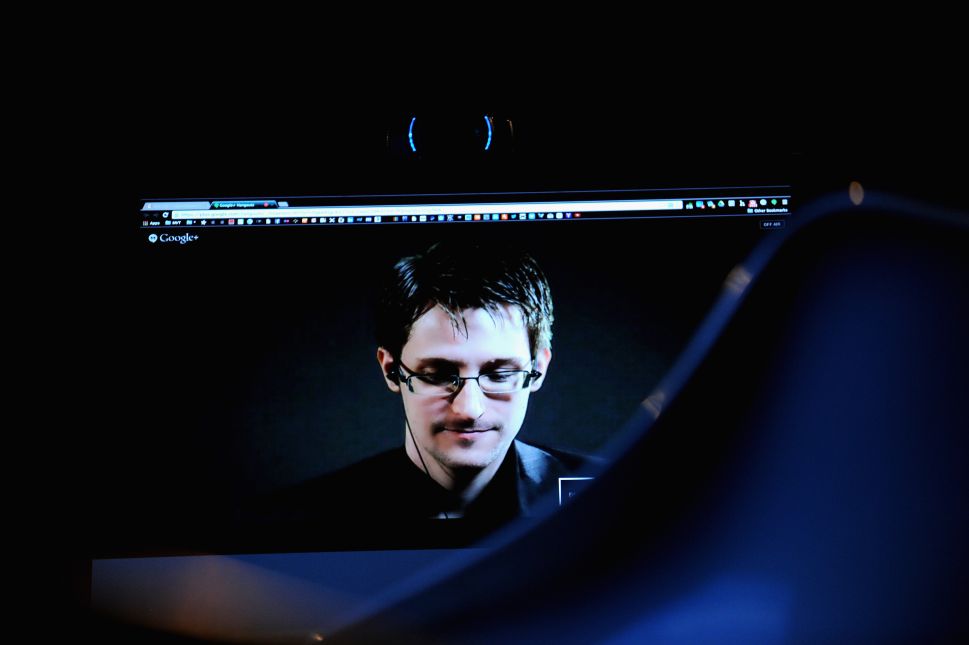