Internet comments would be the last place most of us would point to for a proof-of-brain, but here we are.

This is not unprecedented. Ethereum is the second largest blockchain, and it created a new protocol called ERC20 that lets users create new currencies that run on the Ethereum blockchain (such as the Useless Ethereum Token).

Steem is a token that has been built from the ground up to interact with media, so its creators argue its network is really better suited for media organizations that Ethereum. “We are going to see native tokens across thousands of mainstream websites where content is curated by the crowd, and publications and content hosts can establish dedicated revenue streams to allow richer and smarter content targeted directly to a user base,” Steemit CEO Ned Scott said in a release.

The white paper lays out several different use cases for the SMT protocol. On the simplest level, a site like this one could create (say) the Observer Coin. Users of the site would get rewarded for upvoting their favorite posts on our site, writing comments and upvoting comments that they found insightful. The SMT whitepaper calls this “proof-of-brain.”

“Proof-of-Brain positions SMTs as a tool for building perpetually growing communities, which encourage their members to add value to the community through the built in rewards structure,” the whitepaper says.

The idea would be that by rewarding users for contributing it would help stimulate engagement with the site and also effectively control the comments by giving the community motivation to curate the good stuff to the top.

The protocol could also be used by an entrepreneur that wanted to make some sort of commenting widget that media sites could install, forum owners and social media sites. In this latter area, it gets into some pretty weird stuff. For example, a site like Reddit could create separate tokens for different sub-communities. So posting on /r/trees would earn weed specific Reddit tokens and posting on /r/AMA would earn celebrity specific tokens. Or something like that.

Additionally, Steem makes it easier to fire one of these media oriented tokens up, with built in features created with publishers in mind. “Throughout the history of software and hardware development, it has been observed that specialized systems have the potential to greatly outperform generalized systems,” the whitepaper argues. It also suggests it offers an additional benefit. Steemit has already built an audience for Steem, so media organizations may be able to borrow some of that audience by using the protocol that runs it.

Anything for traffic, right?

Steem has worked well for Steemit. We’ll leave it to readers to judge the quality of the content on the site, but its viewership is strong. Alexa ranks it in the low 2000s of global websites. That’s well above another well known forum, 8chan, that’s been around far longer. Can that same success be spread around to lots of other sites though?

There are a lot of ways that SMTs could play out, but let’s just take the simplest case. Let’s say the Observer did launch a token (entirely hypothetically), what would drive its value beyond pure speculation? We don’t ask anyone who reads us to pay for anything, at least not in money.

One good way to think about fiat currency is this: its value is roughly a measure of demand for the products that country offers. If all the car manufacturers in Europe and Asia sank into holes in the earth, the dollar would spike in value as everyone started trying to buy American cars. A speculator in Japan might buy dollars in yen and sell them for euro, but the price of the dollars in the middle still fundamentally reflects demand for participation in the U.S. economy?

On a website where the content is all free, what would drive demand in the economy of an Observer Coin?

In his press release, Scott also said “print is dying,” but it’s print publications that might be able to make the strongest case for a cryptocurrency. Imagine if The New York Times or Conde Nast created tokens that they used to reward commenters and curators on their site. Imagine further that they said they would sell a certain number of digital and paper subscriptions each year, payable in their bespoke cryptocurrencies. The companies would win because they would drive engagement, views and effectively recruit community management work out of its readership. Some of those readers would win with subscriptions that would feel free. Advertisers would win because it would be a safe bet that the super-users of these websites actually read the company’s content (and saw its ads).

So that’s all good. But if this reporter went and threw up a blog at Bradypoplexia.com and created a coin for it, would anyone have a reason to seek that coin?

Steem isn’t the only company we’ve followed that wants to use crypto to cure what’s ailing media. Brave sold its Basic Attention Token in the late spring. The BAT should be able to power ad networks that aren’t creepy. There’s nothing mutually exclusive about these two approaches, but neither of them seems to be enough.

Advertising isn’t enough to support the news business. News needs another revenue stream. The Steem answer seems to be: invent internet money out of thin air and earn money as its value grows. It’s hard to see where this value comes from for anything but the very biggest sites. That said, if it actually did work to stabilize the fortunes of the biggest names in media, that wouldn’t be a bad start.

It would just be that, though, a start. Until someone presents a way to convince readers to pay money for news we haven’t cracked a real solution. 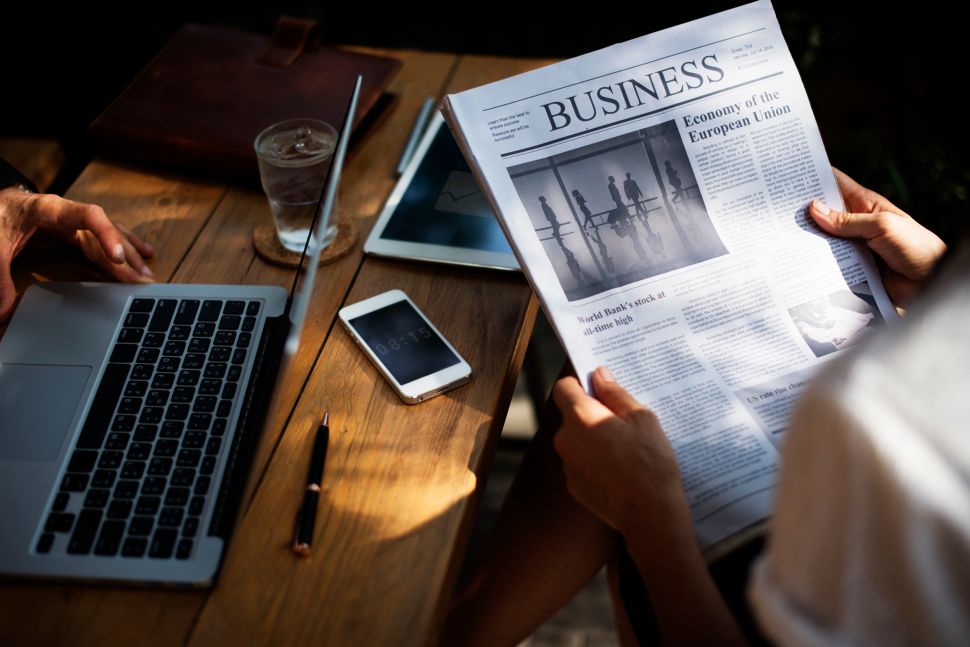