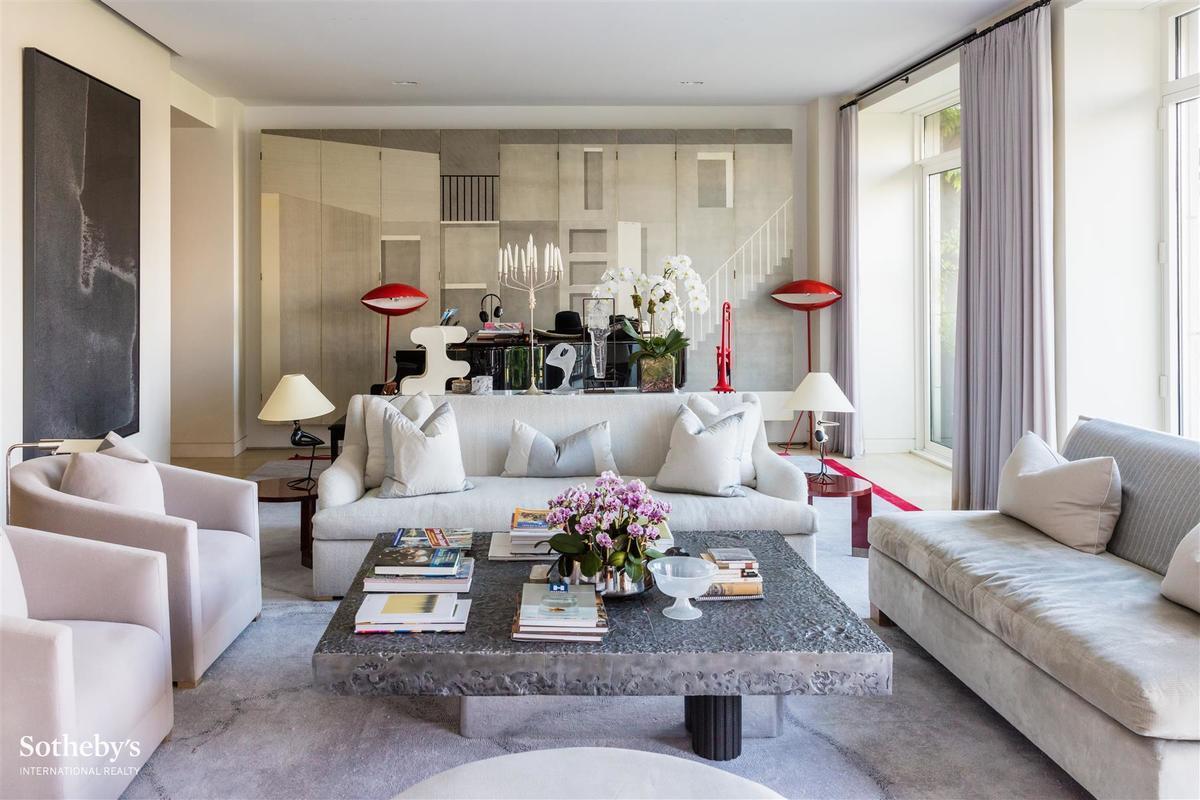 Sting and Trudie Styler already found a buyer for their palatial penthouse, and it's easy to see why. Scroll through to see inside the glamorous abode.
Sotheby's International Realty 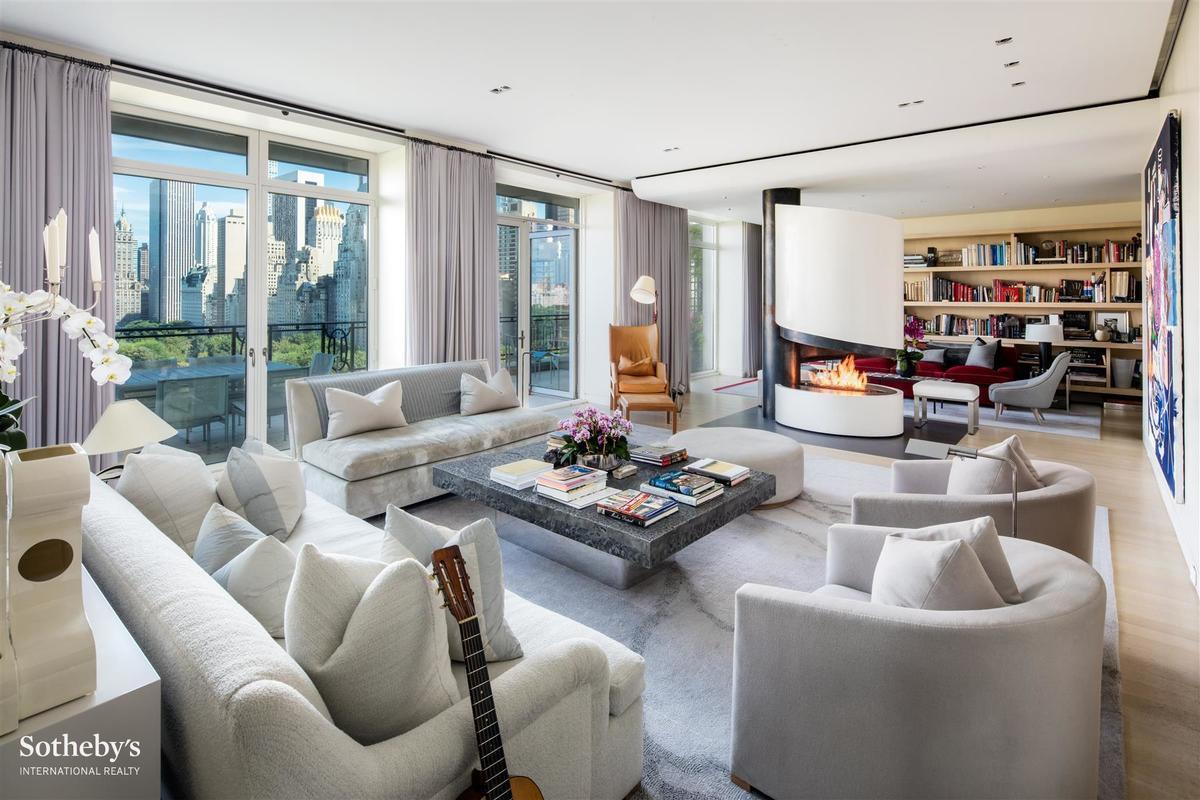 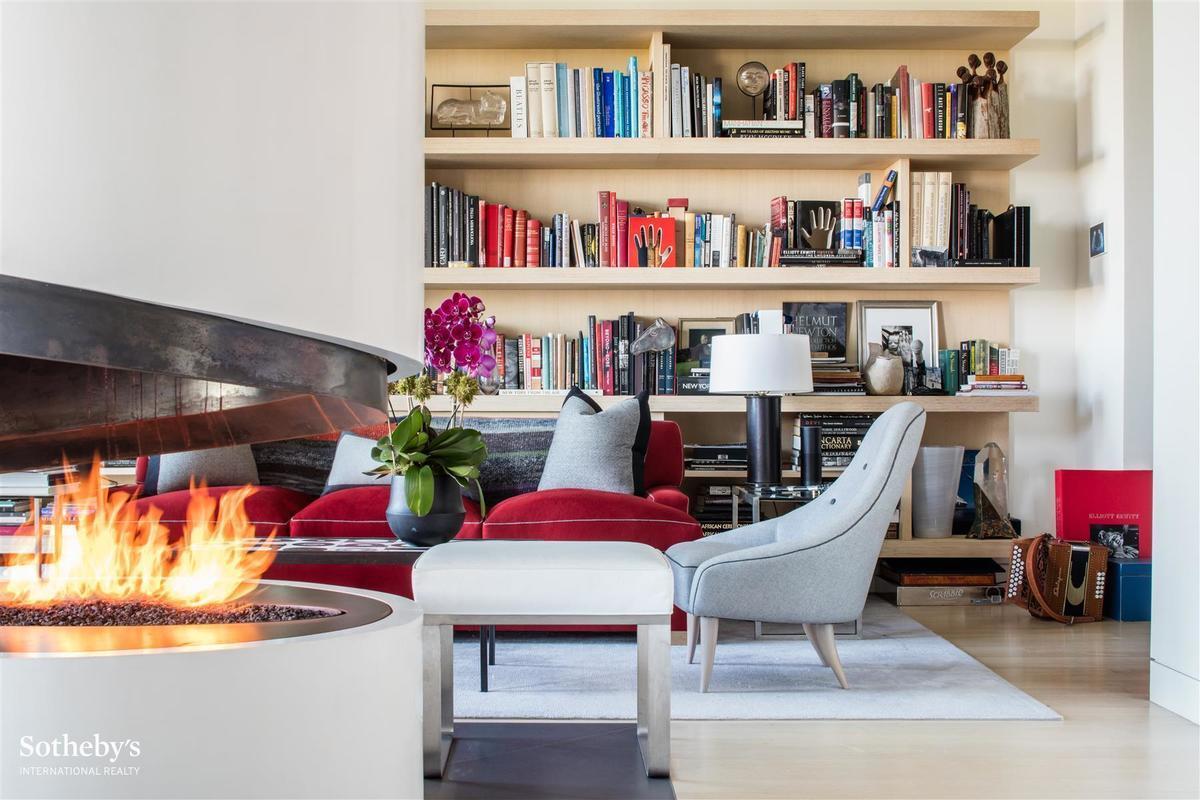 They originally listed the condo for $56 million.
Sotheby's International Realty 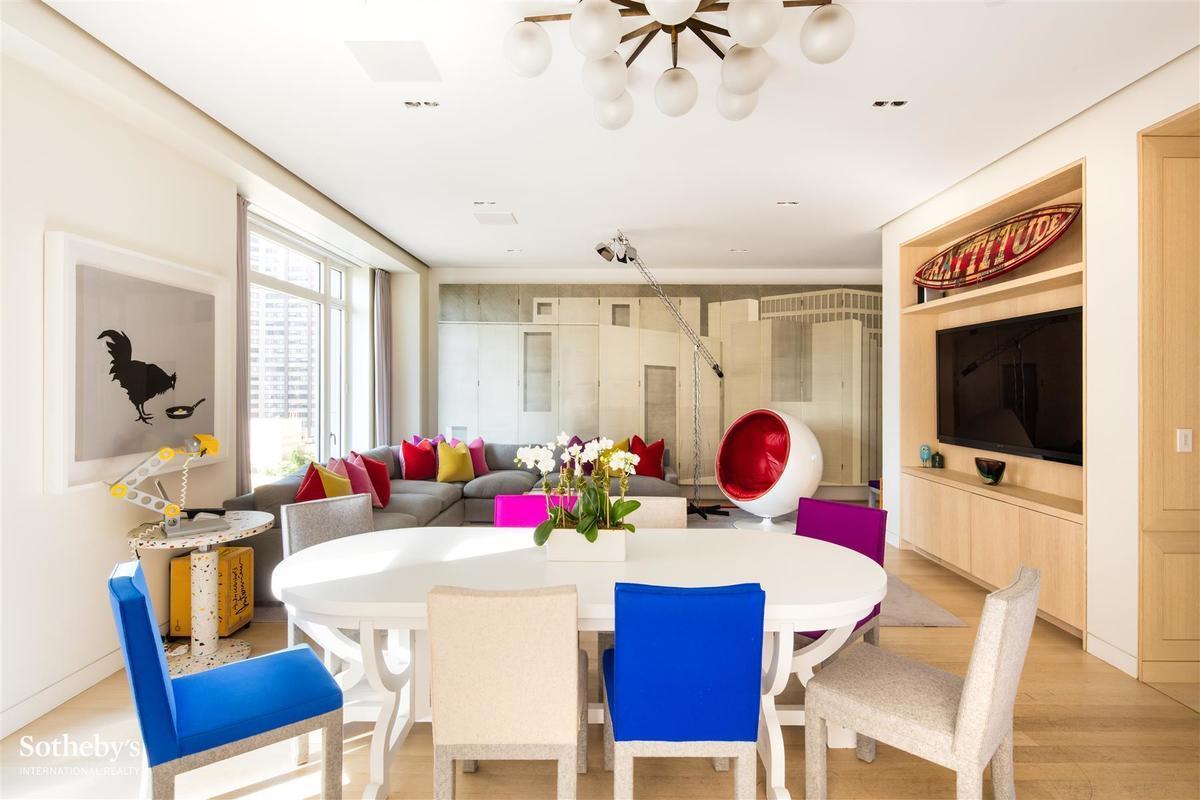 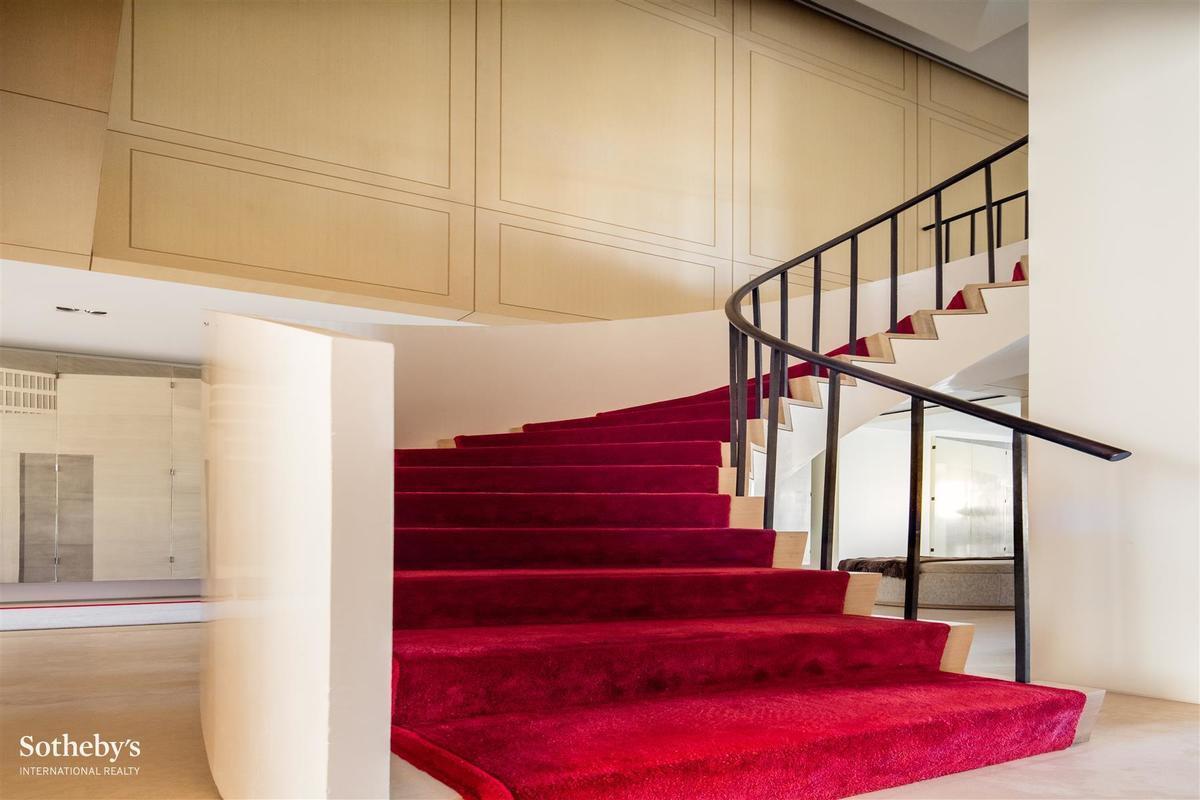 The duplex is connected via a sculptural staircase.
Sotheby's International Realty 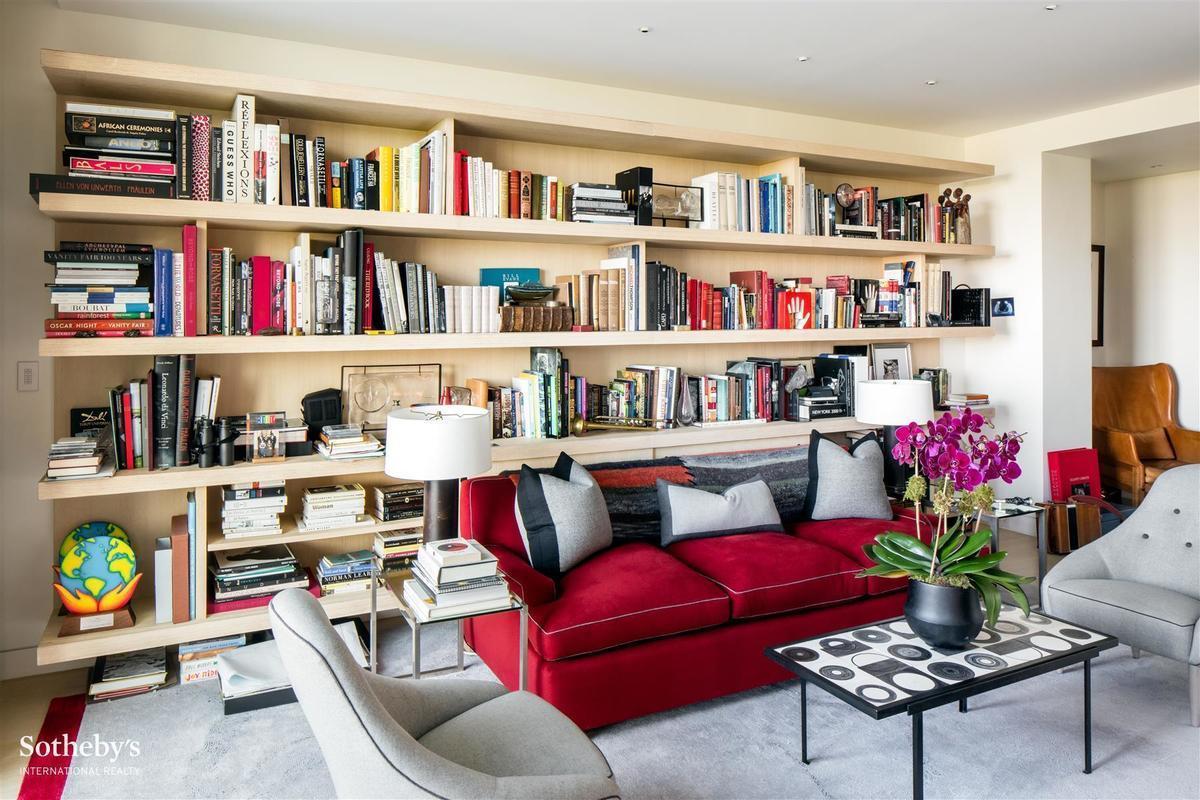 One wall of the living room is covered in built-in bookshelves.
Sotheby's International Realty 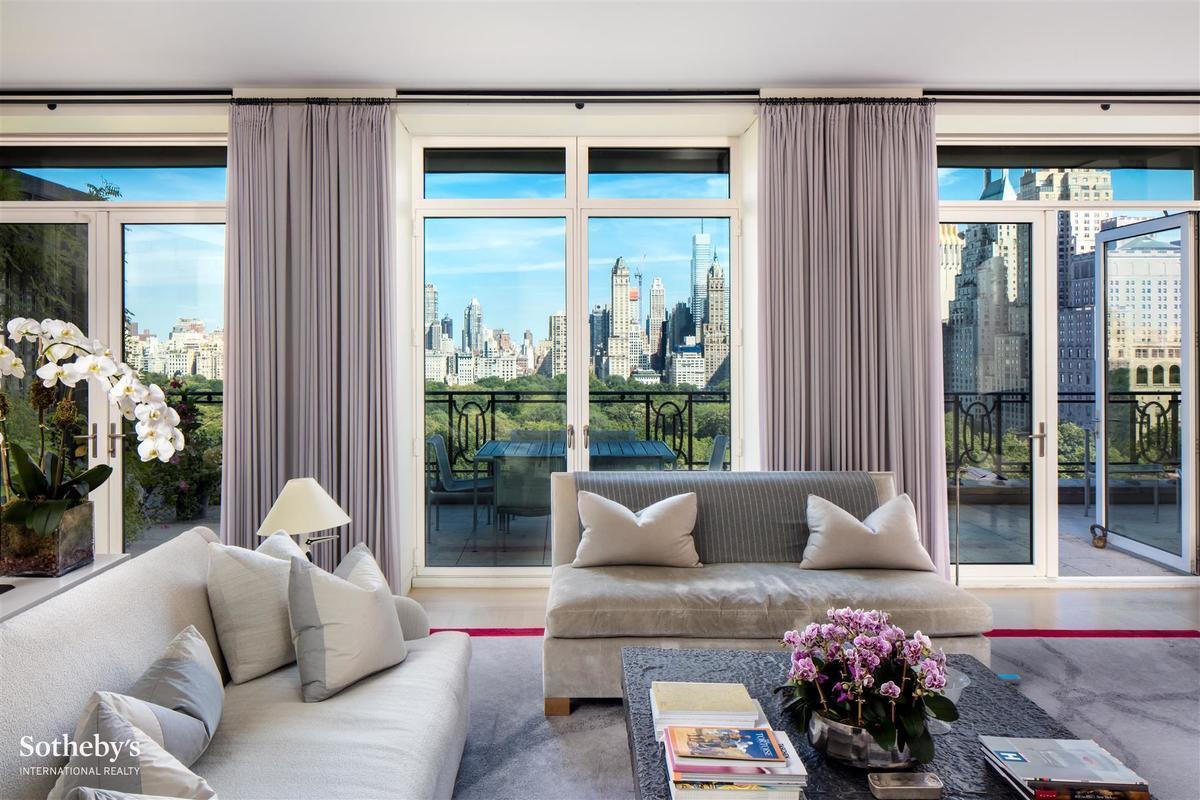 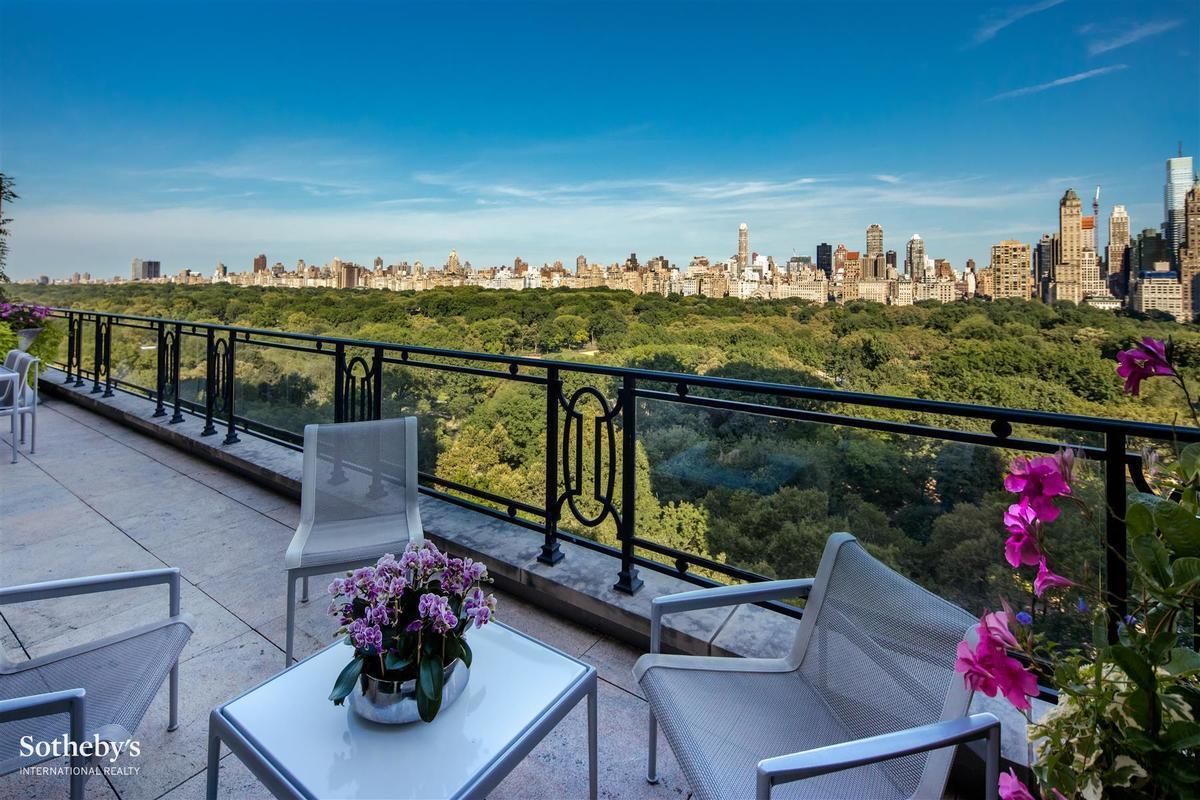 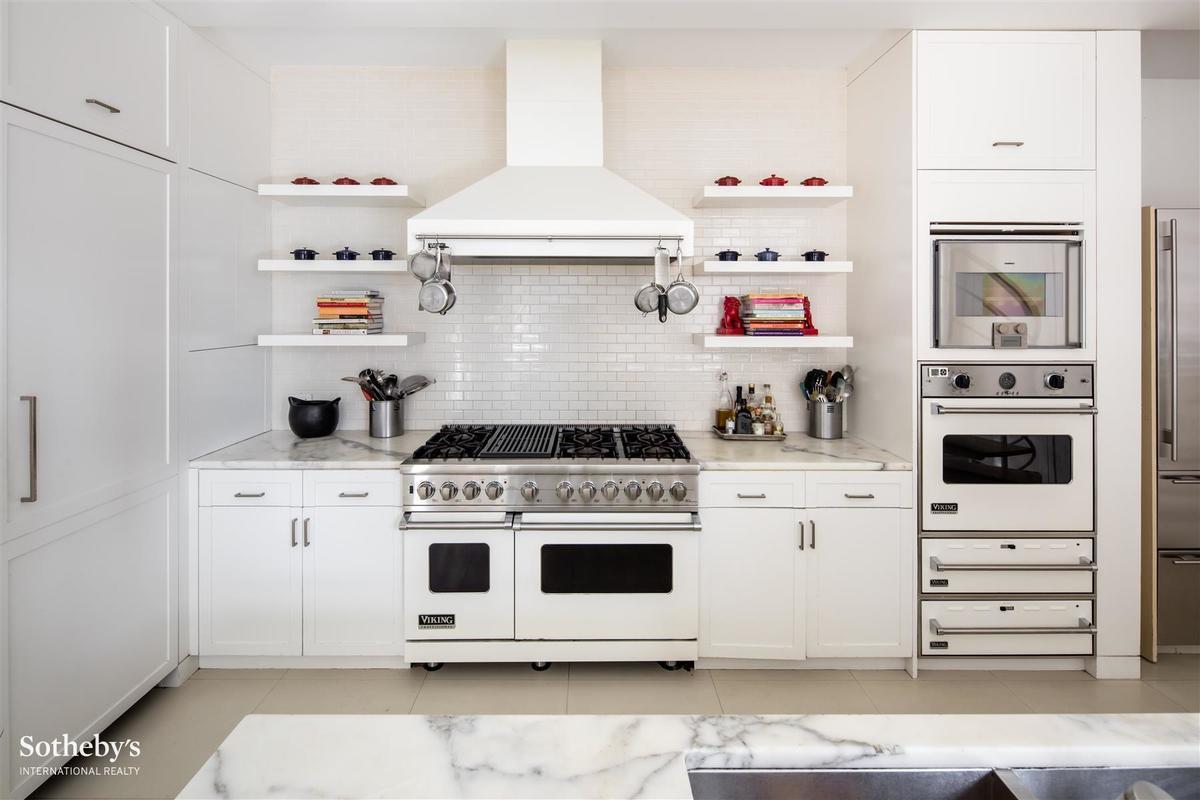 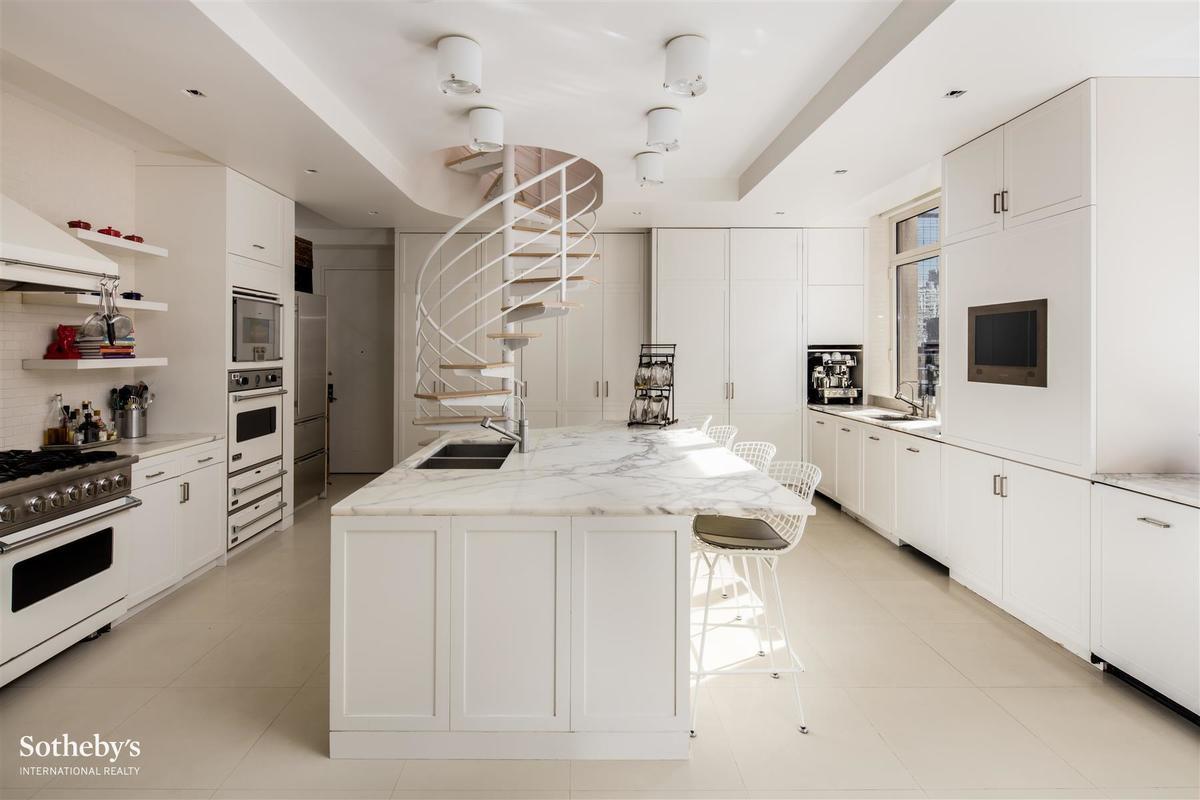 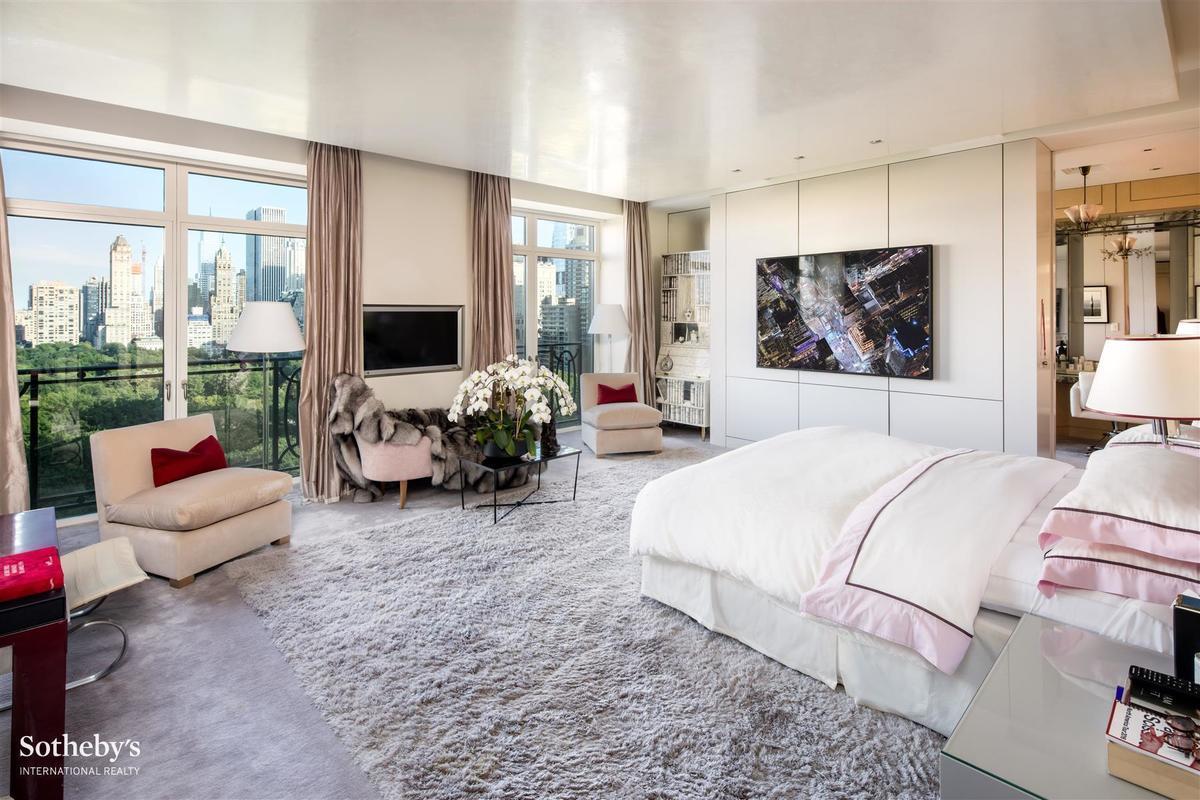 The master suite is situated on the second floor.
Sotheby's International Realty 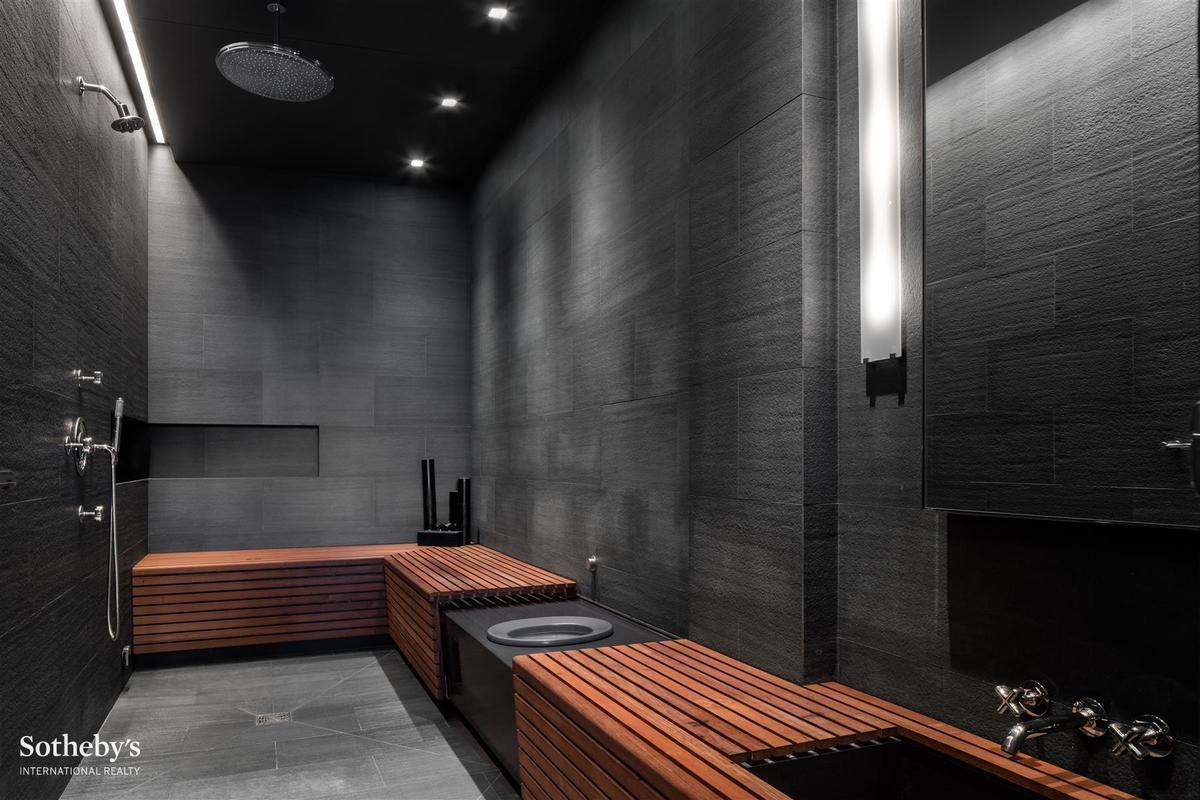 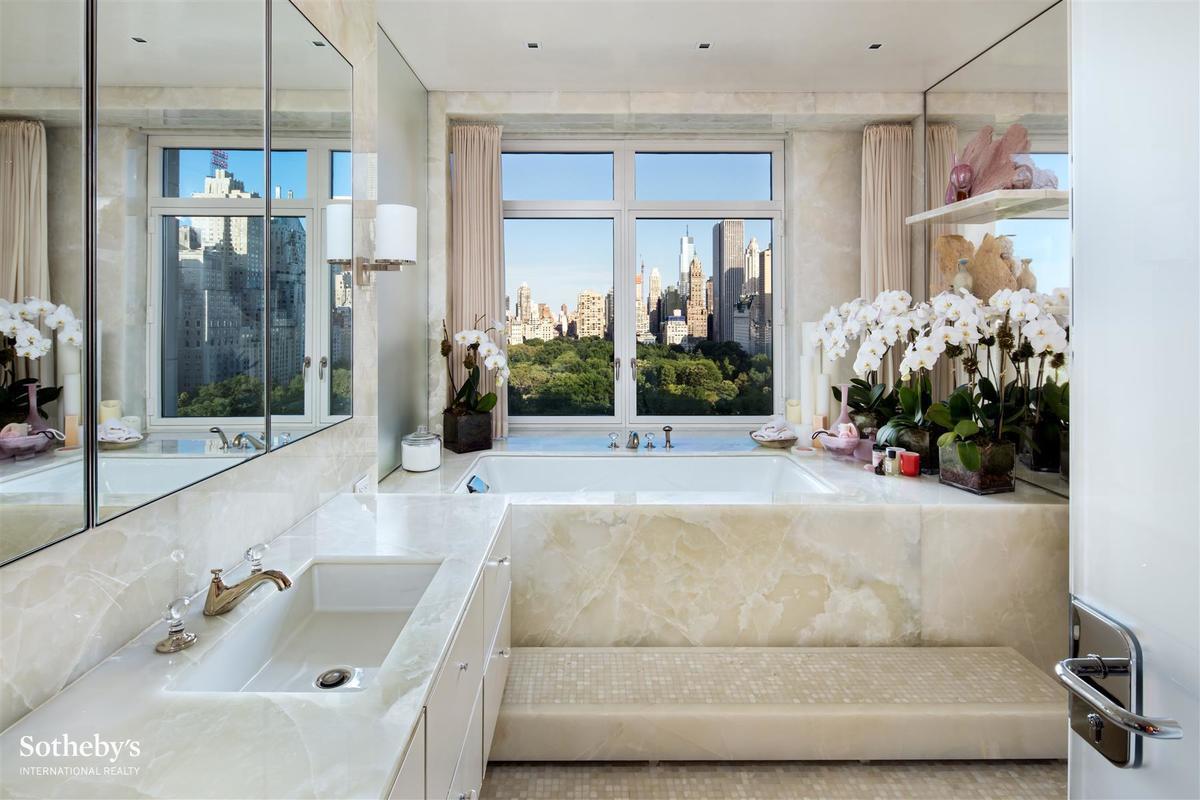 It would appear Sting and Trudie are quite fond of orchids.
Sotheby's International Realty
Advertisement 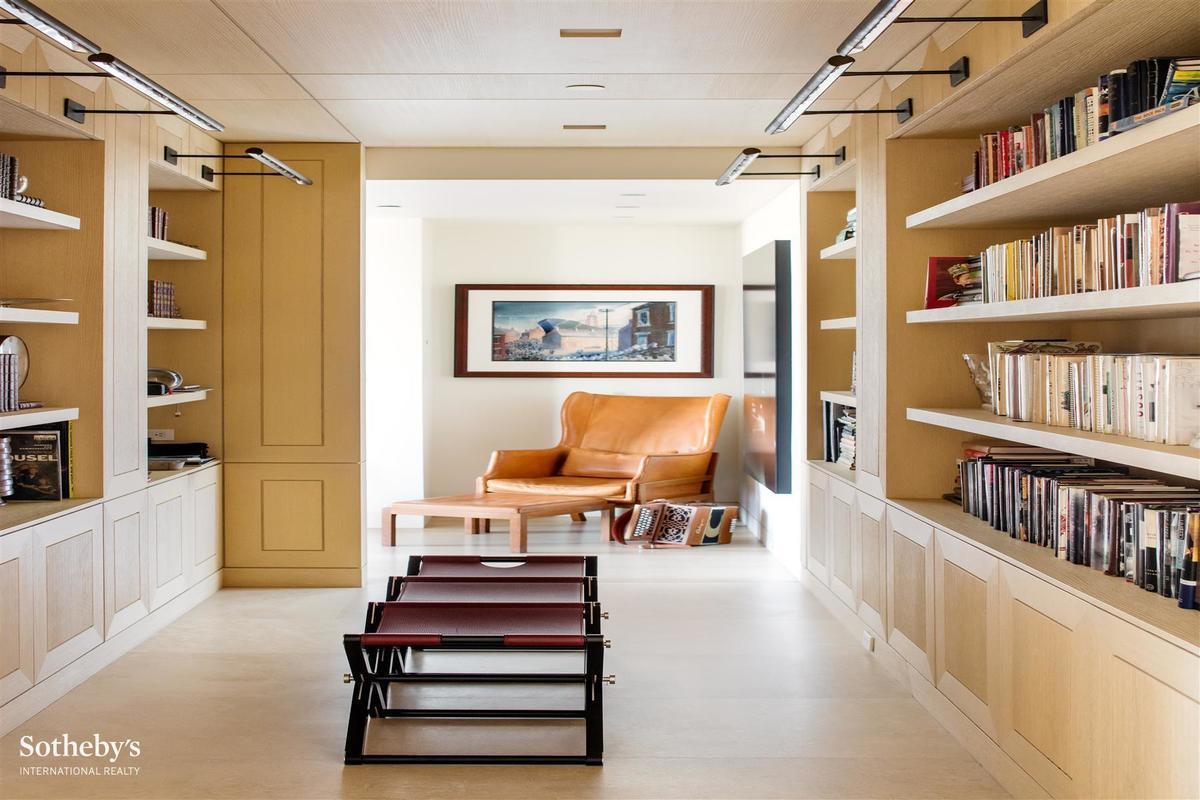 The library is separated from the entertaining and living area.
Sotheby's International Realty 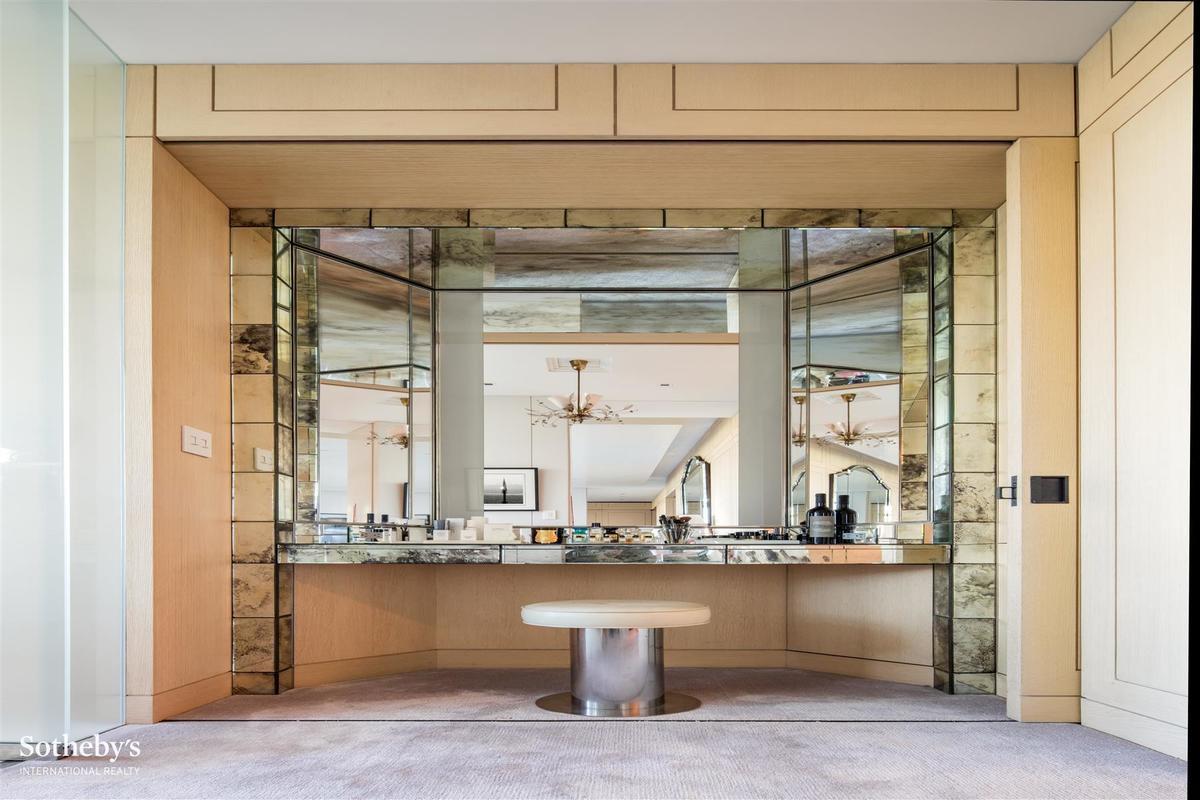 One of the two upstairs dressing rooms.
Sotheby's International Realty 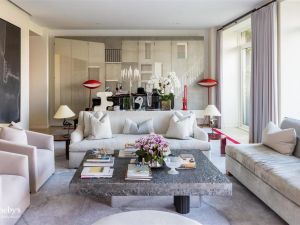 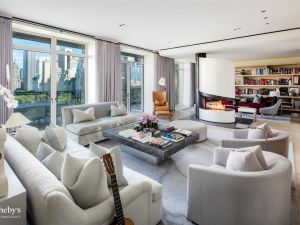 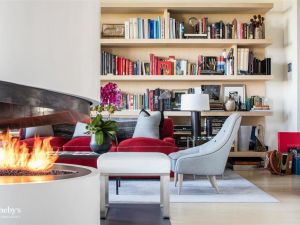 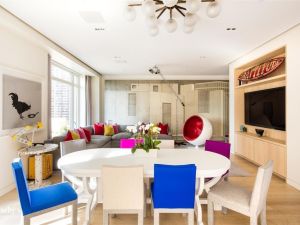 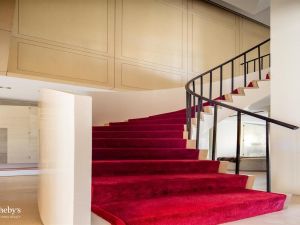 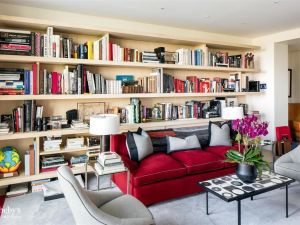 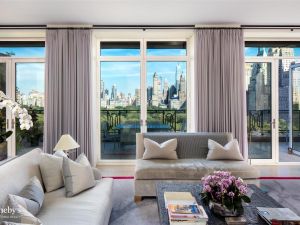 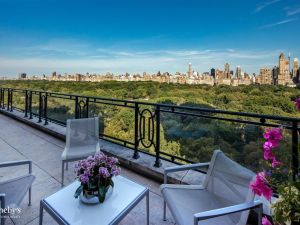 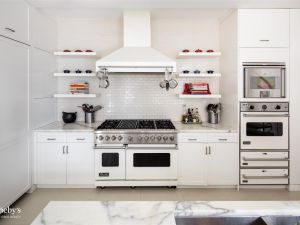 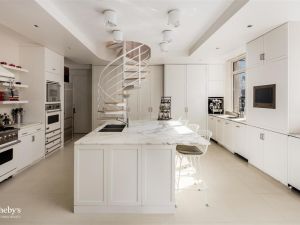 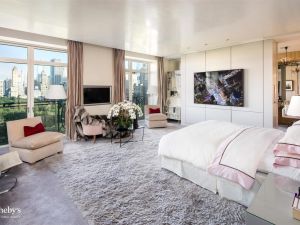 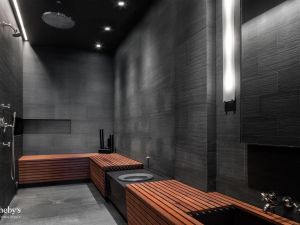 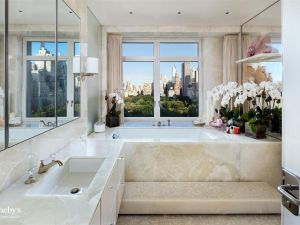 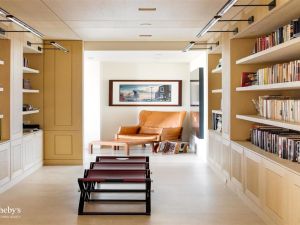 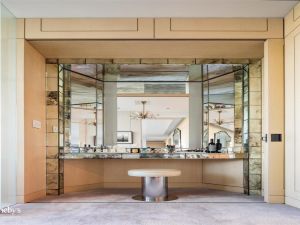 Sting and Trudie Styler have reportedly inked a deal to sell their penthouse in the Upper West Side condo, which they put on the market in May 2017 for $56 million. They didn’t manage to get the full ask, but per Page Six, they’re parting ways with the palatial aerie for a still impressive $50 million.

The duplex occupies the 16th and 17th floors of the building; the couple purchased it for $26.98 million in 2008. It’s currently configured as a three-bedroom, with an additional home office, according to the listing now held by Corcoran broker Deborah Kern.

The 5,417-square-foot abode, with 10-foot ceilings throughout, features a “dramatic” foyer, and there’s an exclusive multi-panel wooden screen by Peiro Fornasetti, plus a winding, sculptural staircase, carpeted in red velvet, that leads to the second floor.

The living room has floor-to-ceiling glass windows, from which one can take in the 44 feet of Central Park frontage, plus a modern, open fireplace that divides the lilac-accented living space from a sitting area. There’s also a private 396-square-foot terrace.

As lovely as 15 Central Park West is, there’s sometimes a lack of personality and originality in the fancy units. That’s entirely not the case here and it’s easy to see why the apartment flew off the market, despite its steep price tag.

There’s a formal dining room, and the library is fitted with built-in bookshelves, while the white marble and tile chef’s kitchen has its own spiral staircase. The master suite is located on the upper level, and has two glitzy dressing rooms, as well as double spa baths and an actual sauna.

Sting and Trudie aren’t heading too far, though—they’re reportedly planning on buying an apartment in yet another Robert A.M. Stern-designed building, 220 Central Park South, which has an expected occupancy of 2018.

The couple apparently didn’t love how “stuffy” the exclusive building is, though that doesn’t seem to have stopped many others from flocking to its limestone walls—past residents include Robert de Niro, Kelsey Grammer, Sandy Weill and Alex Rodriguez. Most recently, Ben Affleck was seen checking out a unit at 15 Central Park West.