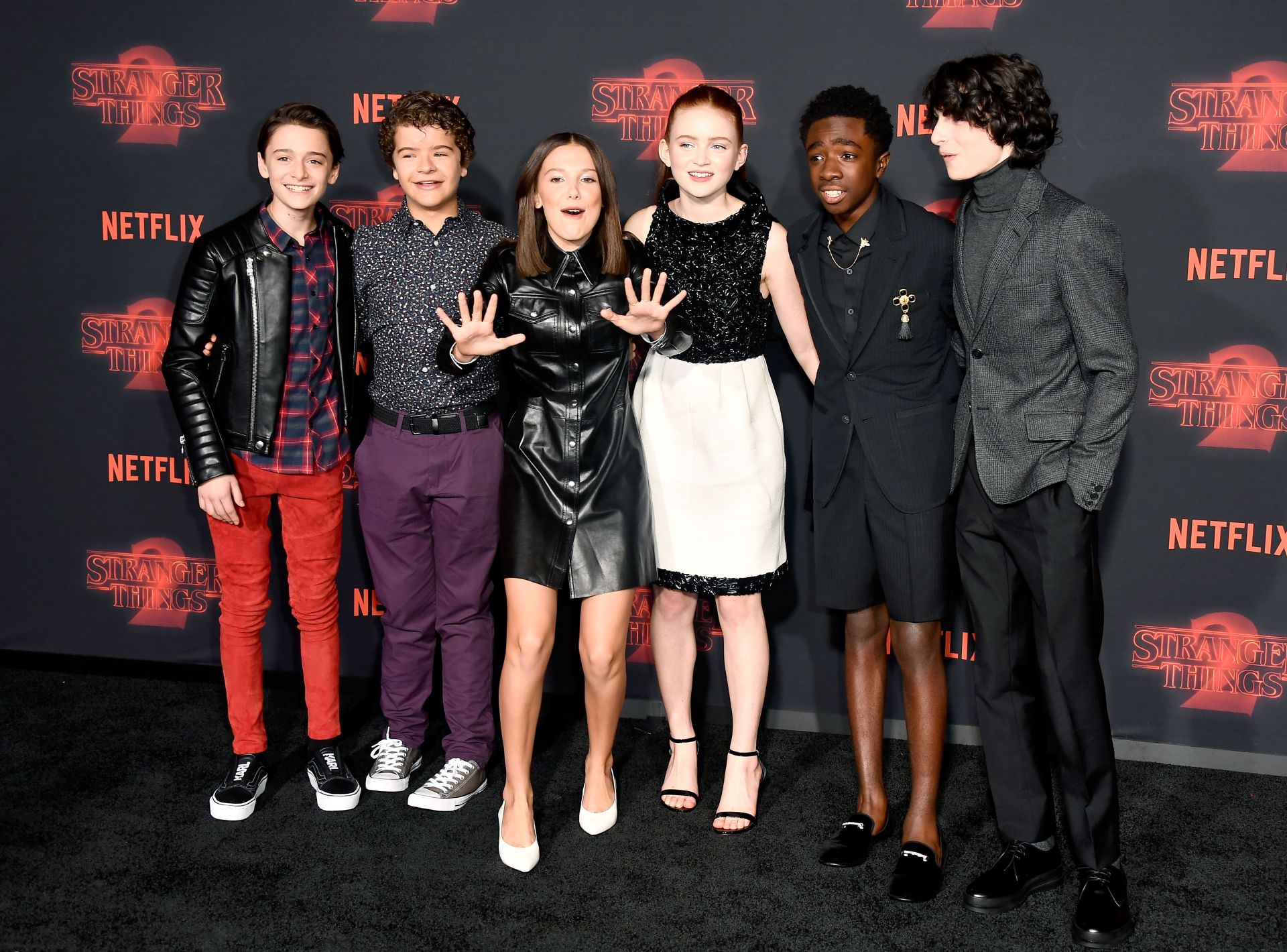 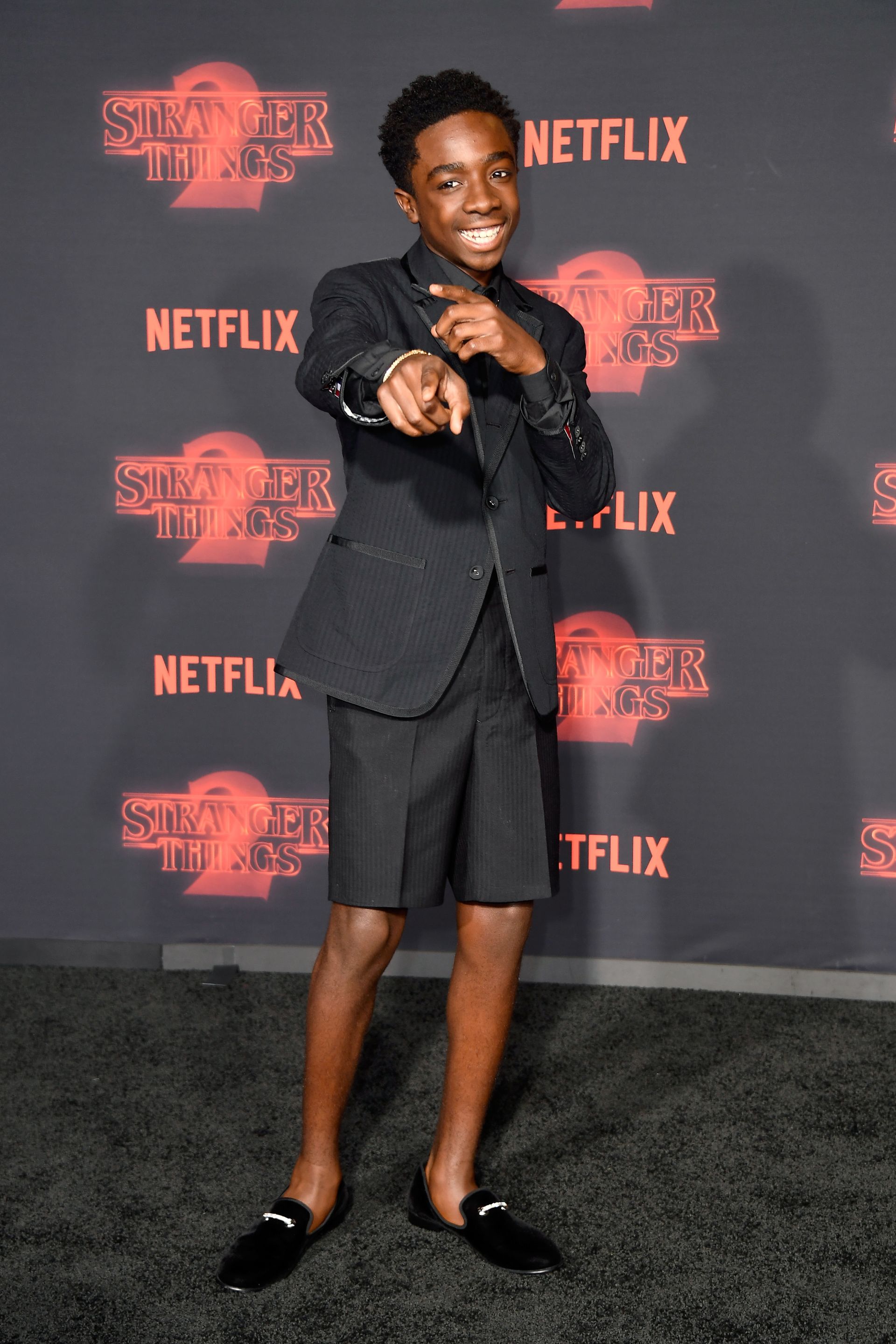 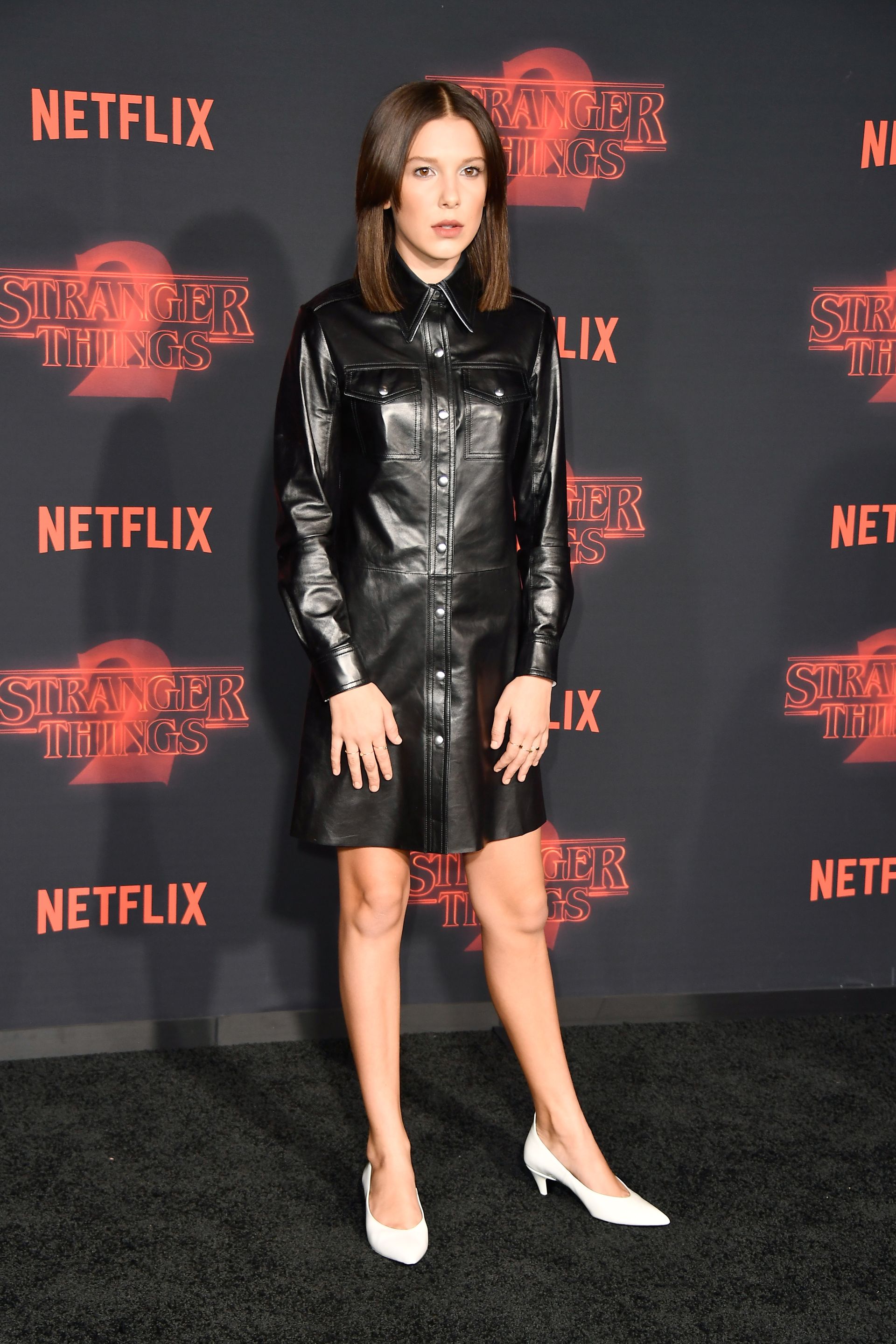 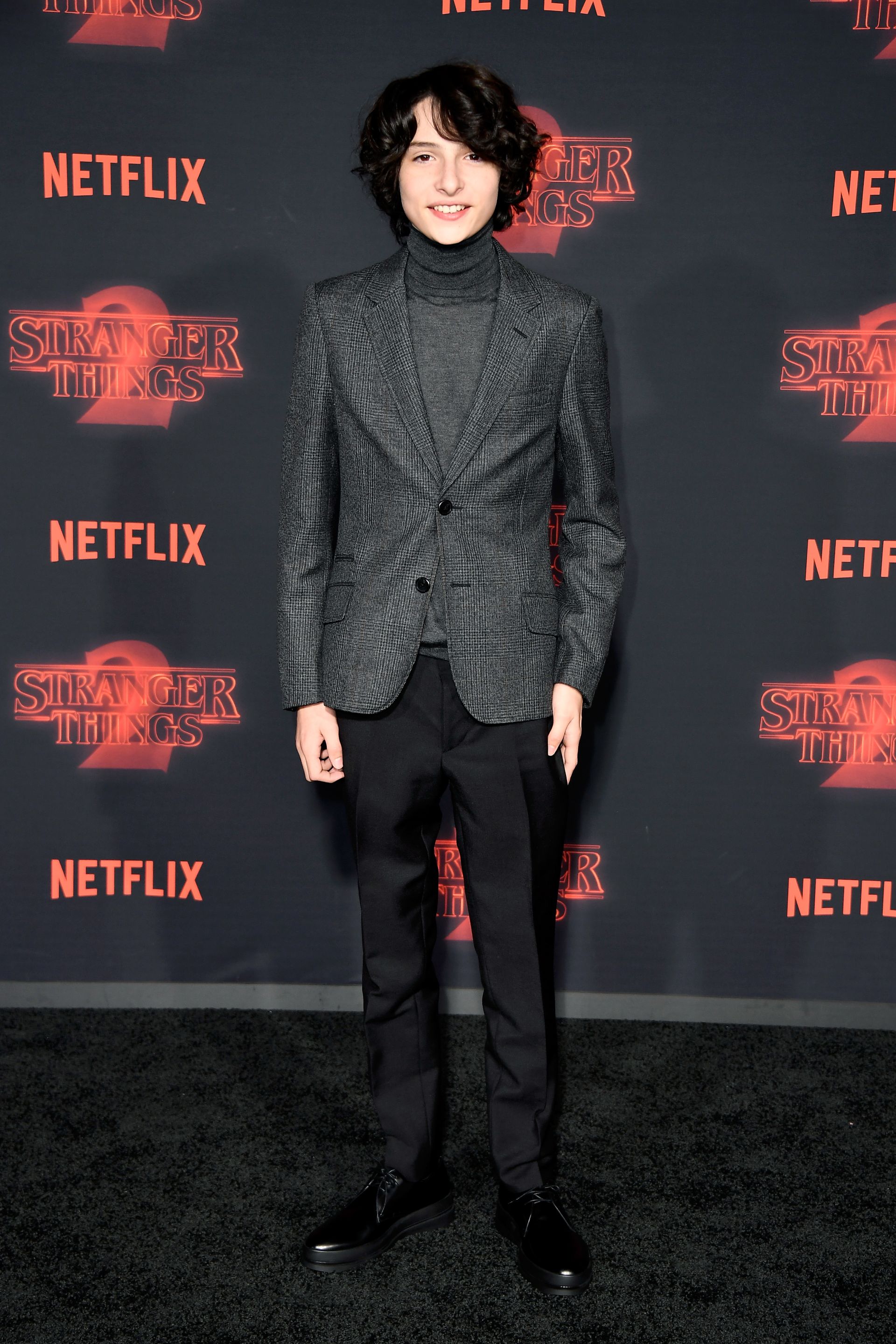 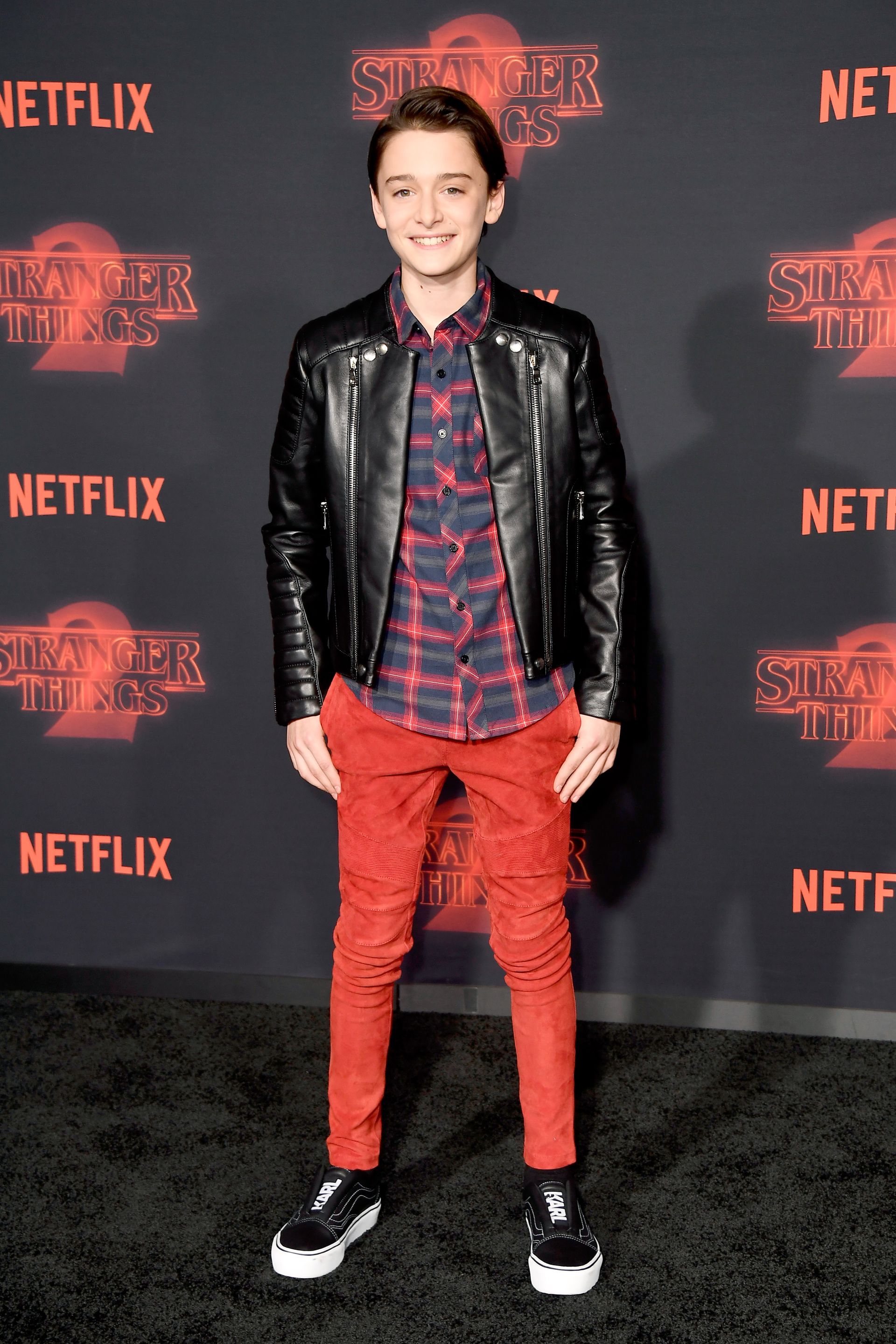 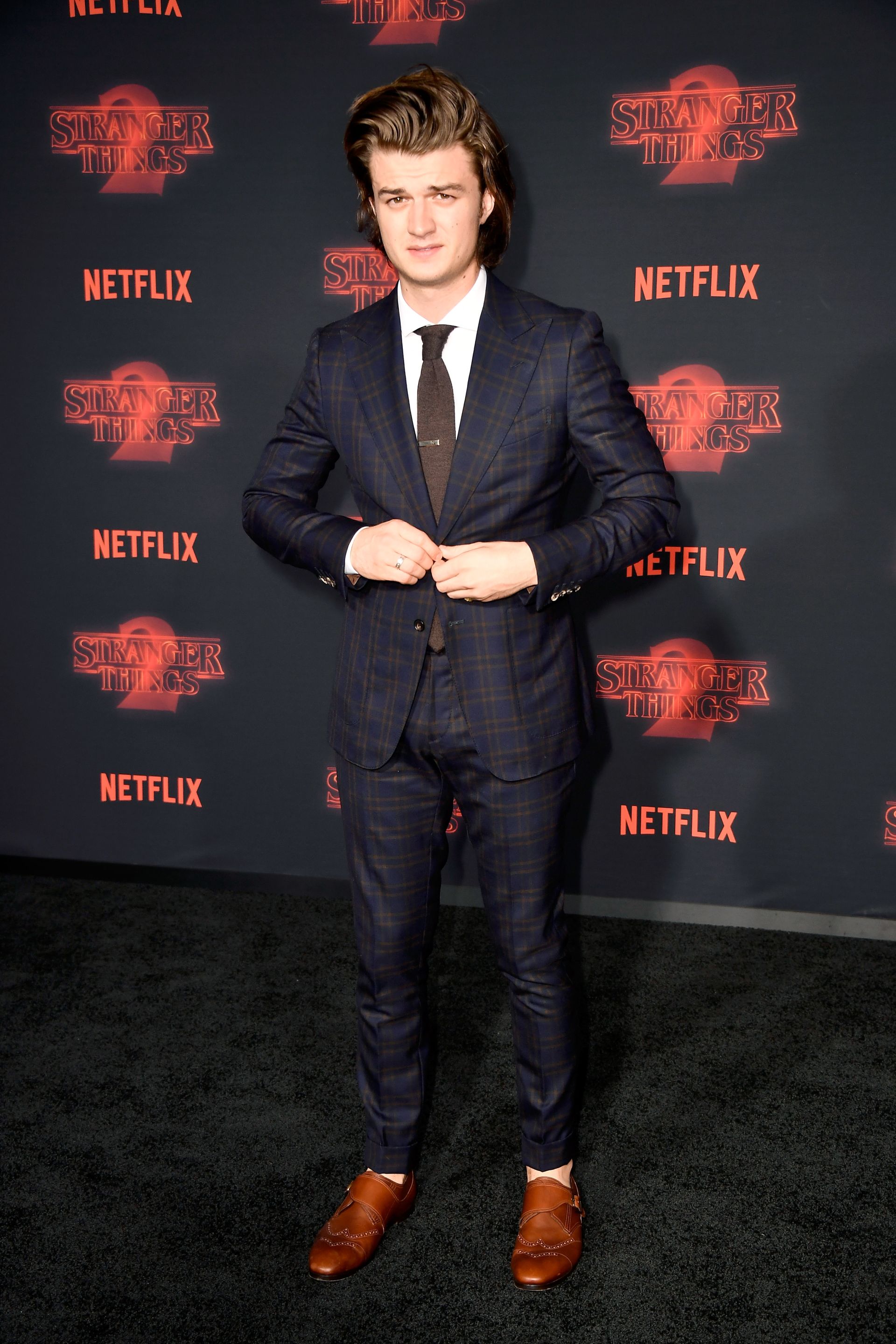 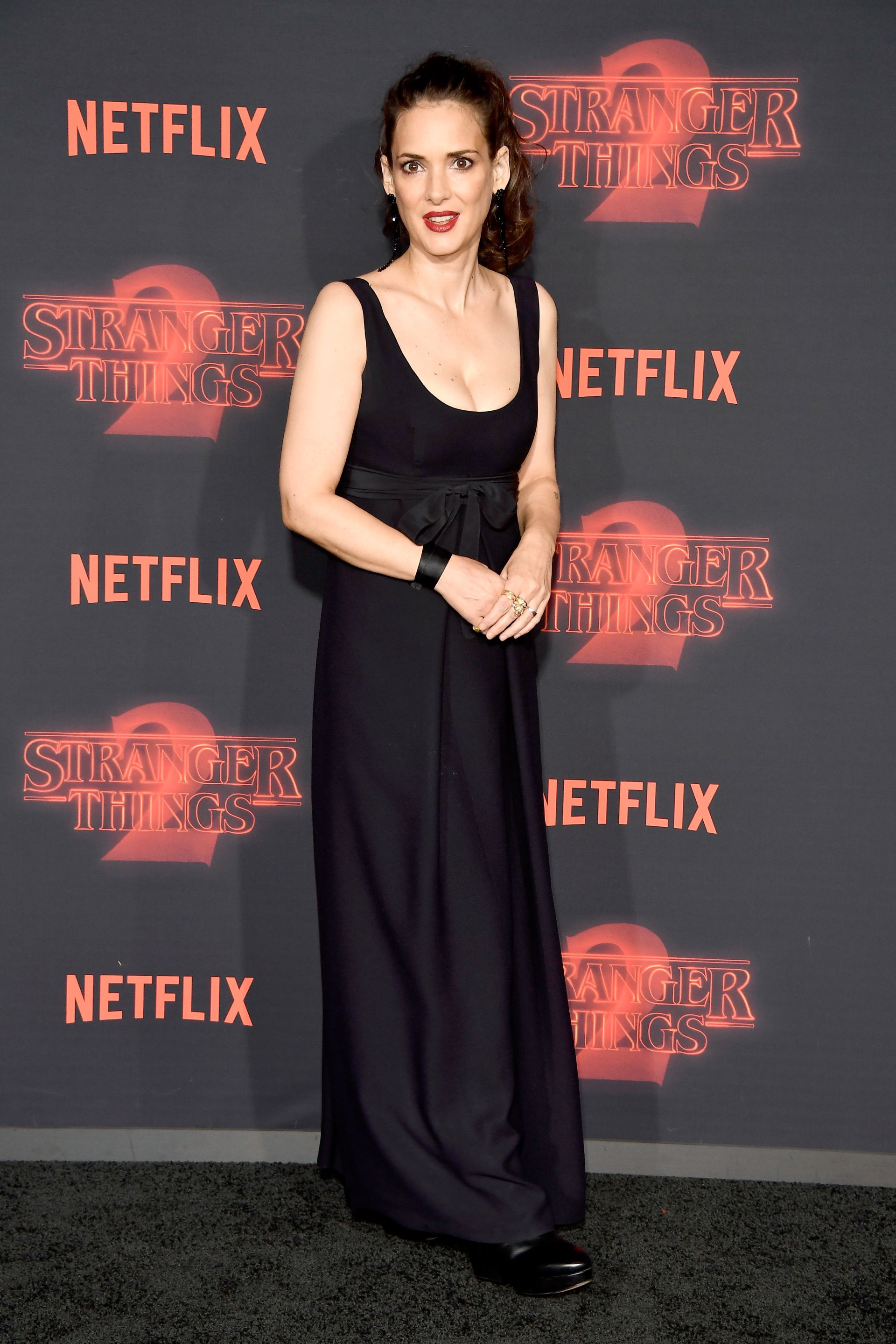 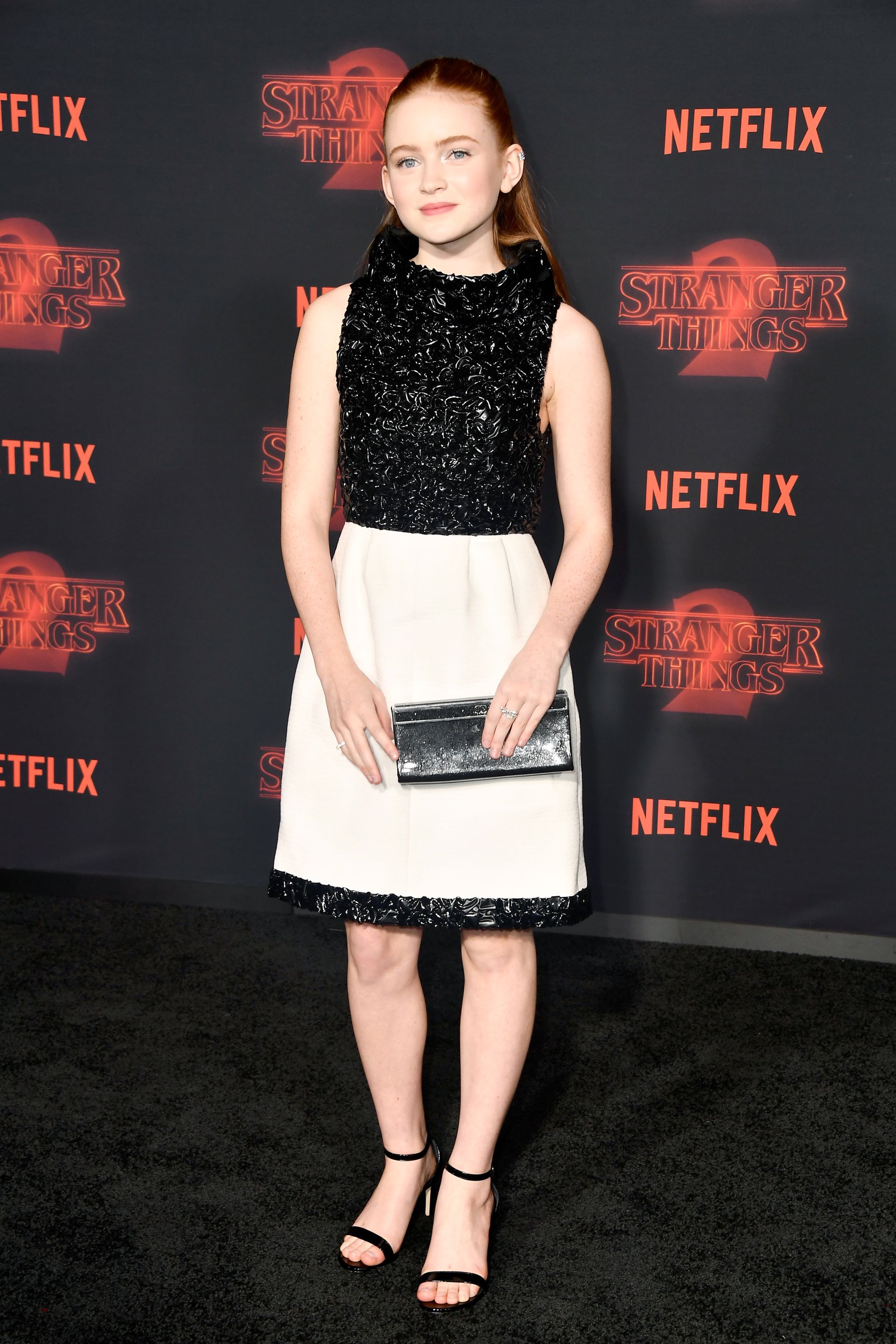 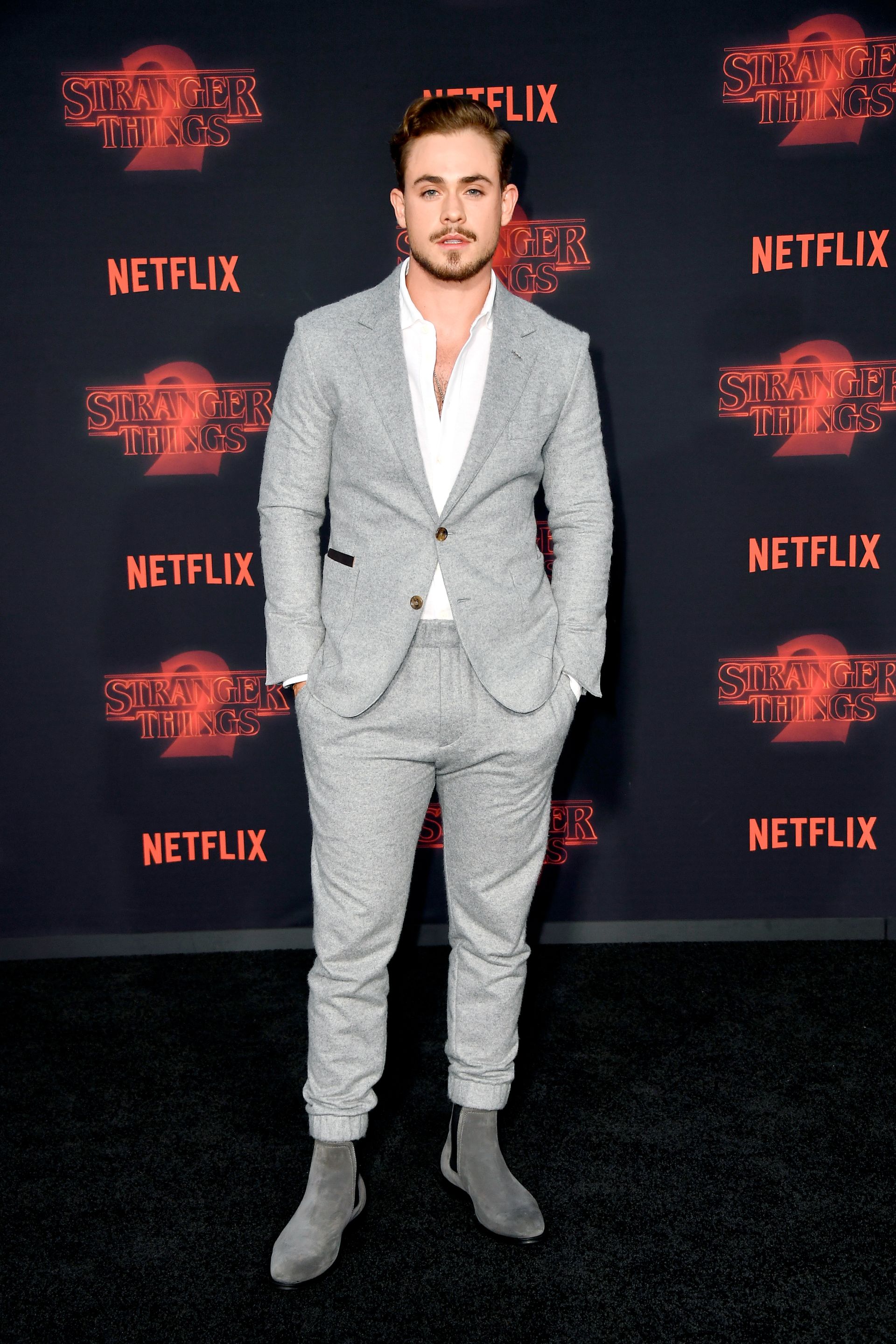 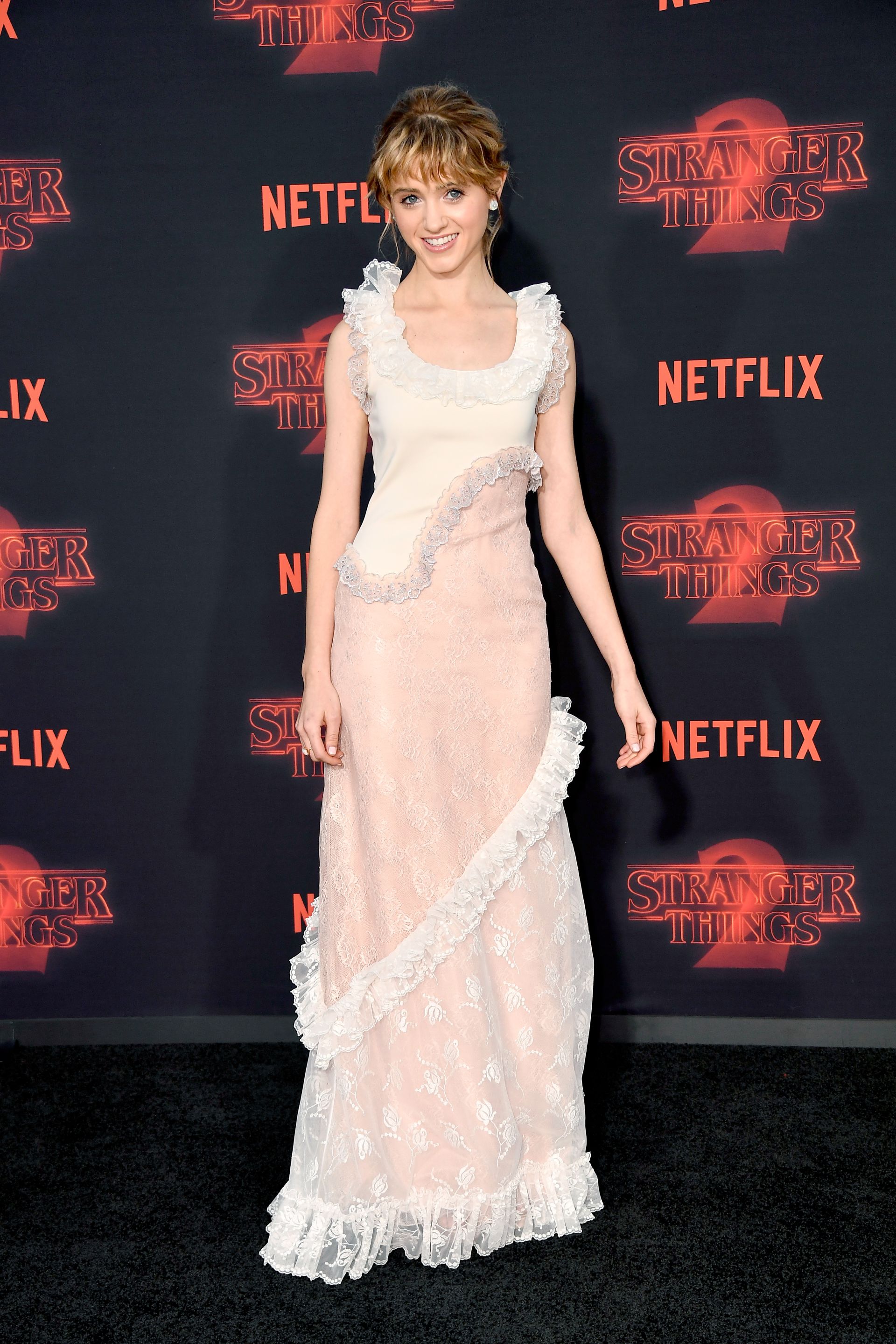 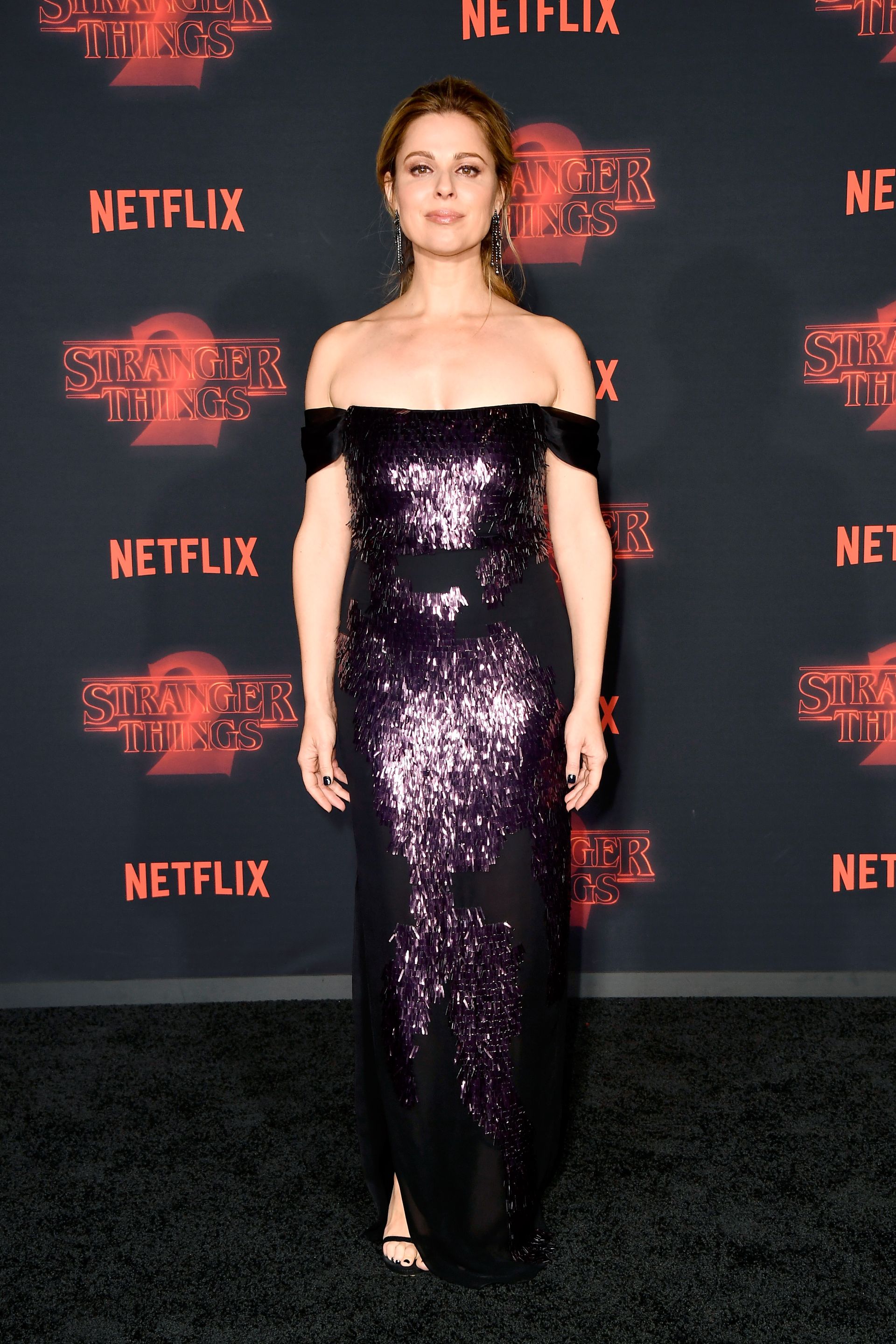 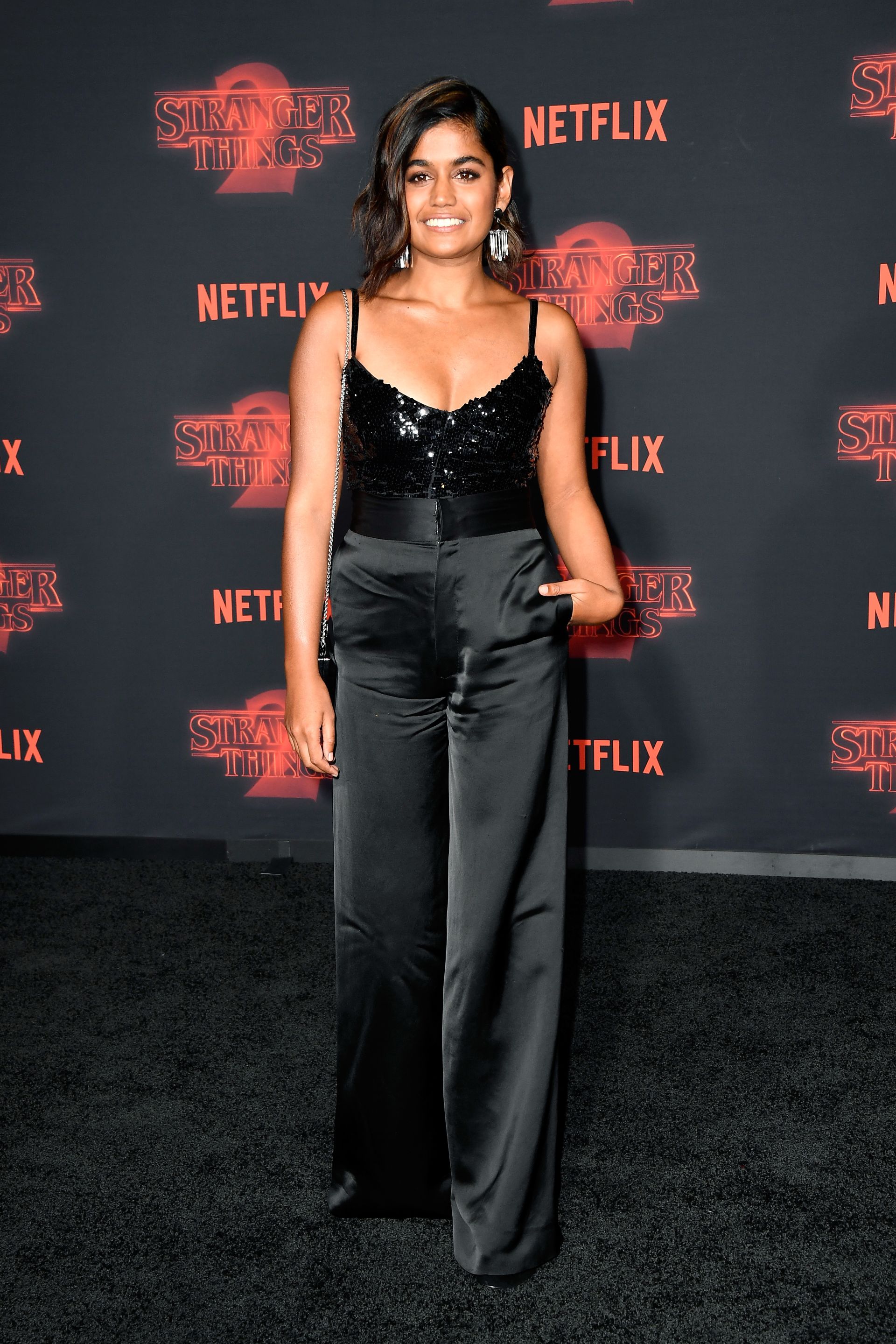 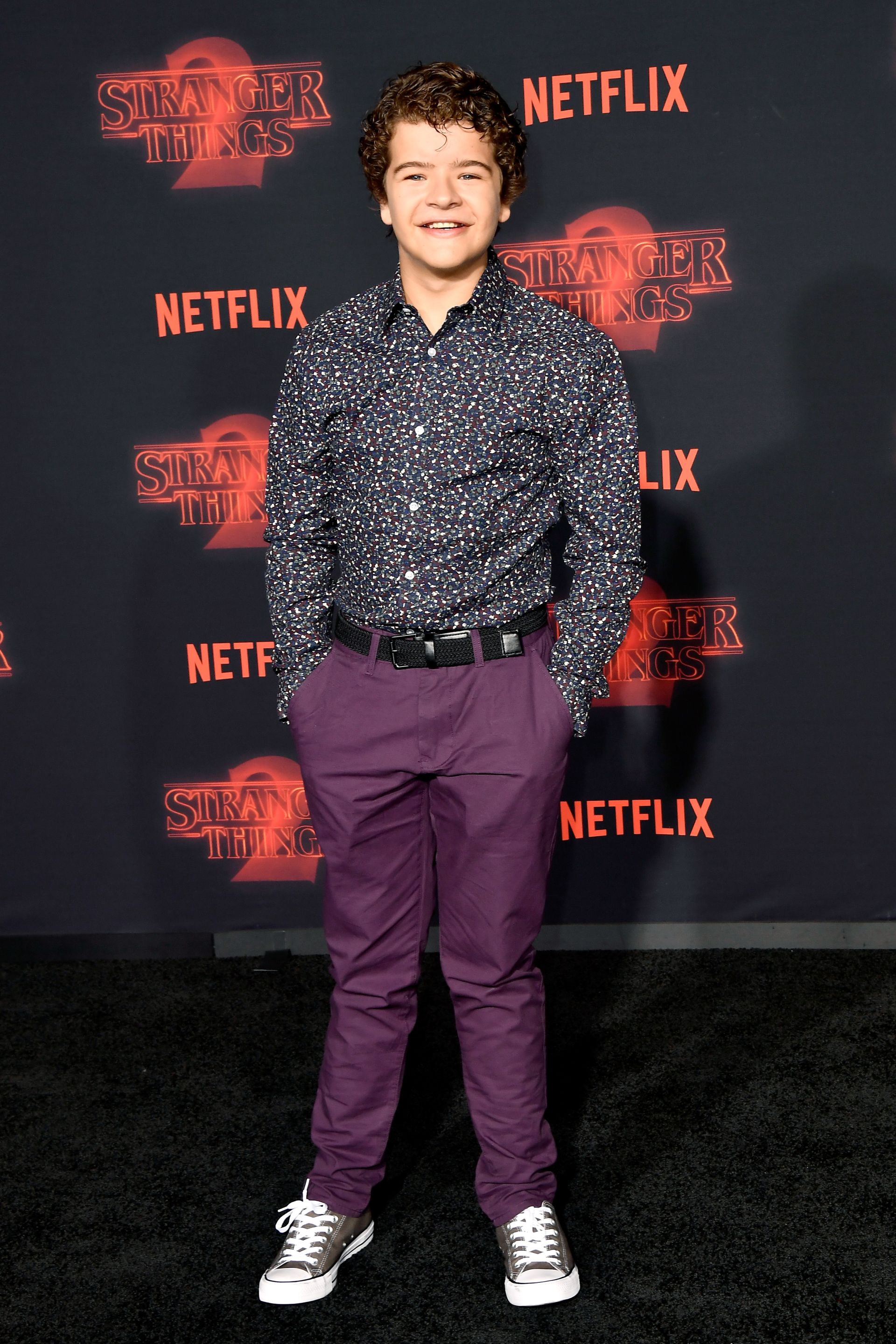 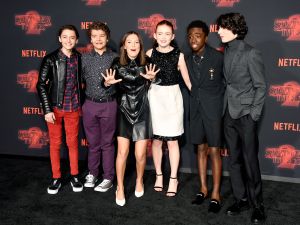 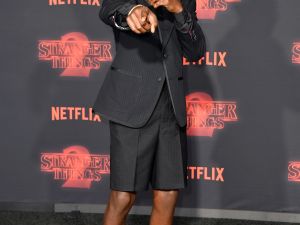 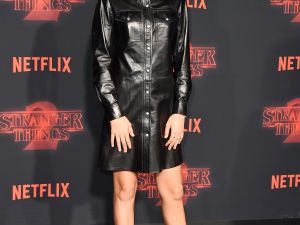 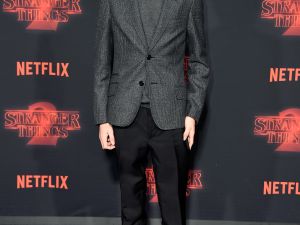 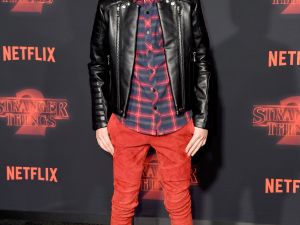 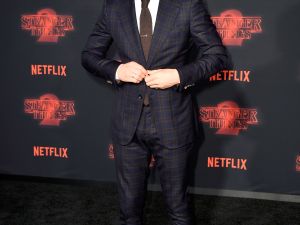 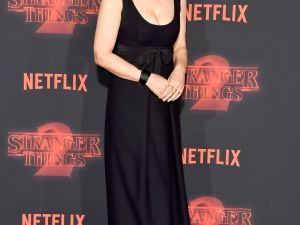 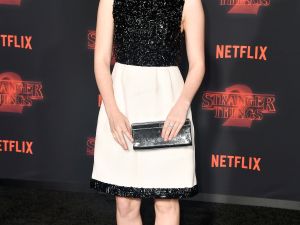 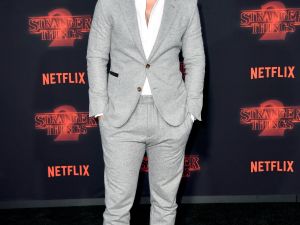 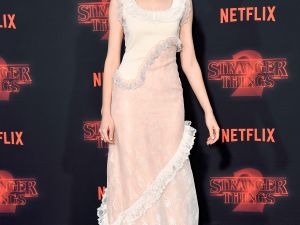 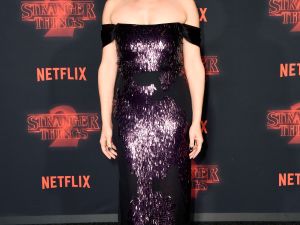 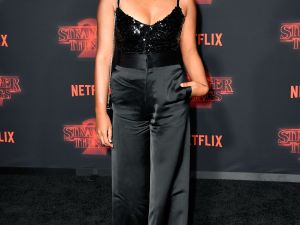 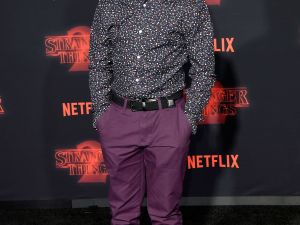 The wait for the second season of Netflix’s Stranger Things is finally over—and we don’t blame you for playing hooky from work to binge-watch every episode this Friday afternoon.

Last night, the adorable cast turned up in their red carpet best to fête the show’s return, and many of the teens did not shy away from dressing far beyond their age. For example, 14-year-old Finn Wolfhard donned head-to-toe Prada, including a grey turtleneck and jacket combination that matured him about 20 years. Meanwhile Millie Bobby Brown slipped into a sleek Calvin Klein 205W39NYC leather shirtdress that, when paired with white leather pumps and a slicked-back ‘do, rendered her nearly unrecognizable. Yes, it appears that Eleven is all grown up!

Then, there was Natalia Dyer, who selected a lacy and frilly Christopher Kane dress that was both romantic and modern. But thanks to her feathered bangs, it felt as if she was taking retro sartorial cues directly from Nancy Wheeler, the character she plays on Stranger Things.

Click through to see what the rest of the actors wore to the season premiere—and stay tuned for the upcoming awards season, as this young cast is sure to be making many more red carpet appearances this year.