George Clooney is a successful actor by any measure as evidenced by his extensive hardware and sterling reviews over the years. But as a director, Clooney has struggled to hit his stride. Not only do his efforts behind the camera generate mixed reactions, but they almost always seem to fail to make much money, a more disturbing trend in the eyes of studio executives. Over the weekend, that struggle hit rock bottom as his latest film, Suburbicon, absolutely tanked at the box office.

Per Box Office Mojo, Suburbicon earned just $2.8 million in its opening weekend. That’s especially concerning given the film’s reported $25 million budget. Premiering on more than 2,000 screens this past weekend, Suburbicon marks the lowest opening for star Matt Damon since 1997’s Good Will Hunting. The black comedy, based on a previous screenplay written by the Coen Brothers, holds just a 26 percent on Rotten Tomatoes. This is…less than ideal.

“Obviously, we are disappointed in these results, which we don’t feel are indicative of the quality and message of this original movie,” Paramount Pictures’ Domestic Distribution head Kyle Davies told TheWrap.

Clooney has directed six films in his career. The 2005 biopic Good Night, and Good Luck proved to be a hit, earning $54 million off a $7 million budget and garnering six Academy Award nominations. His 2011 political thriller The Ides of March was also a winner, earning $76 million off a $12.5 million budget and nabbing Clooney his second Best Screenplay nomination. His other titles have not fared nearly as well financially, with many of them also proving polarizing with critics and fans.

Confessions of a Dangerous Mind ($33 million/$30 million), Leatherheads ($41.2 million/$50 million) and Monuments Men ($155 million/$70 million) all left studios pinching their pennies and fans disappointed. Overall, Clooney’s directorial career has not been a success thus far despite flashes of potential. Suburbicon marks the low point for the A-lister.

How does Clooney move forward after this? He’s attached to direct Hack Attack, which explores the phone-hacking scandal that rocked Rupert Murdoch’s media properties. However, there’s been little movement on that project since it was announced in 2014. Still, Clooney’s biggest successes as a director have come from politically rich material, so this may be a good bounce-back opportunity. 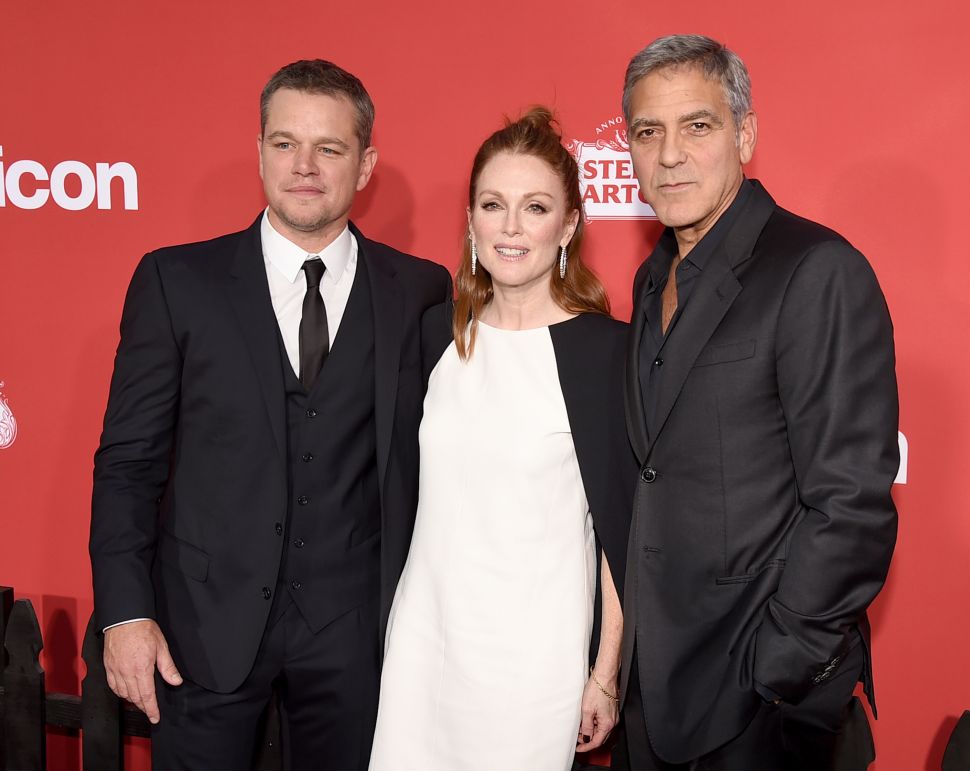