After the thrill of the Met’s opening night, when everyone was on their most exhilarating behavior—with the exception of the clinically dour director David McVicar—the company settled into the day-to-day repertoire that makes up the bulk of an opera company’s job description.

But “routine” doesn’t have to mean “dull,” as the opening week offered a bouquet of striking individual performances. The flashiest turn of all was tenor Vittorio Grigolo’s manic take on the title character in Offenbach’s Les Contes d’Hoffmann on September 26. For a more harrowing account of a poet spinning out of control, you’d have to imagine a biopic of Edgar Allan Poe played by Judy Garland.

Even the fanciful Garland comparison is accurate, because Grigolo is an artist whose voice just gushes out, sometimes giving the impression it’s in control of him rather than the other way around. And yet, in the taxing final scene reprise of the poet’s passionate ode “Ô Dieu! de quelle ivresse,” the tenor’s voice never flagged; in fact it seemed to grow ever more vibrant.

Among the rest of the cast, only soprano Erin Morley proved a worthy partner, trilling her way through the ornate role of the robot Olympia (one of Hoffmann’s ill-fated loves) with virtuosity and wit. She’s ready, I think, to take on this opera’s other two “lover” parts, Antonia and Giulietta, particularly since the artists the Met fielded for these roles were so nondescript.

As Hoffmann’s demonic nemeses, Laurent Naouri’s bass-baritone sounded maybe a little too causal. Mezzo Tara Erraught, in the complex dual role of Nicklausse and the Muse, came off as the sort of nondescript sidekick who, in another context, might try to talk the heroine out of wearing a red dress to a Mardi Gras ball.

What held everything together was the crisp, scintillating conducting of Johannes Debus, a name we need to hear more often around the Met. Meanwhile, we’re hearing less from Music Director Emeritus James Levine, which is fine with me. His wildly uneven leadership of Die Zauberflöte (The Magic Flute) left me wondering if he and the Met orchestra had ever been in the same room before the opening night on September 27.

As with the Hoffmann, though, the individual performances kept the show afloat. Outstanding was soprano Kathryn Lewek, flaunting a dramatic coloratura soprano of steely brilliance in the role of the Queen of the Night. This part includes in its first aria a terrifying high F that Lewek didn’t chirp but instead held for two beats—with vibrato even!

For once, the hero role of Tamino actually sounded heroic, thanks to the dark, muscular tenor of Charles Castronovo. So vivid was his performance he tended to overshadow the debuting Golda Schultz, whose soprano sounded ravishing—if a bit diffuse to fill the vast Met auditorium.

I really wanted to like the clearly intelligent baritone Markus Werba as Papageno, but he lacked much expression, most likely due to the clown makeup troweled on him in Julie Taymor’s heavy-handed production. As this staging ages, the blunt edges stand out, such as the progression of priestesses wearing what appear to be gargantuan cocktail napkins. 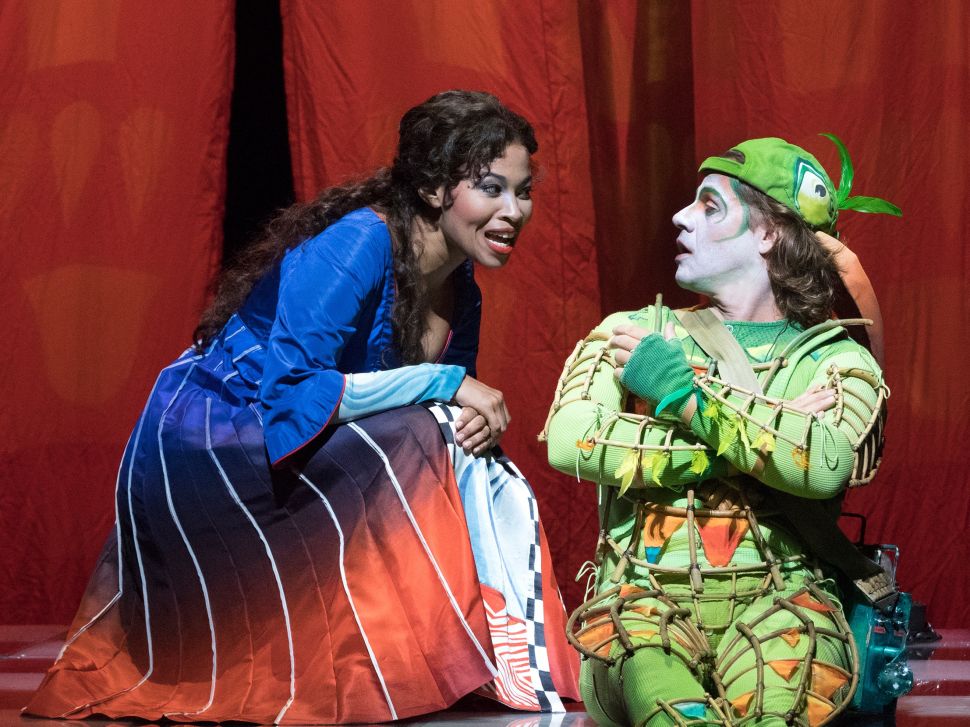