The Boy Scouts of America recently announced their intention to make the entire organization gender inclusive by 2019. Girls and boys will soon be able to fully participate in the organization and have an opportunity to earn the rank of Eagle Scout. Despite some backlash, this move by the organization is not a controversial one—women are already heavily involved in the Boy Scouts.

Many of the leaders during my own scouting experience were women, and I have seen women serve in various leadership positions ranging from Den Mother in Cub Scouting up through to regional administrators. I even remember a few sat in on my Board of Review, a panel that determines whether you have fulfilled the requirements for any given rank, when I was pursuing the rank of Eagle Scout.

Venture and Sea Scouting is already available to young women between the ages of 14 and 20, as is the Exploring program. Women’s participation in the organization has been going on since I can remember, and allowing women to earn merit badges to achieve the prestigious rank of Eagle Scout will not be a significant departure from the status quo.

The Cub Scouting program will remain mostly the same—local Cub Scout dens can choose to have either all girl or all boy programs. The change will not allow the dens to be co-ed, which should be a relief to many critics of the new change.

The founder of the Boy Scouting Movement, Lord Baden-Powell also acknowledged the interest from young women in his farewell letter. When speaking about his contribution to the organization he said,

“The one part which I can claim as mine towards promoting the Movement is that I have been lucky enough to find you men and women to form a group of the right stamp who can be relied upon to carry it on to its goal.”

He goes on to say in the same address,

“The ‘encouraging promise’ lies in the fact that the hundreds of thousands of boys and girls who are learning our ideals today will be the fathers and mothers of millions in the near future, in whom they will in turn inculcate the same ideals…Therefore you, who are Scouters and Guiders, are not only doing a great work for your neighbor’s children, but are also helping to bring to pass God’s kingdom of peace and goodwill upon earth.”

The words of the organization’s founder should serve a sufficient example that this change follows in his vision for the organization. I cannot speak for Lord Baden-Powell, but I would like to believe he would also applaud this decision.

In regard to the new change, Michael Surbaugh, the current Chief Executive of the Boy Scouts said, “We believe it is critical to evolve how our programs meet the needs of families interested in positive and lifelong experiences for their children.”

He could not be more right—in a time where cultural institutions are weakening, the Boy Scouts of America is a shining beacon that can help families produce civically engaged, morally upstanding, and well-rounded citizens. We should feel optimistic that the Boy Scouts of America even has a following of girls and young women who want to live a life according to the honorable principles of the Scout Oath and Law.

The Boy Scouts of America also said in a statement, “Families today are busier and more diverse than ever. Most are dual-earners and there are more single-parent households than ever before, making convenient programs that serve the whole family more appealing.”

This change will allow American families to participate in Scouting together—a rare opportunity outside of sports in this day and age. Participating in the Boy Scouts of America with my father and earning the rank of Eagle Scout was one of the most formative experiences of my life. Scouting was a close-knit community for me and my family, and it is very exciting to see the same experience will be provided to so many other families.

The decision by the Boy Scouts of America to open up opportunities for girls and young women to fully participate in the organization is a wise one. I look forward to seeing families experience the joys of scouting together, and witnessing women earn the rank of Eagle Scout.

Matt Joyner is a finance professional in the Metro-Portland, Oregon area. He earned the Boy Scouts of America’s highest achievement of the rank of Eagle Scout in 2011. You can find him on Twitter @MattAJoyner or contact him at matt.a.joyner@gmail.com 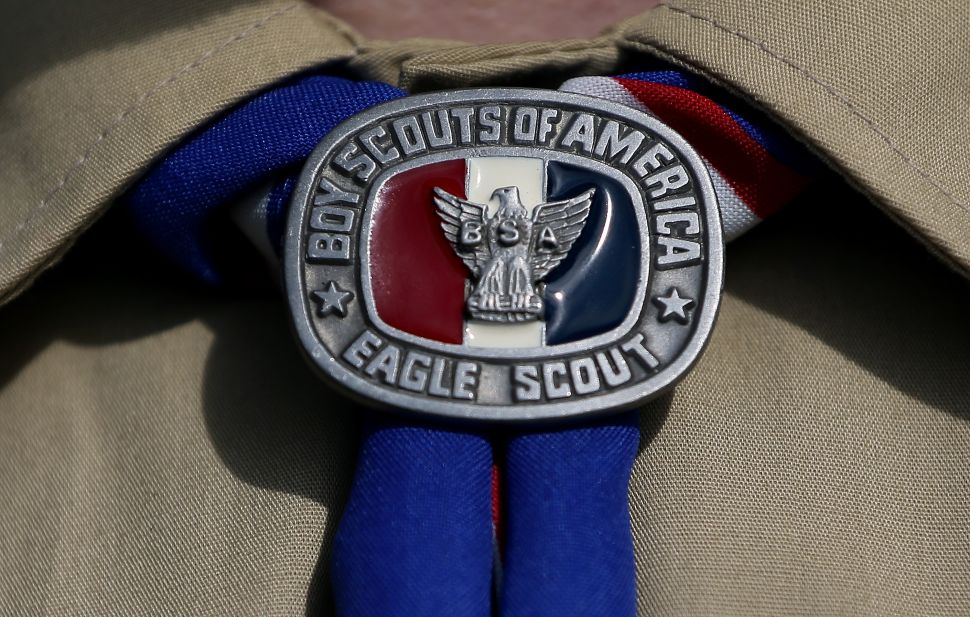