With the passing of the Editor in Chief of Playboy, Hugh Hefner, we remember him as the leader of the sexual revolution with a blonde bombshell always by his side. The Playboy empire has been built up by incredible marketing strategies, one of the most memorable being the Playboy Bunny.

Hefner had attributed the idea of a bunny from a Bunny’s Tavern, a bar he frequented throughout his college days in Urbana, Illinois. With the founding of the Playboy Clubs in 1960, Hefner recognized the need for a showgirl-esque uniform for his waitresses, to create a one-of-a-kind experience. The uniform would be a variation of the Playboy rabbit mascot, complete with bunny ears, a bow tie, a collar, cuffs and a fluffy cottontail. It was also the first commercial uniform to be registered by the United States Patent and Trademark Office. While everyone knows the costume and has been to at least one Halloween party with a Bunny impersonator, not everyone knows the fashion designer behind the Bunny. Enter Zelda Wynn Valdes, who was handpicked by Hefner to complete the task of creating the costume. Notably, Valdes was an African American woman who opened the first black-owned boutique in Manhattan, in 1948.

Famous for her figure hugging creations, Valdes designed for some of the era’s biggest and most groundbreaking celebrities, including Josephine Baker, Dorothy Dandridge, Ella Fitzgerald, Eartha Kitt and Mae West. Her design aesthetic was exactly what Hefner was looking for, something sexy, feminine and figure-hugging—a real statement piece. Hefner and the Playboy Club Director of Promotions, Victor Lownes, enlisted Valdes to create a look that would remain a staple of the Playboy Enterprise, one that communicated the exclusivity of the club, the patrons and the Bunnies. The costume made its official debut in 1960 at the opening of the first Playboy Club in Chicago. Gloria Steinem’s tell-all exposé for Show Magazine entitled  “A Bunny’s Tale” famously discussed the fit of the uniform, stating that the costume is fitted to be snug, that “the boning in the waist would have made Scarlett O’Hara blanch, and the entire construction tended to push all available flesh up to the bosom.” Roberto Cavalli revamped the design in 2005, keeping some of the original design details intact like the ears and fluffy cottontail, but taking out the boning and other oppressive and anti-feminist design details.

So why are people just now hearing about Valdes and her contribution to one of the biggest moguls of the twentieth century? In 2016 the Museum at FIT debuted their “Black Fashion Designers” exhibit which aimed to place black designers front and center, highlighting the figures behind historic costumes and brands. The point of the exhibit was to bring awareness to the segregation that had been a theme of the fashion industry for so long, a theme that had caused so many great fashion designers to be lost in history. Valdes was one of the designers featured and for many visitors of the museum, it was the first time learning about the woman behind the Playboy Bunny uniform. Her New York boutique, Chez Zelda, was originally located in what is now known as Washington Heights, and moved to midtown in the 1950s. She closed the shop in 1989, but continued her work with as a founding member of the National Association of Fashion Accessory Designers, an organization aimed at promoting black design professionals. Valdes continued designing costumes for the Dance Theater of Harlem, until her death in 2001.

Though Valdes worked behind-the-scenes, she created an iconic look in a time where black women were not included in fashion. The first black model didn’t hit the cover of a fashion magazine until 1966, when Donyale Luna appeared on British Vogue, six years after the debut of the Playboy Bunny uniform. Hefner has been heralded as a champion for integration, during a time where entertainment was still segregated. His television series Playboy’s Penthouse was one of the first programs to integrate performers and audience members alike. His work as a “human rights activist,” as he claimed in a 1994 interview with The Advocate was even featured in a 2009 documentary entitled Hugh Hefner: Playboy, Activist, Rebel. Hefner’s choice of designer for the bunny suit was very intentional.

Misinformation on the origin of the Playboy Bunny costume has circulated with the LA Times stating in 2005 that it was “reportedly designed by the girlfriend of a Playboy executive and her mother,” but with the commemoration of Hefner, his empire and media attention to the Black Fashion Designers exhibit, Valdes will be remembered as the historical figure she was—an African American woman who left her mark on the fashion industry. As she stated in a New York Times interview in 1994, “I just had a God-given talent for making people beautiful.”

As the person who created the design behind one of best selling costumes at Party City, Valdes deserves to be remembered and honored for her contribution beyond just Playboy Enterprises and Halloween parties. Hefner and Valdes had the same vision—showcasing beautiful women to the world, they just took different avenues to do so. 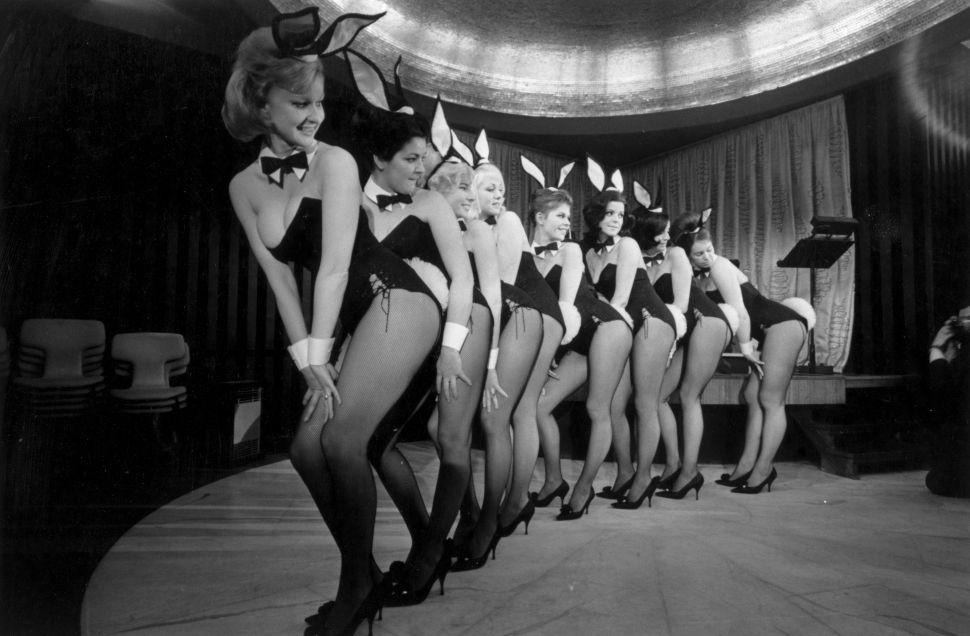