Although Dale Carnegie wrote How To Win Friends and Influence People in a genial, aw-shucks country boy tone—rife with anecdotes from hard-working Americans and heroic historical figures—it’s important to keep in mind that the book is still about influencing people. You don’t read this book to feel better about yourself. You read this book because you want to make something happen and need to persuade other people to help you do it.

Carnegie refers to this practice as “human engineering,” and we’re going to run with that metaphor a little bit here. When you have a conversation, you’re essentially deploying linguistic tools to make changes to a very complex machine: the other person’s brain. Without being able to crack open their skull and see what’s inside, their brain is a bit of a black box. But the advice in How To Win Friends gives you a good idea of what you might find inside.

It all comes down to one line: “The only way I can get you to do anything is by giving you what you want.”

As humans, we have certain inalienable wants and needs—food, , shelter and the like. But there’s also one additional want that doesn’t get enough play. The education reformer, John Dewey, called it “the desire to be important.” As social animals, we crave recognition by other members of our tribe, and we’re willing to work to get it.

That desire for importance has fueled the development of modern civilization. It’s also an incredible tool that you can use to persuade people if you can get to the root of it.

Carnegie quotes Viennese psychologist Alfred Adler from his book What Life Could Mean to You.

“It is the individual who is not interested in his fellow men who has the greatest difficulties in life and provides the greatest injury to others. It is from among such individuals that all human failures spring.”

So the lesson here is getting interested. That’s how you make your target feel important. But how do you do that? How do you penetrate the layers of meat and skull that surround a person’s true nature? By paying attention. There are no linguistic tricks or secret questions in this.

Like much of Carnegie’s advice, it comes back to actually doing the work, to looking past your own individual goals for the moment and into the life of your counterpart.

One instructive anecdote in the book concerns Dale Carnegie’s “birthday book.” Upon meeting a new person, he’d finagle a way to get their birthday out of them. When that person’s back turned, Carnegie wrote their name and birthday down in a little notebook and then transferred it to a calendar at home.

The next year, he sent a letter or telegram to celebrate the event.

What Carnegie was doing here was a form of what certain folks like to call “virtue signaling.” Any one individual’s birthday wasn’t particularly meaningful or interesting to him. But by being able to recall and honor those days in the pre-Facebook age, Carnegie formed an emotional bond of appreciation with his subject.

That’s exactly what people are doing, consciously or unconsciously, if they post on your Facebook wall when your birthday rolls around. It’s a way of saying “I value you and appreciate you.” Some of them might want something from you or are putting a little insurance on it for the future. Some of them might just be doing it out of habit. But the result is the same.

Carnegie writes “If we want to make friends, let’s put ourselves out to do things for other people—things that require time, energy, unselfishness, and thoughtfulness.” And that reads well, but let’s be honest with each other: Pretty much every anecdote he shares puts the lie to the “unselfishness” bit. It’s a nice word, but we’re dealing with conversation as negotiation here, where selfishness is necessary.

Case in point: He shares the story of a bank manager who needed to gather information on a corporation for a deal. Only one person had the facts he needed, and he wasn’t accommodating. So the manager overheard that his subject’s son was collecting stamps, went over to his bank’s foreign exchange division, gathered up a bunch of canceled international postage and went back with a bribe for the kid.

Needless to say, the second visit was successful, and the manager got the data he needed. But this wasn’t an “unselfish” act. He didn’t get the kid those stamps out of the goodness of his heart. It was a transaction—just not an explicitly defined one.

We engage in hundreds of these transactions every day. We give up a little bit of what’s most precious to us—our life, which slips away a minute at a time and can never be gained back—to learn about somebody else, and then deploy that knowledge in a way they can see to express their value and make them feel important. It’s just part of being alive.

Bringing that sense of value to the people you do business with is key. Obviously, Carnegie’s birthday gambit is a little dated, but in the age of social media and public sharing, it’s easier than ever to get insight into a potential customer’s personality. In a negotiation, knowledge is power.

Carnegie’s “become genuinely interested in other people” is honestly good advice. But when he wrote it, he was the only guy discussing using social methods for business leverage. Pretty much everything we’ve learned about marketing since hinges on this, the art of recognizing an individual’s personhood as the key to unlocking their wallet.

It may seem cold, but at no point does How To Win Friends tell you to be dishonest or otherwise not genuine in this process. That’s one of the most inspiring things about the book. It really does present a win-win version of social interaction where everybody gets what they want.

And how often can you say that?

B.J. Mendelson is the author of Social Media is Bullshit (St. Martin’s Press) and “The End of Privacy.” He writes about reputation design on his blog, BJMendelson.com 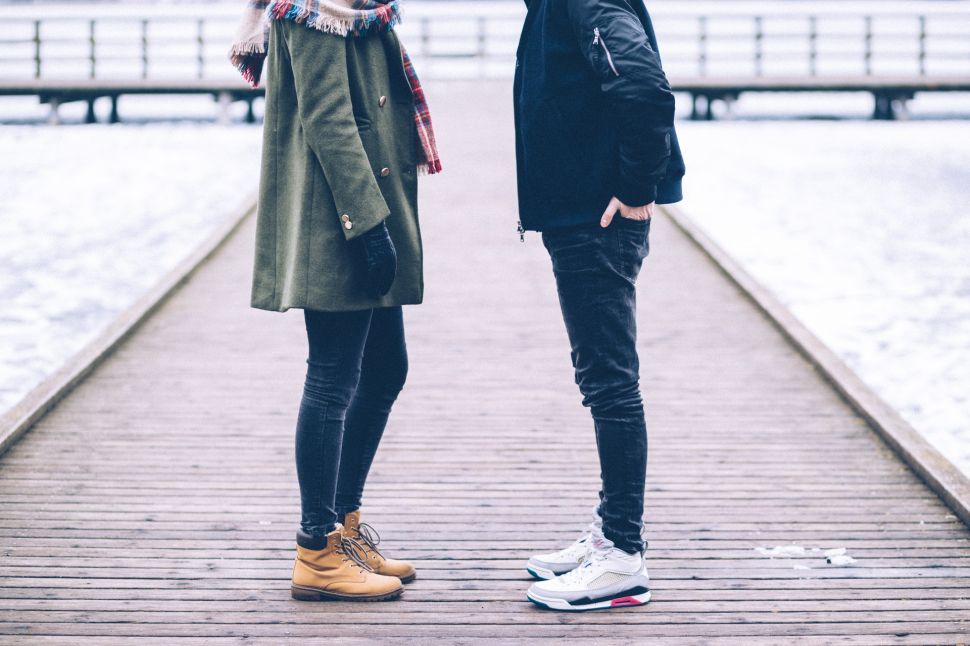