Last week a young reporter for the New Yorker, Ronan Farrow, published an expose about Harvey Weinstein, the noted film producer. The story was heavily sourced and presented in the fact, attribution, fact, attribution staccato of traditional journalism. It was old-school and refreshing. There was not a hint of Gonzo intrusion into the narrative.

If ever a reporter could pull off the Gonzo bit, where the author’s personal experiences make their way into the story, it is Mr. Farrow. His grandfather is noted film producer and director John Farrow. His grandmother, Maureen O’Sullivan, was the original Jane in Hollywood’s Tarzan franchise. His mother is Mia Farrow, who auditioned for the role of Liesl von Trapp in The Sound of Music but did not get the part. His father is Woody Allen, but he looks like Frank Sinatra, his mother’s first husband.

All this makes his “just the facts, ma’am” approach admirable in its humility. Especially in the current media age, where even the guy at the local Pennysaver who doubles as paperboy can’t help but tell you his personal views on the mall parking lot expansion he is writing about.

There are problems with the piece, though.

Farrow has permitted the story to be described as a “scoop.” The word scoop implies hidden facts rigorously uncovered which, once exposed, cause surprise. The problem with that is everyone who was anyone apparently knew Harvey Weinstein was a cad of the first order. The story was not reported because he was also a cultural kingmaker and kingslayer. NBC originally turned the story down. Fear caused the media to steer clear. Fear, and a good measure of pandering to power.

In this context, “scoop” is a misnomer. The media was cowed and corralled, not blindsided and surprised. That Weinstein wielded enough clout to scare the media into compromising upon fundamental principles is a part of this story. What is the source of Harvey Weinstein’s power? Farrow’s piece does not broach that question.

Instead, Farrow casts his story as a cautionary tale of powerful men in the workplace. He writes that the disclosures about Weinstein “follow in the wake of stories alleging sexual misconduct by public figures, including Donald Trump, Bill O’Reilly, Roger Ailes, and Bill Cosby.”

Let’s deconstruct that. Cosby drugged women to rape them when they were unconscious. O’Reilly and Ailes were accused of making inappropriate comments at work. Both issued denials, although for each there was enough evidence of inappropriate behavior that they were fired from their jobs. Assuming their denials were lies: Do they deserve to be compared to Weinstein and Cosby? There was no allegation that they lured underlings to hotel rooms to rape them.

Even giving Farrow a reporter’s discretion on that one, the inclusion of Trump is a complete non-sequitur. He is probably the most vetted person who ever lived on the issue of sexual harassment. Larry Flynt has offered $10 million to anyone who can produce the goods on him. The most they have come up with so far is that Trump once told Miss Universe to lose weight—which my doctor tells me to do all the time. There was also that incredibly crass thing he said on the set of a soap opera when he did not know he was being recorded. But even that is not evidence that he ever touched anyone.

Why did Farrow need to mention Trump? The obvious answer is that Weinstein is a noted Democrat and Farrow had to give equal time in his piece to smearing Republicans. The cultural elite in America—Harvey Weinstein’s buddies—require it. This also explains why he left out of his litany of abusers the powerful man whose conduct was most analogous: Bill Clinton, who, like Weinstein, was also accused of rape.

If so, then Farrow was exhibiting the same mixture of fear and pandering that enabled Weinstein. Among the cultural elite in America, there is a right way to view the world. Harvey Weinstein, in his politics, was always on the side of the right-thinkers. So were his movies. Weinstein’s first reaction when exposed as a predator was to cite his efforts to endow scholarships for women directors. He promised to work tirelessly to defeat the NRA. He believed that asserting his liberal bona fides would restore his immunity because that’s how his world works.

This fact pattern suggests there is a protection racket for right thinkers. That explains why NBC would not run the story. A reporter more uninhibited by the rules and rubrics of the cultural elite would have explored this line of inquiry. Farrow pulled his punch against this racket. More, he paid it the necessary tribute by making a false comparison with Trump. He was permitted to decapitate Weinstein so long as he nicked Trump in the process.

Perhaps a little Gonzo journalism would have helped here. There is probably not a reporter in America whose personal biography is more intertwined with invincible lechers. His mother’s breakthrough role was in Rosemary’s Baby, where as a young lady she was cast by Roman Polanksi. His father, Woody Allen… well, let’s not even go there.

There is a problem with the protection America’s ruling class provides to its own. Ronan Farrow knows it better than anyone. It is a shame that he didn’t dig a little deeper on that point.

Donald Trump Makes His Own Momentum in ‘Look at Me’ Decade

The Catholic Church Asks Trump to Violate His Oath of Office 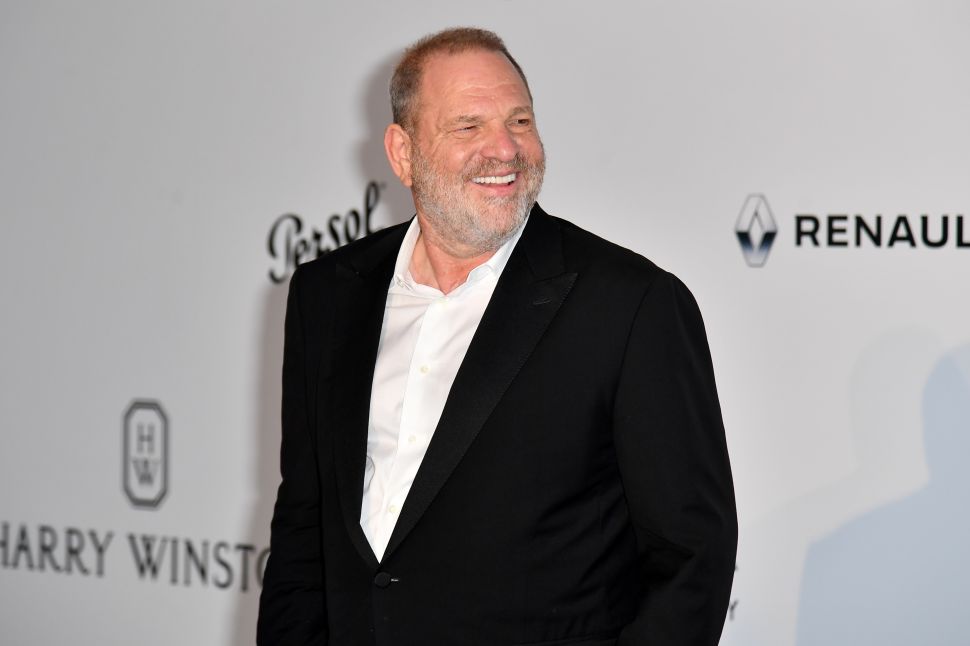