Will the courts be responsible for drawing congressional and state legislative districts or will the process remain with lawmakers? The U.S. Supreme Court will answer this question and others when it rules on the constitutionality of Wisconsin’s general assembly map.

In Gill v. Whitford, William Whitford, a retired professor of law, is challenging the district map drawn by Republicans in Wisconsin in 2011. Whitford argues that it constitutes extreme partisan gerrymandering, with districts drawn to heavily favor Republican candidates. That, he maintains, should be unconstitutional.

Similar challenges in other states are in play, as in Maryland, where a Democratic map is being challenged. But it is the Wisconsin case that has been taken up by the high court.

A federal trial court in Wisconsin had ruled that the 2011 map violated the equal protection clause of the Constitution as well as the First Amendment. In light of the decision and the trial court’s directive to the Wisconsin legislature to have a new map in place by 2018, the state appealed to the U.S. Supreme Court and requested a stay of the lower-court ruling.

The Supreme Court granted a stay and scheduled oral argument for Oct. 3, 2017. During oral argument, a split emerged among conservative and liberal members of the court, with Justice Anthony Kennedy again seeming like the deciding vote.

For example, Chief Justice John Roberts, a Republican appointee, suggested that a finding of unconstitutionality would transfer responsibility for redistricting to the courts and away from the state legislatures.

“We will have to decide in every case whether the Democrats win or the Republicans win,” he said. “That is going to cause very serious harm to the status and integrity of the decisions of the court in the eyes of the country.”

Conversely, decrying partisan gerrymandering, Justice Ruth Bader Ginsburg, a Democratic appointee, said, “If you can stack a legislature in this way, what incentive is there for a voter to exercise his vote?”

In addition to the issue of the court assuming a greater role in what has been historically considered a political and not a judicial question, the justices will grapple with the question of whether representation should be based on a proportional system or continue to be based on the traditionally more cohesive community-based system.

The argument favoring a more proportional system holds that partisan gerrymandering results in a significant advantage to the party in control of a state legislature or redistricting commissions established by those bodies.

They maintain that the seats held by the majority party are disproportionate to the vote the party’s candidates received statewide.

In the Wisconsin case, the plaintiffs point to the fact that in 2012 Assembly elections, Democrats received 53 percent of the vote statewide but won only 39 percent of Assembly seats, or 39 out of 99.

Put another way, Republicans won 47 percent of the vote yet captured 60 Assembly seats.

Defenders of the current system, on the other hand, argue that representation based on a proportional model would result in less geographically cohesive and contiguous districts leading to communities being divided as well as the further division of counties.

They maintain that a map drawn on the basis of the proportion of the statewide vote received by party candidates would be less democratic than one based on more compact districts.

This would result in even more weirdly-shaped, gerrymandered districts and would separate groups and individuals that have similar concerns and interests.

The Supreme Court did take up the issue of partisan gerrymandering in 2004 in Vieth v. Jubelirer. In that case, the court could not agree on a test to measure when gerrymandering becomes unconstitutional.

The plaintiffs this time, however, have developed a mathematically-based “efficiency gap” measure to answer the court’s previous concern about how to determine the standard by which a map is unconstitutional due to partisan gerrymandering.

The efficiency gap standard suggests that votes are wasted when voters are bunched into districts to favor one party over the other. This means that the vote within a district for candidates of one party or the other reach a figure beyond that which is necessary to win.

In other words, if a district vote is consistently more than 55 percent of the vote for one party over the other, it would meet the standard of an efficiency gap.

Which way the court will rule is anyone’s guess. Justice Kennedy, presumably the deciding vote, left the window open in 2004 to hearing a partisan gerrymandering case if presented with a workable standard for deciding these disputes.

If the court were to find partisan gerrymandering unconstitutional, it would have widespread consequences, including in New Jersey.

Yet, in those same elections, Democrats ended up in control of 58 percent to 65 percent of the 80 Assembly seats.

Candidates and political parties would strive to raise and spend mounting dollars, and, without the enactment of laws to strengthen the parties, special interest independent groups would become even more dominant than they are now.

Moreover, a finding that gerrymandering is unconstitutional would result in less contiguous, compact districts, diluting the influence of many groups and individuals across the political spectrum.

In other words, urban, suburban, and rural interests would be diluted as segments from each would be merged together. Representation, therefore, might become less effective.

The Wisconsin case is a difficult one for the court. Whatever it decides will have long-ranging ramifications as well as potentially unintended consequences. 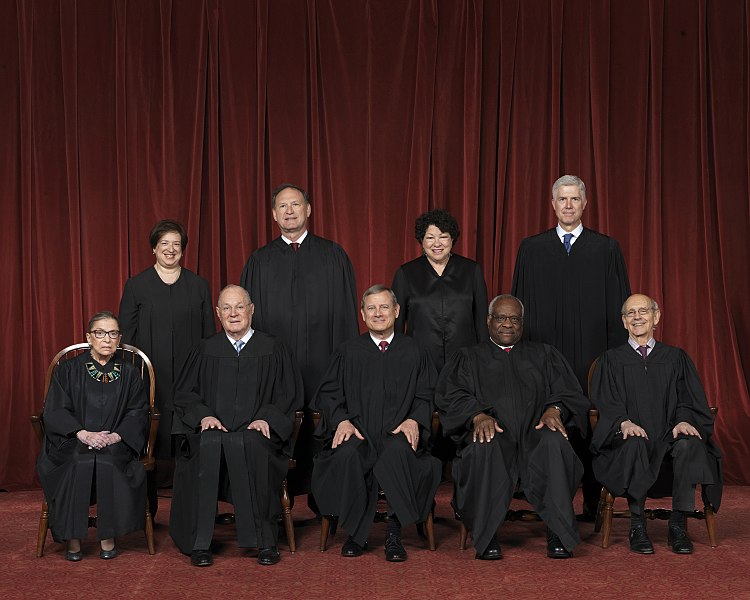