“It looks like I was collateral damage,” Siperstein said, noting that she supported Rep. Keith Ellison (D-Minn.) for DNC chairman instead of Perez in February. “I thought, very honestly, that he had the better vision, the better ideas, to make the necessary changes. But my guy lost and I was not reappointed. I think it was just a political thing. Sometimes that happens in politics.”

Siperstein, a New Jersey activist and party official who was a member of the DNC for eight years, also was removed from the national group’s executive committee.

Perez announced his roster of 75 at-large delegates ahead of this month’s DNC meeting in Las Vegas. The rest of the DNC membership consists of state-elected members, local party chairs and various Democratic elected officials.

Siperstein was one of the approximately 447 DNC members. As a member, Siperstein was a super-delegate to the Democratic National Convention, meaning she was automatically given a vote and was not bound to cast her vote for a particular candidate.

By contrast, normal delegates — of which there were more than 4,000 last year — are awarded to candidates proportionally based on primary election results. There were 28 total transgender delegates at the 2016 convention. Siperstein was the only trans member of the DNC and the only one on its executive committee until her ouster.

While Siperstein was the first transgender member of the DNC, Perez’s new membership roster includes Tennessee’s Marisa Richmond, a transgender community advocate and the founder of the Tennessee Transgender Political Coalition.

“The question is, should there only be one trans person?” Siperstein said, adding that she supports Richmond’s appointment.

Siperstein, 74, said she has experienced a groundswell of support from Democrats since Perez made his decision. In addition to Siperstein, some other longtime DNC members who supported Ellison were removed by Perez.

Kevin McCabe, the chairman of the Middlesex County Democratic Organization, wrote a letter to Perez on Friday asking him to reinstate Siperstein.

She has been a “trailblazing civil rights leader for decades,” McCabe wrote.”Thanks in large part to her work, both our party and our nation have become more inclusive, especially with respect to the rights of the LQBTQ community.”

“I never burn bridges, the door is always open,” Siperstein said. “I became an activist to make changes within the Democratic Party. I am still very much involved. This will give me more time to focus, hopefully on state issues, and hopefully, we will have a new governor and new administration soon who will be responsive to what New Jersey needs. I started off as a transgender activist but I have four grandkids and one on the way so a lot of what I do is to make the future better for them.”

Representatives from the Democratic National Committee did not immediately respond to Observer’s inquiries.

“In the wake of last November’s disastrous election our party must unify to reassess, regroup and rebuild,” McCabe wrote in the letter. “There is no acceptable reason to sideline someone who gave so much to our party and our nation.” 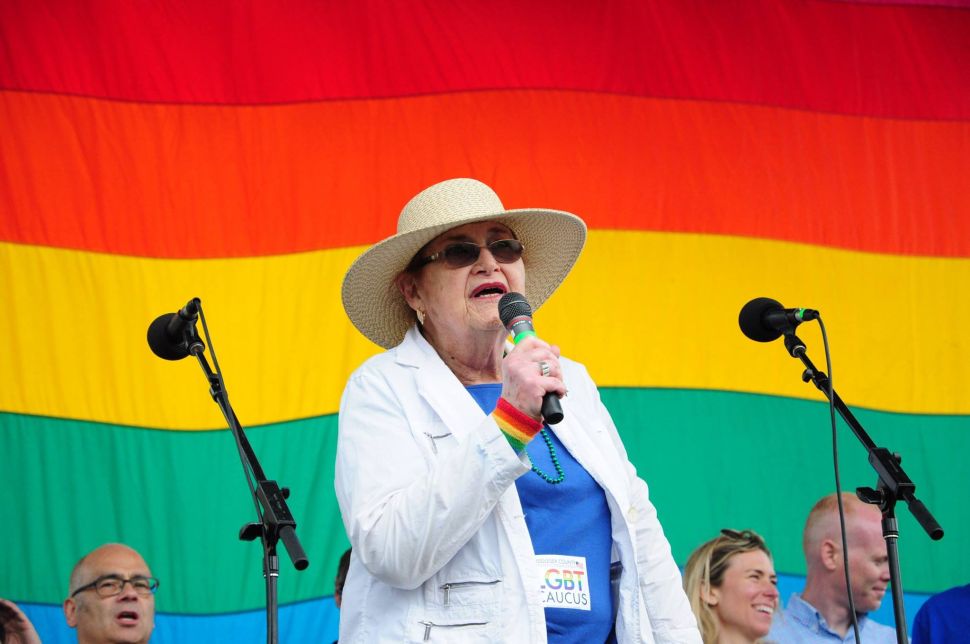