Petty, 66, was rushed to the hospital Sunday night after suffering a reported heart attack, according to TMZ. Though emergency responders were said to have been able to get a pulse, Petty reportedly had no brain activity upon arrival at the UCLA Santa Monica hospital. A decision was made to take him off of life support.

The “Free Falling” singer recently concluded a North American tour celebrating the 40th anniversary of his band, Tom Petty and the Heartbreakers. In addition to “Free Falling,” their most popular songs include “I Won’t Back Down,” “Runnin’ Down a Dream” and “American Girl.”

Petty has been awarded three Grammys and 18 nominations throughout his career. He first came to fame with the band’s 1978 hit “Breakdown.”

Born and raised in northern Florida, Petty became interested in music while in high school. At just 17 years old, he dropped out of school to join the band Mudcrutch and move to L.A. in search of a career in music.

“In my childhood, I was in such a troubled household,” Petty said of his tumultuous upbringing. “I see why I became a rock ‘n’ roll fanatic. Music was a safe place.”

The group would later disband but in 1975, he re-teamed with Mike Campbell and Benmont Tench to form Tom Petty & the Heartbreakers. Initially ignored in the United States, the group found a growing popularity in the U.K which soon spread Stateside.

Petty once said, “I’d like to see us break some new ground and leave some sort of mark on the music. That would be the nicest thing—to give something back, as noble as it sounds. If you could make some little dent in rock, where that little area is yours—that’s what I’m striving for now.”

Petty released three solo albums and 13 records with his band during his celebrated 50-plus year career. More recently, he oversaw the SiriusXM channel Tom Petty Radio along with his own interview show, “Tom Talks to Cool People.” The Heartbreakers’ 2014 album, Hypnotic Eye, earned them their very first No. 1 album.

All told, Petty has sold north of 80 million records worldwide. In 2002, he was inducted into the Rock and Roll Hall of Fame.

Legions of fans quickly took to Twitter to pay their respect to the Rock and Roll legend.

Tom Petty was one of the biggest inspirations for me as a musician. This one will hurt for a long time. Truly one of the sweetest people on earth. Rest In Peace brother.

TOM PETTY I LOVE YOU FOREVER

Tom Petty sang the catalog of my life; my adolescence, college, my journey since.

Tom Petty's music really means a lot to me. Always has. Damn. 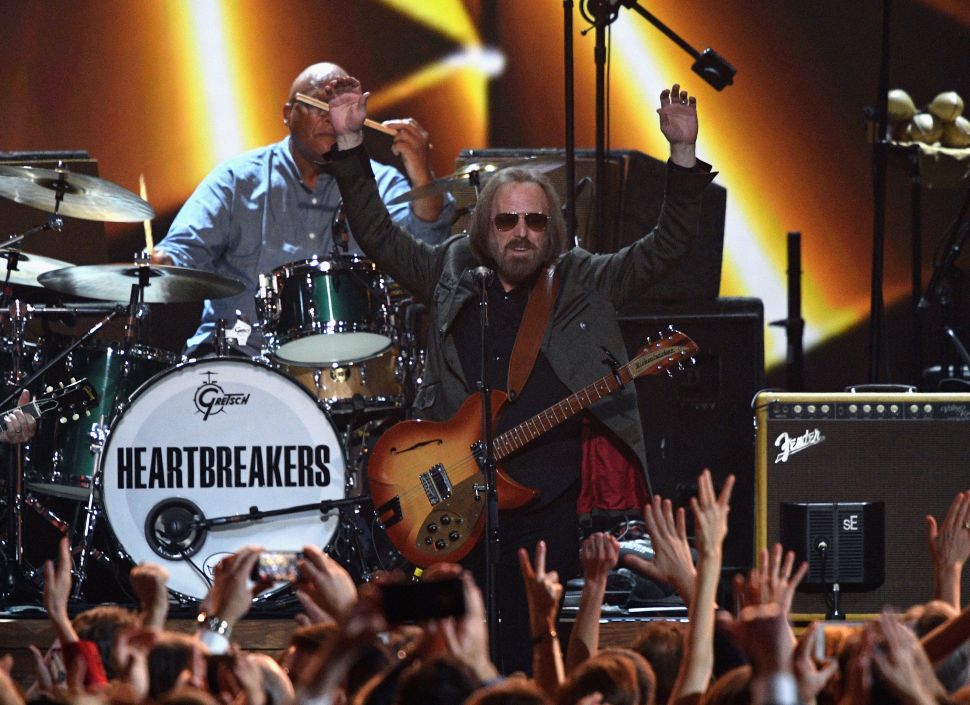