Although the 2020 presidential election is three years away, President Donald Trump is building his war-chest. He is also hemorrhaging millions of dollars on legal fees.

According to filings with the Federal Election Commission that were made public over the weekend, the Trump campaign operation raised $11.6 million between the start of July and the end of September. The fundraising was orchestrated by Trump’s campaign and two joint fundraising committees working alongside the Republican National Committee. The quarterly intake dipped compared to the previous three-month period, when the three entities raised $13.9 million.

Of the $11.6 million raised, the Trump campaign reported spending roughly $4 million. $1.1 million went towards “legal consulting.” $802,185 was paid to the law firm Jones Day (which represented Trump during the campaign), $237,924 to Alan Futerfas (who is representing Donald Trump Jr. in the Russia probe), and $30,000 to the law firm Williams & Jensen. The legal spending was nearly twice as much as the campaign spent during the prior three months, coinciding with the Russian investigation and a recent subpoena from a former contestant on The Apprentice claiming the president sexually assaulted her.

The Trump campaign also reported spending $95,241 at Trump properties during the past three months; half of which was for the campaign’s rent at Trump Tower in New York City, with other funds going to lodging at the Trump International Hotel in Washington D.C.

Fundraising during a president’s first term has steadily increased under prior administrations. According to US Naval Academy historian Brendan Doherty, Ronald Reagan attended 80 fundraisers during his term term, Bill Clinton 167, and George W. Bush 173. During his first year in office, former President Barack Obama attended 28 political fundraisers that raised over $27.25 million.

Trump’s first term occurs following Citizens United, a 2010 landmark ruling that pumped the political landscape with donor funds (Citizens United’s president and chairman David Bossie even served as deputy campaign manager for the Trump campaign). It also coincides with the breakdown of traditional political institutions that would otherwise shackle the president to the will of the party.

In the past, a major political party financing the necessary legal fees to fend off sexual assault charges and a major FBI investigation was unthinkable. However, Trump’s ability to self-finance his campaign, profit off the campaign’s use (and government’s use) of properties owned by his family’s company, and hawk merchandise has created his own insulated network. When combined with other GOP networks, a new infrastructure emerges that allows the president unprecedented power in raising funds and spending them how he sees fit. 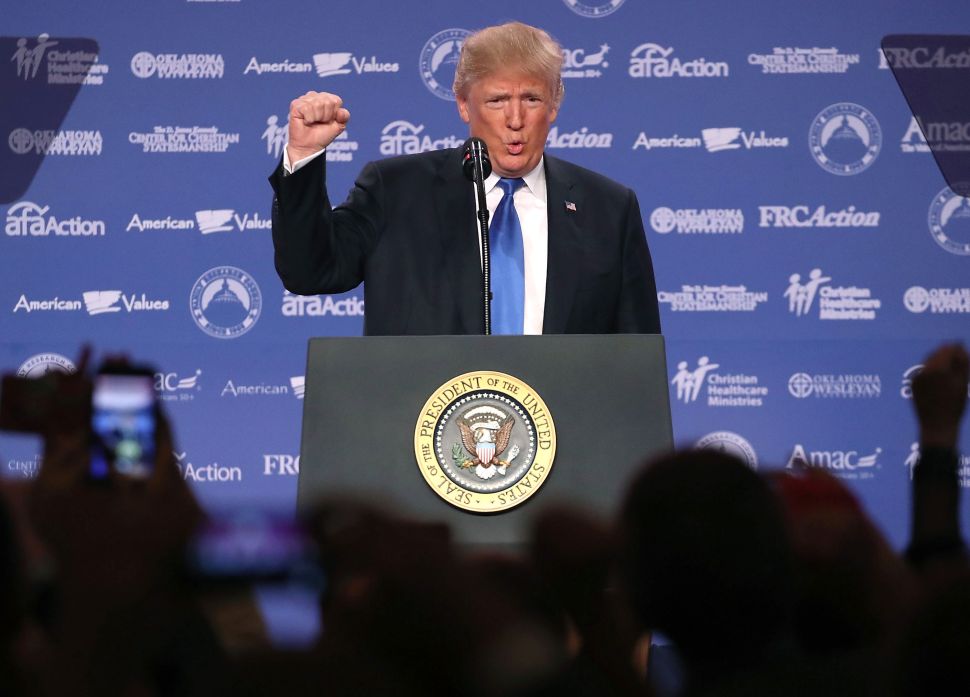